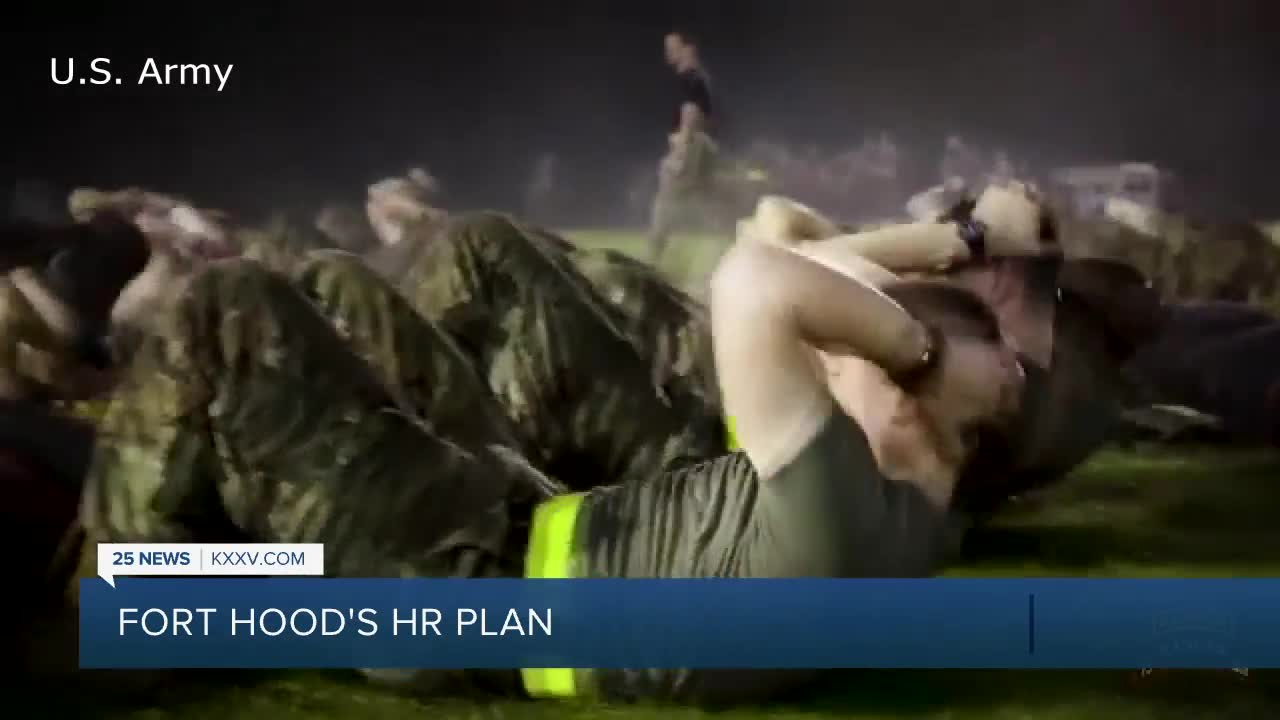 FORT HOOD, TX — If you've followed our Fort Hood coverage, 25 News has chronicled the problems on post and how a single case became the tipping point that sent the Army into an introspective retreat.

A leader at a top human resources (HR) firm in Texas believes it can work.

"Leadership requires action. We must reset here at Fort Hood and return to the fundamentals of leadership at every level," said Maj. Gen. John B. Richardson IV, now Commanding General III Corps & Sr. Commander Fort Hood, at a ceremony marking his installation.

Fort Hood's newly-arrived commanding officer hit the reset button on practically every process involving interaction between soldiers on post. He intends to bring concepts that have worked for the private sector into a new way of managing men and women of America's fighting force.

"I think they are concepts that actually work. I think that is a place for the military to start," explained Melanie Toliver, managing director of The Hopkins Group Human Resources in Dallas.

She describes Maj. Gen. Richardson's plans as based on solid H.R. principles.

The plan starts at the top.

"I have a plan of action to baseline expectations of a chain of command to ensure our leaders understand the responsibility to know and care for America’s sons and daughters," said Maj. Gen. Richardson.

He aims to get a conversation going by teaching leaders to ask difficult questions resulting in uncomfortable conversations, but the kind which reveal who each of us really is.

He hopes a bridge of understanding will make for a stronger team. Toliver says it does.

In the Army where each life and each mission depends on the trust within a team, that information can make it or break it.

"Once you develop the level of cohesion and trust we want to see with somebody, you’re going to intervene to protect them," he said.

True, says Toliver, who applauds the Army for following the lead of successful businesses and not just tackling Fort Hood's deep systemic problems "the Army way."

"I think it's good they're thinking in this vein and that they do realize it is something they need to look at and is critical right now," she said.

Toliver says the plan may not make sexual assault and race issues disappear, but it will help point to potential problems, make them more manageable and help create better understanding.

"At least he [Maj. Gen. Richardson] has hit the reset button, and he is a aware that there needs to be change within the organization," she said.

Maj. Gen. Richardson believes if his plan works, the Army may see a rise in reporting as officers feel more at ease talking about problems, but over the long term, he believes the open lines of communication he hopes to create will stop problems before they start.