How the case of Spc. Vanessa Guillen forced the Army to face unpleasant truths 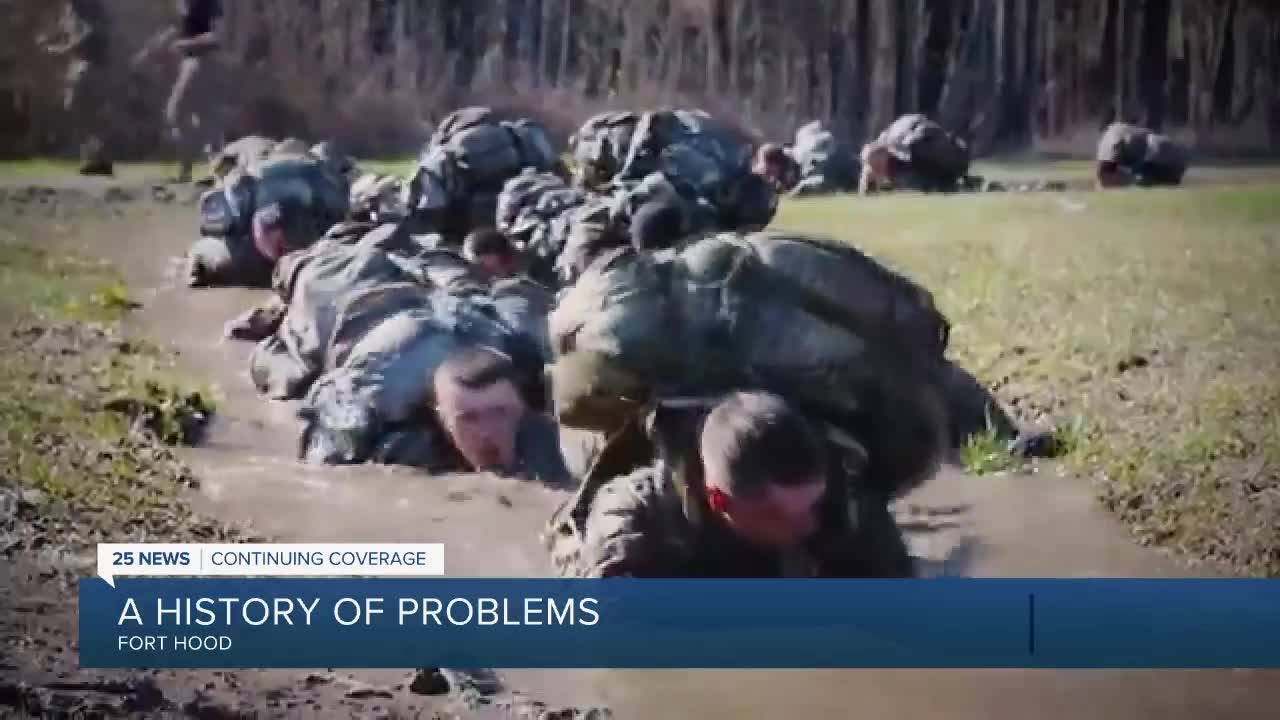 FORT HOOD, TX — If all goes according to plan, Fort Hood could become a very different place in the year ahead.

Massive changes in the way the Army operates will soon begin after many soldiers from the post disappeared or died. But one case proved to be the tipping point.

The case of Specialist Vanessa Guillen started a wildfire that even the United States Army couldn't put out.

The disappearance of soldiers from Fort Hood is nothing new. Soldiers who found they didn't fit in or for some reason couldn't do the job have deserted since the days of the Roman Empire.

But in the last few years, they seemed to pick up in pace on Fort Hood, with several not just disappearing but turning up dead.

The case of Spc. Guillen wasn't just any case, it was the case that had the U.S. Army on the run.

"She signed a contract with the Army to protect and serve the country... yet look how they treated her as if she was nothing," cried Lupe Guillen, Vanessa's sister.

Families of missing soldiers told us they had become fed up with the Army's handing of their cases long before the Houston-native disappeared from an armory on post.

But the way the Guillen family took their story public, along with increased awareness of crimes targeting women, made for a perfect storm.

Suddenly, the Army, an unapologetically stalwart organization if there ever was one, suddenly started offering apologies.

"And I am really sorry that I was not able to provide them information sufficient to reduce their suffering," said Major General Scott Efflandt, now Fort Hood Deputy Commander, almost tearfully.

When Guillen turned up dead, reportedly at the hands of another soldier, the Army lost credibility in the eyes of her family and many others as questions about lax supervision started to circulate.

Suddenly the Army Brass realized the Guillen family had them on the defensive, territory unfamiliar to the world's strongest fighting force. The fracture in trust not just with families but with the soldiers themselves threatened the Army's very core.

"It takes a shot at the system. It rattles the system of the trust that you have to have in this profession because of just how hard it is, what we do around the world," explained McCarthy.

Because he says an army cannot effectively operate if it's solders act only in the name of "self-preservation."

"We rely on these units to protect our way of life," he added.

As the Army started taking a beating in public opinion, its leaders fell back on the best defense they knew- a good offense.

"What happened to Vanessa Guillen was absolutely horrible and we're going to do everything we can to uncover everything that happened identify the folks who were involved and insure that they're held accountable," insisted Gen. Michael X. Garrett, Commanding General of the U.S. Army.

But the damage was done. The Army and Fort Hood, under a microscope and on a short leash from the Pentagon, had to adapt or die.

"Vanessa Guillien did not deserve this," said her sister Lupe. She believes perhaps the United States Army does.