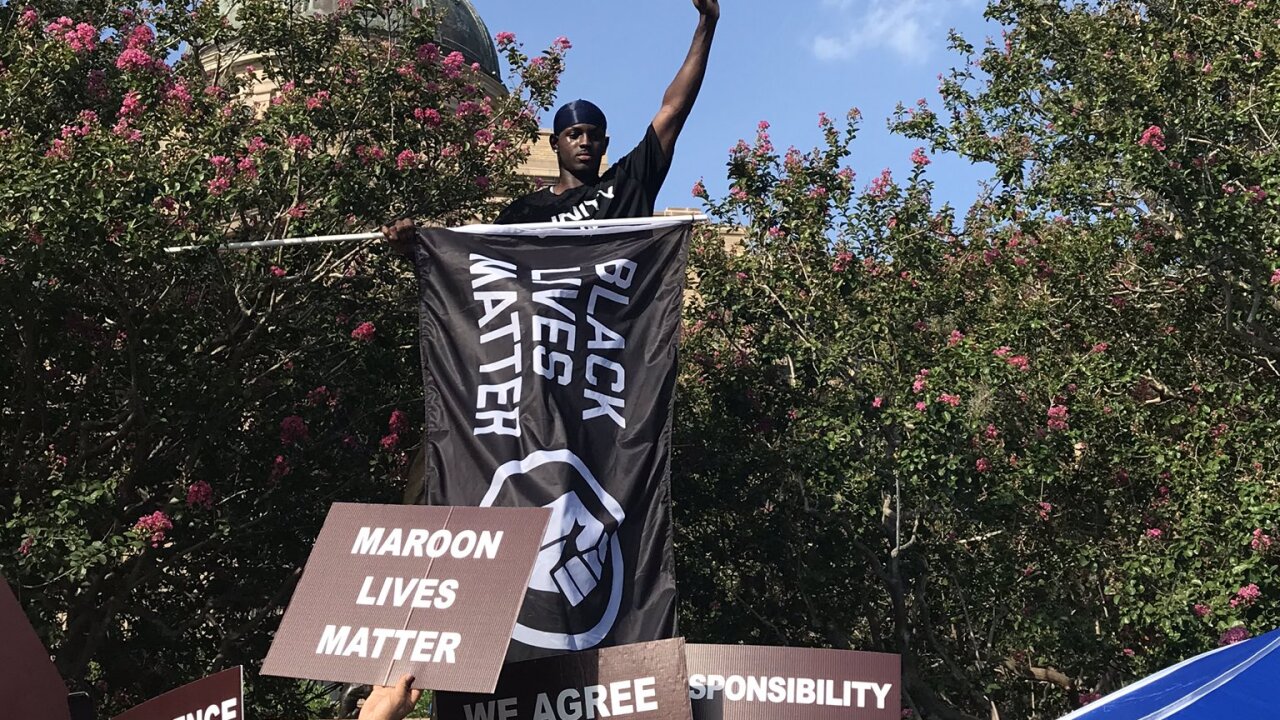 COLLEGE STATION, TX — Protesters and counter-protesters collided by the Sully statue on the Texas A&M University campus on Sunday.

Texas A&M University "Aggies of Color in Coalition" planned a protest by the monument on July 12 "calling for an end to institutional racism at Texas A&M."

A group defending the Sully statue also showed up to the protest.

During the demonstration, Texas A&M track and field athlete Infinite Tucker climbed to the top of the statue to wave a Black Lives Matter flag, according to his Twitter.

The Lawrence Sullivan "Sully" Ross statue on the Texas A&M University has created an uproar with petitions and protests for and against the removal of the Confederate monument occurring in the last few months.

Texas A&M President Michael Young created both a task force and commission to review race relations and historic representations on campus, including a review and recommendation on the Lawrence Sullivan Ross statue in June after it was defaced.