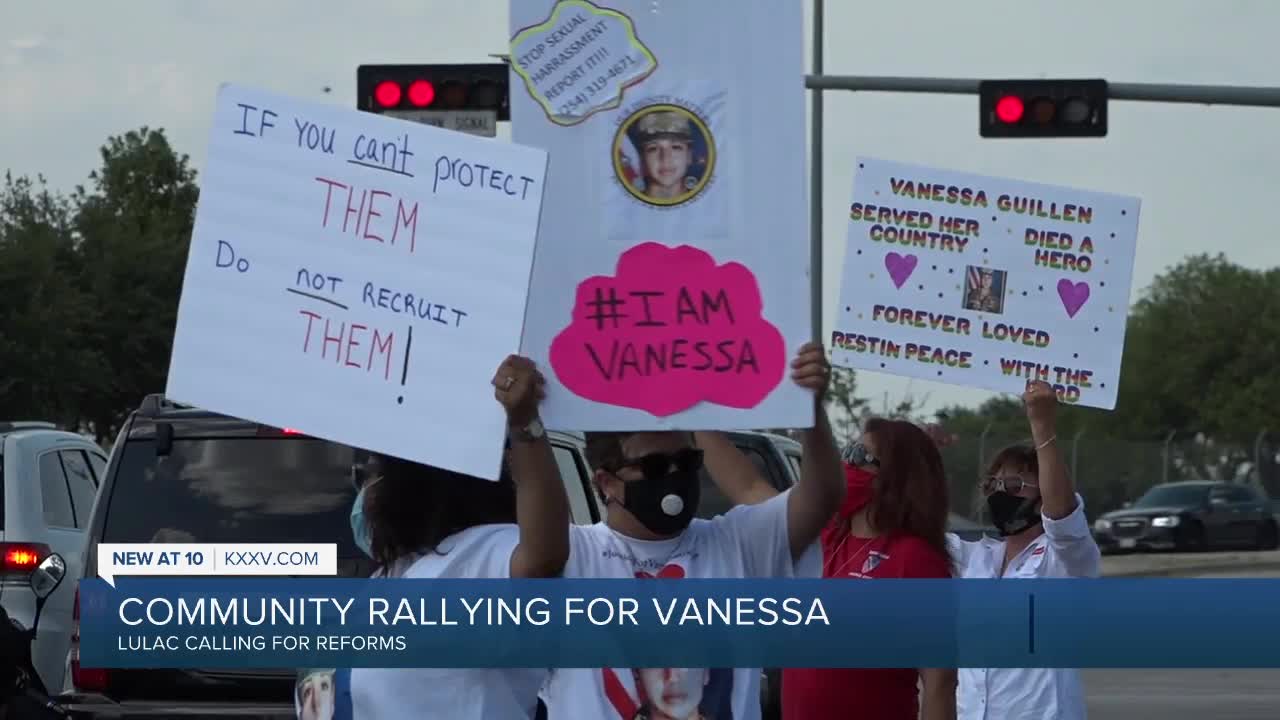 FORT HOOD, TX — Protesters across the nation are calling for justice.

A number of protesters lined up outside the gates of Fort Hood Friday night to demand answers and major reforms within the Army in response to Spc. Vanessa Guillen's death and the loss of Private Gregory Morales, whose remains were also recently found​.

"Justice is the utmost because when you damage somebody's life, you don't just damage that one person, you damage the whole generation and the whole lineage that comes from that young lady, young gentleman," said AnaLuisa Tapia, District Director for District 17 LULAC Central Texas.

Guillen disappeared from Fort Hood on April 22. Human remains found near the Leon River on June 30 have since been confirmed to be of the missing Fort Hood soldier.

Investigators now believe two suspects dismembered Guillen's body and attempted to burn it after she was bludgeoned to death.