Playing the market is a bad idea, especially now 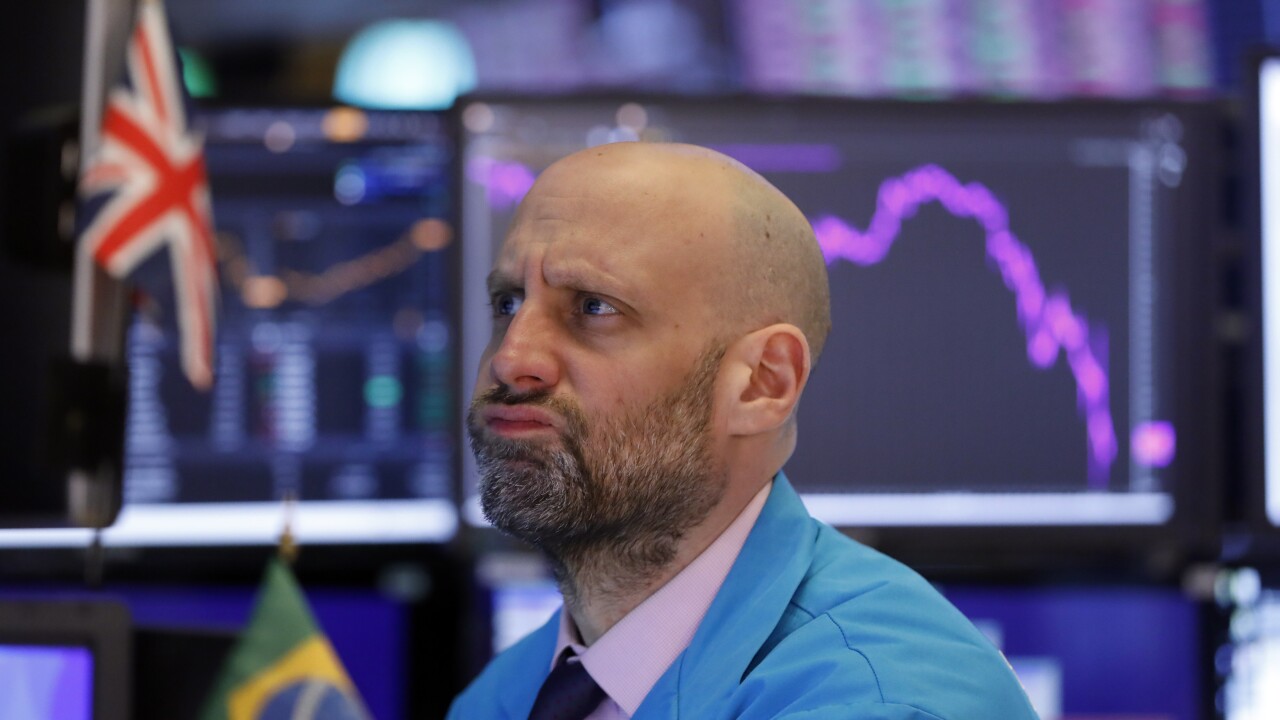 Copyright 2019 The Associated Press. All rights reserved
Richard Drew/AP
Specialist Meric Greenbaum works at his post on the floor of the New York Stock Exchange, Monday, March 9, 2020. The Dow Jones Industrial Average sank 7.8%, its steepest drop since the financial crisis of 2008, as a free-fall in oil prices and worsening fears of fallout from the spreading coronavirus outbreak seize markets. (AP Photo/Richard Drew)

The current day trading boom will end as these frenzies always do: in tears. While we wait for the inevitable crash, let’s review not only why day traders are doomed but also why most people shouldn’t trade, or even invest in, individual stocks.

Day trading basically means rapidly buying and selling investments, hoping to profit from small price fluctuations. Brokerages have reported a surge in trading and new accounts this year, starting with March’s stock market crash when investors rushed in looking for bargains. As pandemic lockdowns kept people from their jobs and classrooms, trading continued to soar, especially among young adults.

The poster child for this gold rush is Robinhood, a commission-free investing app that uses behavioral nudges to encourage people to trade. Robinhood added over 3 million accounts this year and in June logged more trades than any of the established, publicly traded brokerages. More than half of its customers are opening their first investment account, the company says.

People can start trading with small amounts of money because Robinhood offers fractional shares. In addition to stocks and mutual funds, the app allows trading in options, cryptocurrencies and gold. Customers start out with a margin account, which allows them to borrow money to trade and amplify both their gains and their losses.

Alexander Kearns, 20, is one example of what can go wrong. The University of Nebraska student killed himself after seeing a $730,165 negative balance in his Robinhood account. The novice trader may have misunderstood a potential loss on part of an options tradethat he made using borrowed money as a loss on the whole transaction. In reality, he had $16,000 cash in his account when he died.

Research has shown that the vast majority of day traders lose money, and only about 1% consistently get better returns than a low-cost index fund. A rising stock market, and a flood of inexperienced and excitable investors willing to bid up stock prices, has convinced more than a few day traders that they’re part of that 1%. They’re being egged on by the few people who actually will make money: the hucksters selling seminars, e-books and strategies that purport to teach you how to successfully trade.

Stocks overall are an excellent way to gain wealth over the long term. If you can weather the downturns, stocks historically have offered good returns.

Those downturns can be doozies, however. Stocks lost half their value during the Great Recession that started December 2007. The market lost nearly 90% of its value in the early years of the Great Depression.

Extended downturns have popped previous day trading bubbles, including the one that formed during the dot-com boom. The Nasdaq composite stock index rose 400% in five years, only to lose all of those gains from March 2000 to October 2002.

Markets that go down eventually come back up. That’s not true of individual stocks. Any single stock can lose value, sometimes all the way to zero, and never recover.

The sensible way to hedge that risk is diversification. That means buying stocks in many, many companies, including companies of different sizes, in different industries and in different countries. That’s prohibitively expensive for most individual investors, which is why mutual funds and exchange-traded funds are a better bet.

There’s no such thing as a free trade

Another way to grow wealth is to minimize investing costs. That means trading less, not more, because trading incurs costs even when there are no commissions involved.

Investments held more than a year benefit from favorable capital gains tax rates, for example. Those held less than a year are taxed as income if the trade wasn’t made in a tax-deferred account such as an IRA.

Another way cost is incurred is in what’s known as the bid/ask spread. The banks and financial institutions that facilitate trading in various stocks are called market makers. They offer to sell stocks at a certain price (the ask price) and will purchase at a slightly lower price (the bid price). People who trade stocks instantly lose a little money on each transaction because of this difference. That’s not a big deal for infrequent traders, but the costs add up if you churn stocks in and out of your portfolio.

The biggest potential cost, though, is that every trade exposes your portfolio to the many ways we humans have of screwing up our money. We’re loss-averse and we want to avoid regret, so we hang on to losing stocks. We think that we can predict the future or that it will reflect the recent past, when this year should have taught us that we can’t and it won’t.

We also think we know more than we do, a cognitive bias known as overconfidence. If you’re determined to trade, or day trade, don’t gamble more than you can afford to lose, because you almost certainly will.

This article was written by NerdWallet and was originally published by the Associated Press.