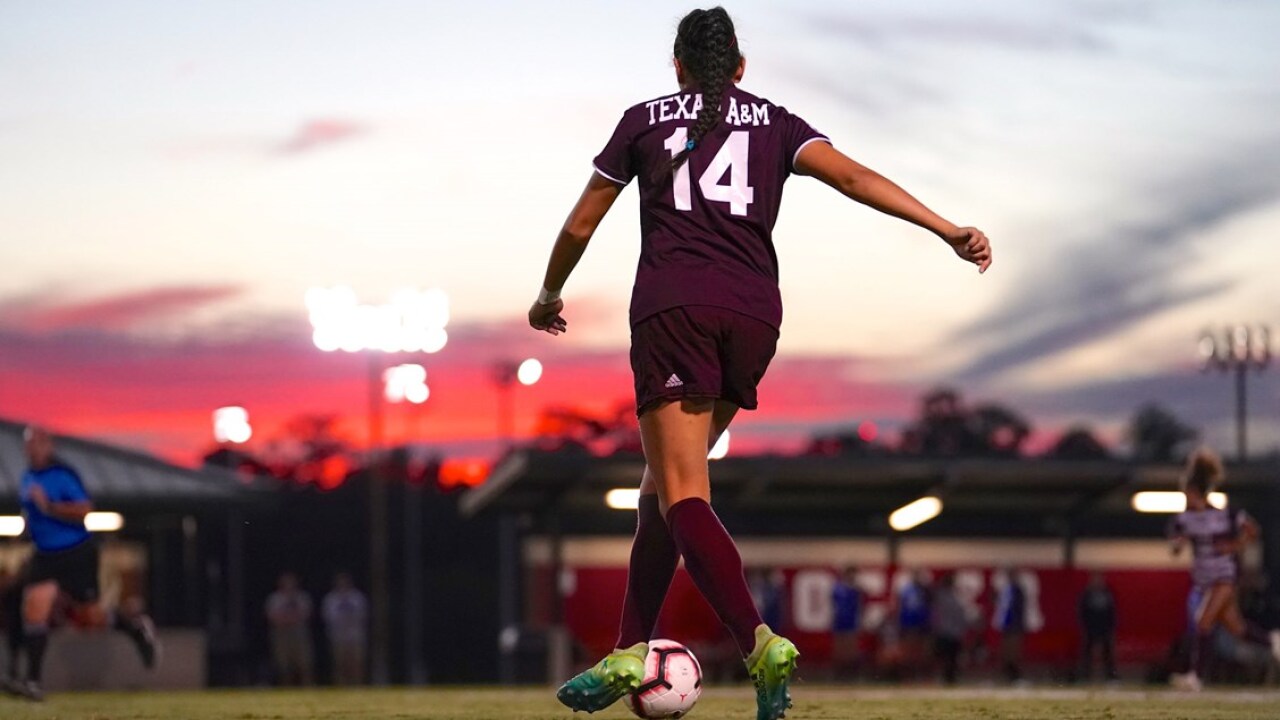 López played the entire 90 minutes on the Mexico backline as El Tri held Jamaica to just seven shots in the shutout.

Mexico returns to action in Group A round-robin play Wednesday with a 10 a.m. match against Paraguay. Action can be seen on ESPN Deportes and ESPN3. The final group match is Saturday against Colombia.

As a sophomore, López played in 21 matches for Texas A&M, including 18 starts. She logged nine points on three goals and three assists.

López had a banner 2017 as a freshman with the Aggies. The defender started 20 matches for the Maroon & White, including 10 starts. She racked up seven points on three goals and one assist. López was named the SEC Freshman of the Week after scoring twice in the opening weekend while playing a part in an Aggie defense that recorded back-to-back-shutouts.