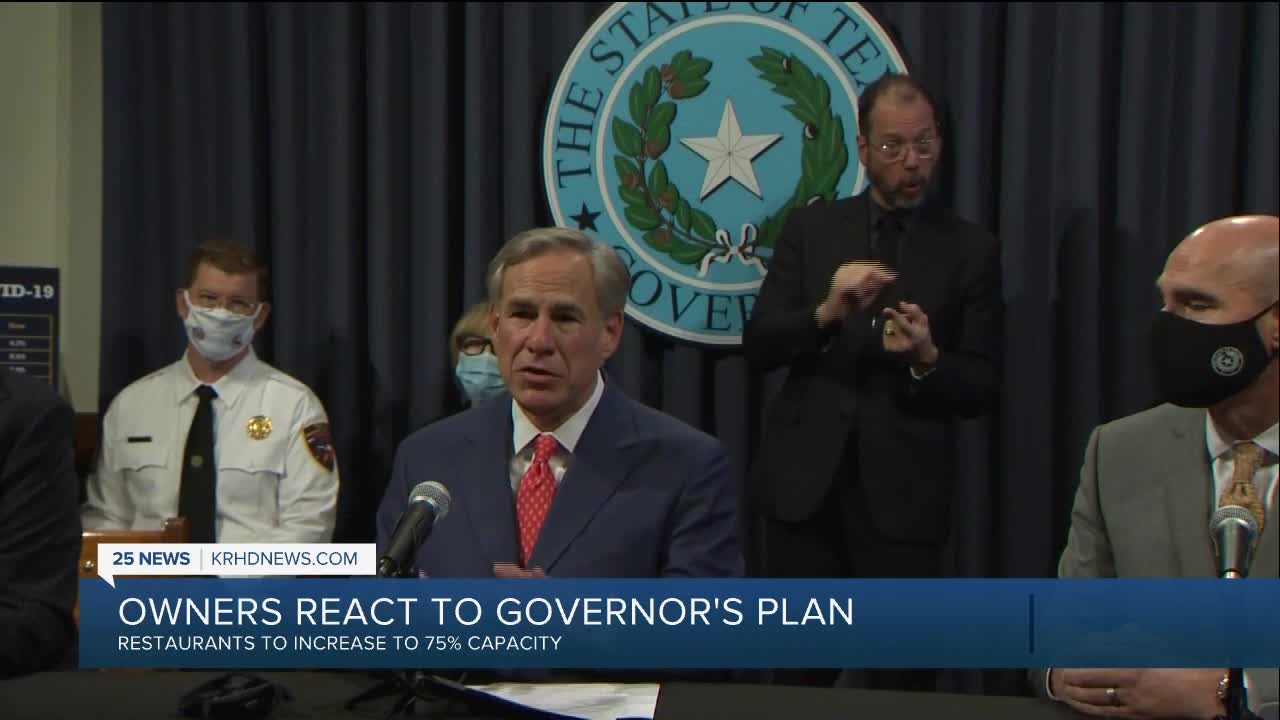 BRYAN, TX — Caffé Capri in downtown Bryan has been working through the challenges of COVID-19.

”Ever since March we had to shut down our dining room and we remained shut down for five months since then, so of course the hugest challenge was finances,” said owner Rami Cerone.

Cerone has been anticipating reopening with a few of his own guidelines in place.

”We’re even less than 50% percent, and we’re just starting slow and putting our footsteps in trying to stay as safe as we can while still staying afloat,” he said.

On Thursday, September 17, Governor Greg Abbott gave the go-ahead for restaurants to increase to 75% capacity.

”When hospitalizations are low it means that COVID is better contained in that region and that business can reopen,” Governor Abbott explained during Thursday's press conference. “Those openings can begin as early as Monday September the 21st."

Caffé Capri, like many other downtown Bryan restaurants, says that 75% will allow larger crowds especially during their evening hours.

”It doesn’t change anything for us because of the six-foot distancing and the size of our restaurant. It’s good to have the option. We’re looking into putting partitions into every booth and once that six-foot distancing is satisfied, we could seat more people,” said Cerone.

Although Caffé Capri has restraints due to the size of their venue, they are still very excited for what’s to come in the near future.

”Now it’s exciting we can see the light at the end of the tunnel, so this is the new normal and every day is a new normal for us so we’re just taking small steps and becoming fully occupied again,” said Cerone.