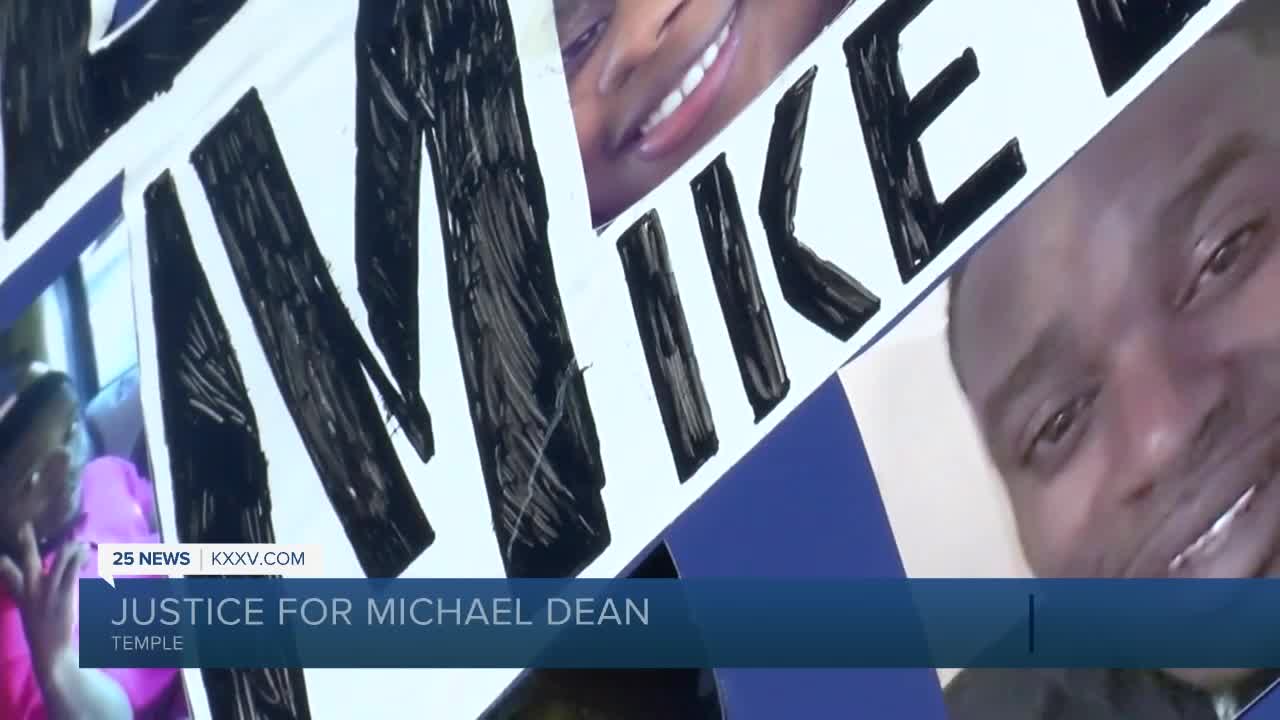 The Temple chapter of the NAACP hosted a third protest in honor of Michael Dean on Jan. 13.

Community members gathered at the Bell County Justice Center in Belton, TX in a continued call for answers.

Dean was killed in an officer-involved shooting in Temple on December 2.

The Southwest Institute of Forensic Sciences has cleared the death of Michael Dean a homicide by gunshot wound to the head.
wh
A peace officer involved injuries or death report shows that Michael Dean did not carry, exhibit or use a deadly weapon when he was killed by a police officer.

This is the third protest in honor of Dean's death. The Temple chapter of the NAACP also hosted protests on Jan. 6 and Dec. 11.