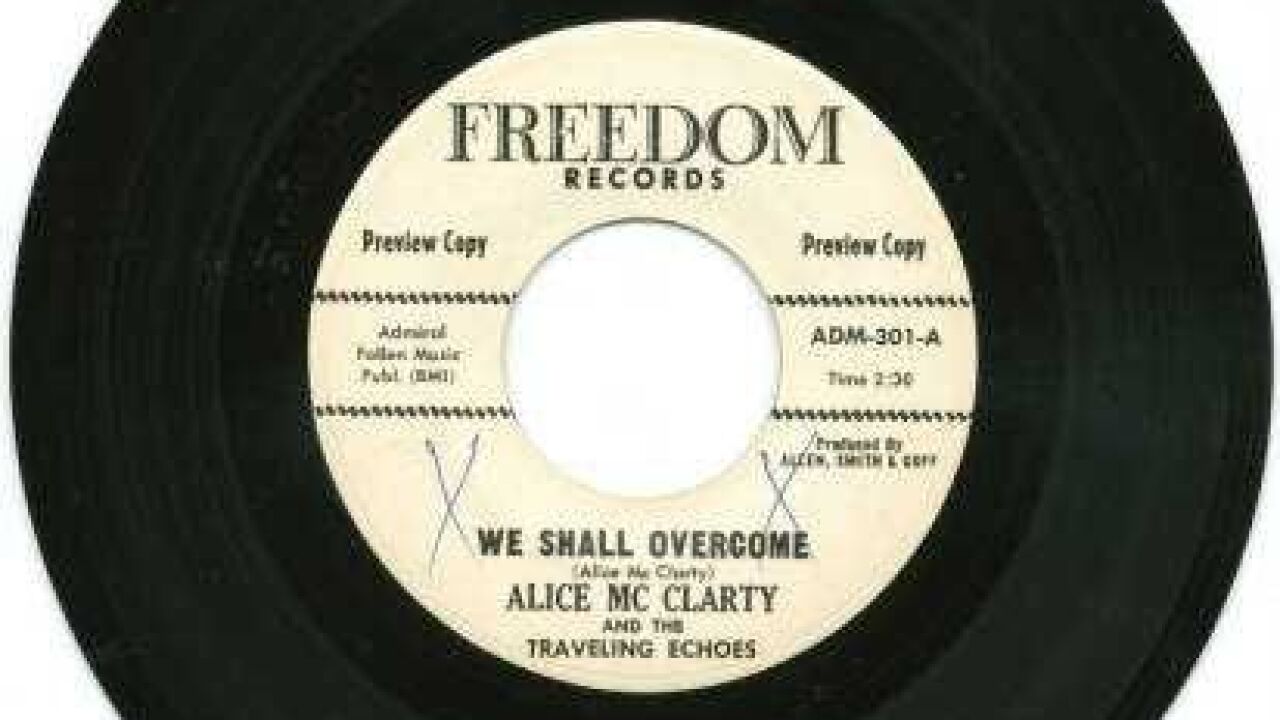 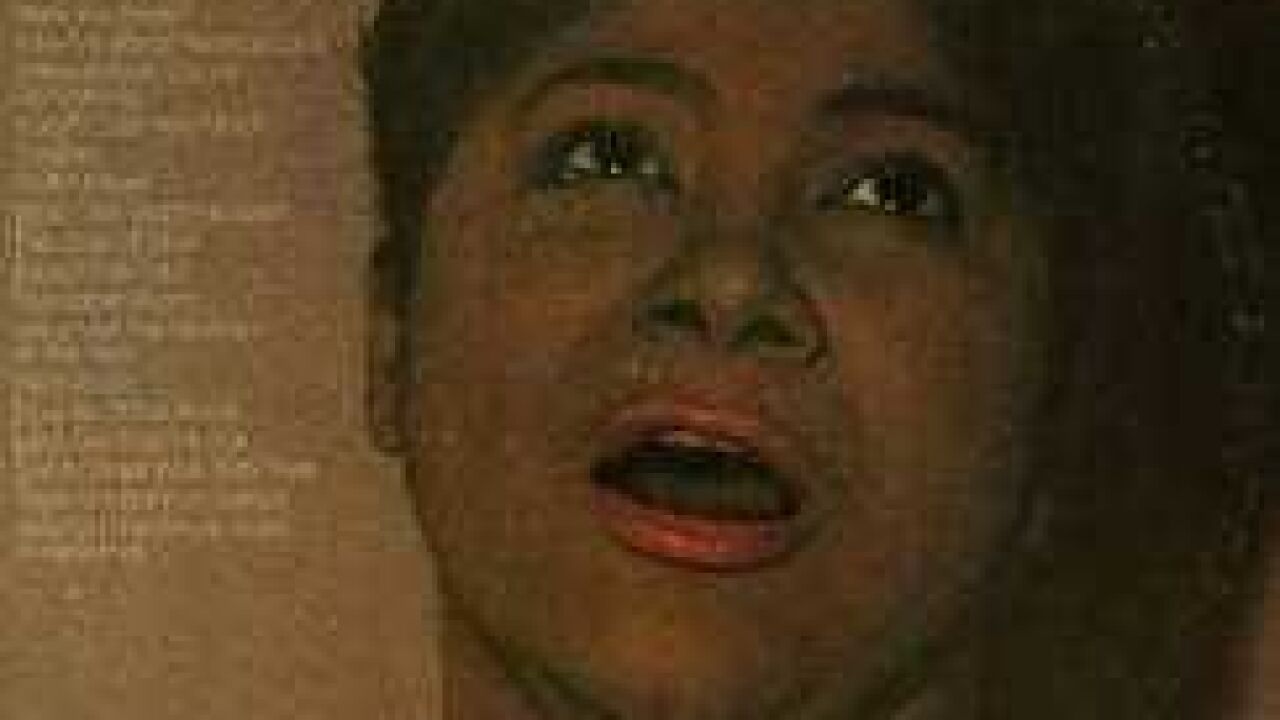 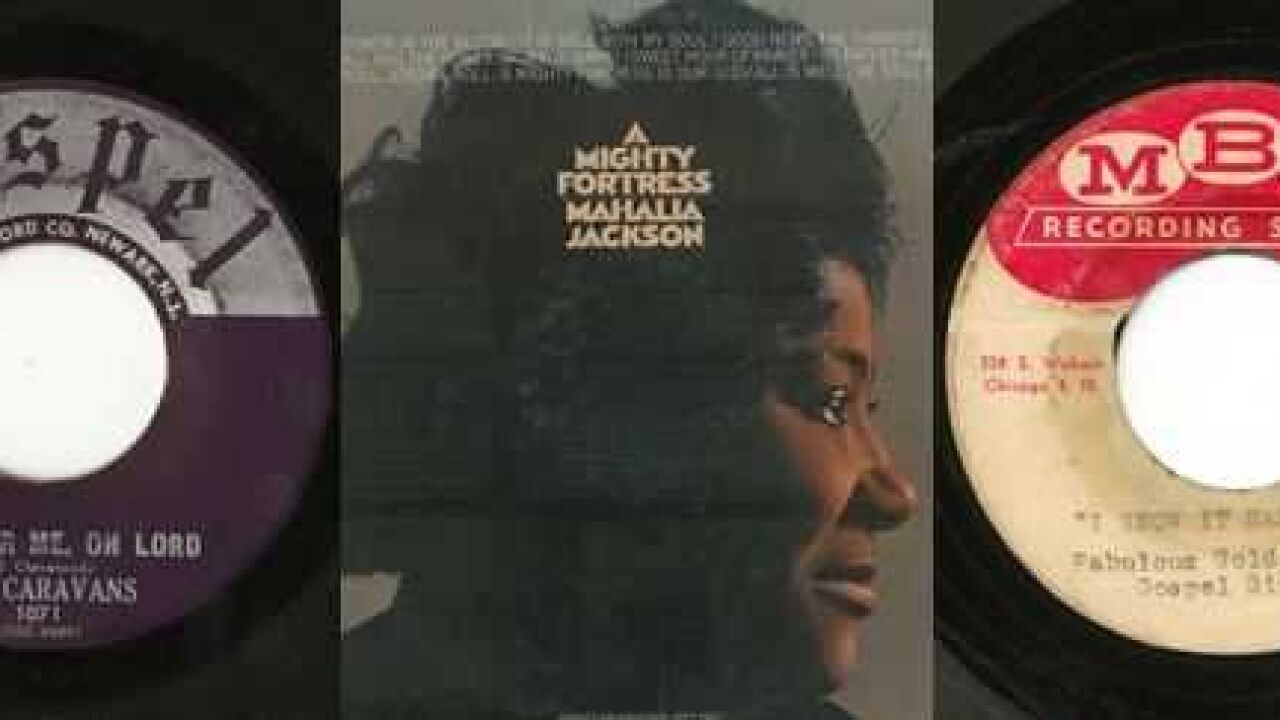 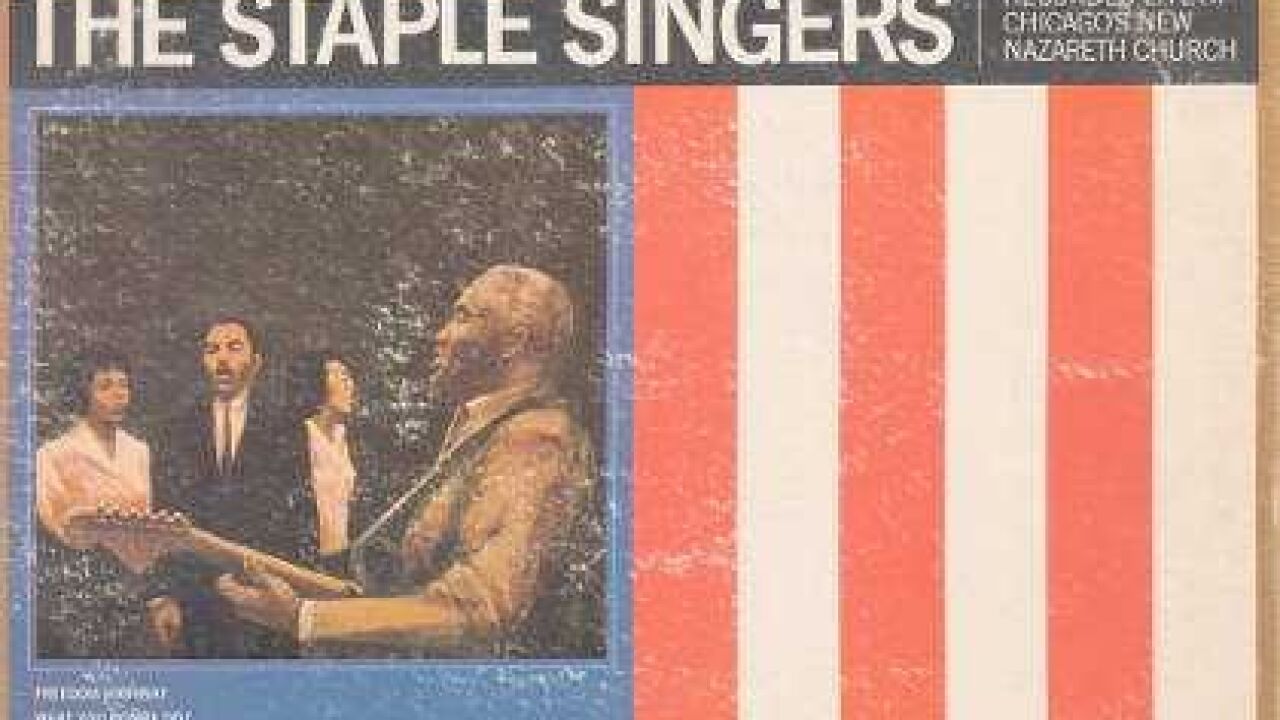 Dr. Martin Luther King Jr.'s famous "I Have A Dream" speech is archived in the King Library in Atlanta.

The Library of Congress cataloged the words and images that changed a nation to preserve them forever. At every march, every protest, gospel music was the soundtrack of the Civil Rights Movement.

Voices like Mahalia Jackson was called "once in a millennium" by Dr. King himself. But the music, the words are at-risk of disappearing entirely.

A Baylor professor estimated 75 percent of the vinyl of Gospel's Golden Age (1945-1975) was unavailable and probably lost. Until he used his voice to save the music and now the work of The Black Gospel Restoration Project is expanding.

The souls that drive past the historic Toliver Chapel Baptist Church in Waco are just steps away from a spirit that can move darkness into the light.

"What makes gospel music relevant is that it comes from the heart and the imagination of individuals. And so for that reason, it's relevant," said Dr. Horace Maxile.

On the bench, with his fingers on the organ's keys, Dr. Maxile steals away a moment Sunday morning to feed the flock. Toliver Chapel Choir is considered one of the best in the city.

"When did you know you had a heart for music and it was something you would spend your life doing?" asked Central Texas News Now Anchor Lindsay Liepman.

"Oh, wow. I knew that I'd rather do music than a lot of things. I'd rather play piano than just about anything else," said Dr. Maxile.

The Baylor Music Theory Professor's earliest memory of the sacred sound was his grandfather Clifton Toney in Louisiana, sitting down to the piano on Fridays.

"He would slip away after dinner right between the news and 'Dallas' and he would slip in the living room to play spiritual songs," said Dr. Maxile.

It was a ritual he recreated at his grandfather's funeral decades later.

Music, Dr. Maxile says, is not just a sonic sound, something to possess, but a place you can go...an escape. He listens with 18th Century ears when a song survived in just a single moment, no playback button to press.

"It's very important to be aware of the gift of the moment and the gift of music and what it brings to others," said Dr. Maxile.

Gospel was the soundtrack of the Civil Rights Movement. "The Scorpions" played the same notes at the fall of the Berlin Wall and now Black Lives Matter and the Women's movement have claimed the sound for themselves.

"This music is in the DNA of people who are trying to fight for justice and civil rights. It needs to be preserved," said Dr. Robert Darden, a journalism professor at Baylor University.

Professor Darden's deep appreciation for the music changed the world's access to it forever.

"Every day I feel this sense of urgency that the clock's ticking on the music that told the story of a population that didn't have anybody else to tell that story for 40 years," said Prof. Darden.

Gospel has always been an oral tradition, he says. The great voices study at the feet of the person who came before but what has been recorded mostly within the walls of churches across the country is scattered and degrading in church basements, attics and private collections. He was compelled to act.

"I would write about a song that changed America or was influential in the civil rights movement, I couldn't hear it. So, I wrote an editorial that I sent to the New York Times. If we let this music disappear, future generations are going to deal with us really harshly," said Prof. Darden.

The paper published the editorial. You can read it here.

As if the Lord had already prepared a way, a donor read the article and came forward with a promise to fund the project if Darden could save the music.

"And that was the beginning of The Black Gospel Restoration Project," said Prof. Darden.

A digital lab was built in the Crouch Fine Arts Library on Baylor's Campus. More donors came forward to secure a sanctuary of sorts with the world's best speakers from Germany and Europe and digitization equipment to systematically restore and preserve the music, song by song.

A lot of the items the lab receives are in pretty bad shape. The lab receives items, will pay for the shipping, cleans it, digitizes it and then sends the original back to its owner.

If there is a hung groove or a groove skips, the lab's engineers can fix it on the turntable during transfer.

Every day is Sunday in the lab.

More than 14,000 items have now been digitized but as the work began over a decade ago, the lines would blur between the music and the message. Most preachers also sing.

Recently, the project began to save sermons as well.

Recently the work of the great Rev. Clay Evans of Chicago was digitized. Almost a thousand Sunday sermons.

"It's very exciting if you can save that material," said Sturh.

The curious question for some is how did a white professor from Baylor become the crusader to save Black Gospel music? The answer: he was born to do it.

"I grew up in the U.S. Air Force which was integrated before the rest of the country and my friends were African American and I was in and out of their houses and they were in and out of mine. And this was the music that their parents were playing," said Prof. Darden.

It became the soundtrack of his life.

And after giving so much to gospel, he has also been given a gift in return. Specifically, a special moment one day when he was called to the lab to hear a two minute and 45 seconds by the "Mighty Wonders of Aquasco, Maryland."

"When it was over I was in absolute tears," he said.

Darden went to look for The Might Wonders, but found nothing. What he did find was during the Civil War, Aquasco, Maryland, was the site of some of the worst atrocities as plantation owners rather than free slaves would slaughter them to stop them from joining the Union Army.

"In the middle of that, these men went into their church. Their wooden church and sang there's nothing but love in God's water. Get on board...black or white. I was so compelled to find how you can do that in the face of such hatred. Standing on the ground that was soaked in the blood of your ancestors," said Prof. Darden.

He persevered and found a surviving member of The Mighty Wonders, who can now hear his own music again. They believed in a cloud of witnesses and every time The Mighty Wonders would sing, they knew they were doing the right thing.

"That's why they recorded it and that's why it needs to be saved," said Prof. Darden.

The future of gospel is safe in the cradle of the Toliver Chapel Choir and the other voices that lift their song as an offering. Dr. Maxile considers it a noble effort that the stories of the past have now come home.

"Context is everything," he said.

"And then you hear that song and it gives you chill bumps that something else cannot match," said Liepman.

You can learn more about The Black Gospel Restoration Project at their website. The project has teamed up to work with the creative part of the permanent musical crossroads exhibit at the Smithsonian Institution's National Museum of African American History and Culture.

"Texas Voices" airs every Monday at 6:30 p.m. on Central Texas News Now to feature the artists, musicians and creatives in our great state.