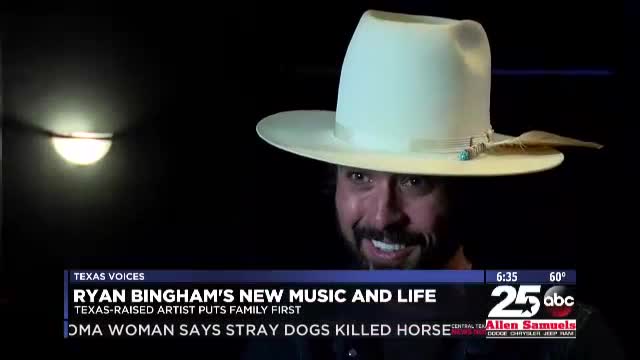 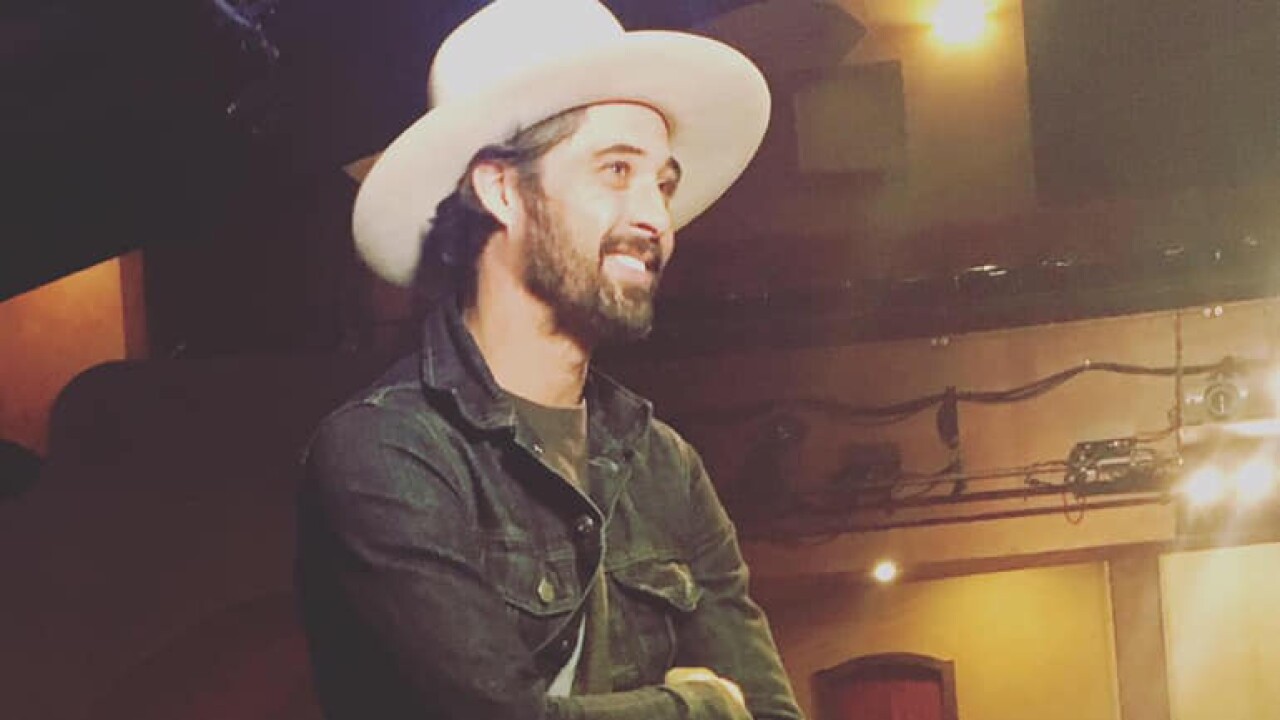 Oscar and Grammy-winning singer-songwriter Ryan Bingham is in the prime of his life.

The Texas-raised artist has a new album out on Feb. 15 and will resume his role in 2019 as a ranch hand on the #1 new drama series "Yellowstone."

Central Texas News Now Anchor Lindsay Liepman sat down with Bingham when he stopped in Central Texas to talk about what really matters in his life, his family.

"Success to me is not material things. It comes in different forms of just happiness and family," said Bingham.

The saying "All hat, no cattle" is not Ryan Bingham.

"It's kind of where I come from and how I grew up too a little bit of a rebellious attitude," said Bingham.

"That doesn't go over in the kind of places I've played. Bars, roadhouses and the rodeo and the trailer. It's like most people are there to get drunk and fight not listen to music," said Bingham laughing.

He didn't have high expectations for himself as a singer and songwriter. Bingham grew up with one thing on his mind.

"I always looked up to the men in my life. My grandfather was a rancher. My uncle rode bulls and I wanted to be a cowboy. But now I realize I learned a lot better lessons from the women in my life," said Bingham.

The lessons began in 1981 in southern New Mexico. The family ranch was sold and they moved to West Texas and eventually Houston. After 50 stitches from a bull that knocked out his front teeth, his mom gave him a guitar at 16.

"Trouble wasn't a good thing to be in all the time. I didn't have anyone to bail me out if I did get into trouble so I learned pretty quick how to avoid that if I could and rely on my gut feeling," said Bingham.

Drugs, alcohol and depression took both his parents at an early age. Every bit of that pain poured into his music.

"Things were very personal and I didn't intend to play the songs for anybody. All the stuff I was writing to get off my chest," said Bingham.

"I'd pull my hat down like this and sing at the floor. It was tough for a long time and I don't know what it was but all of a sudden I realized people weren't judging me. They were really fans of the songs. It took me a while to realize that. I started engaging more with people and seeing how it helped them and how it helped me. They helped me get through it just as much," said Bingham.

The music earned critical acclaim but the real turning point was his wife and, now, two children.

"I lost a big chunk of my people at a young age. And I know what it's like to lose part of that and for a long time, it didn't matter any kind of success I had it didn't take the place of that. Now that I've rebuilt a family of my own it's the most important thing of all," said Bingham.

"How do you find the words?" asked Liepman. "Are they always there just floating around?"

"Most of the songs that I write that I consider having the most meaning, five minutes. Where they just all come out just saying it out loud, just a thought and just writing it down afterward," said Bingham.

He tours worldwide this Spring and his new album "American Love Song" will be released Feb. 15.

"It's a mix of love songs and murder ballads," said Bingham.

Bingham has witnessed the dark allies of this world and wants to make the world a better place with the stories he tells.

"If there's a young kid in some small town right now, may be curious about what's going on in the world. I can inspire them to speak up and have a voice. I know I've had people that did that for me," said Bingham.

Ryan just announced his first-ever music festival "The Western" will be held in Luckenbach April 12-13.

"Texas Voices" airs every Monday at 6:30 p.m. and features the artists, musicians and creative in our great state.