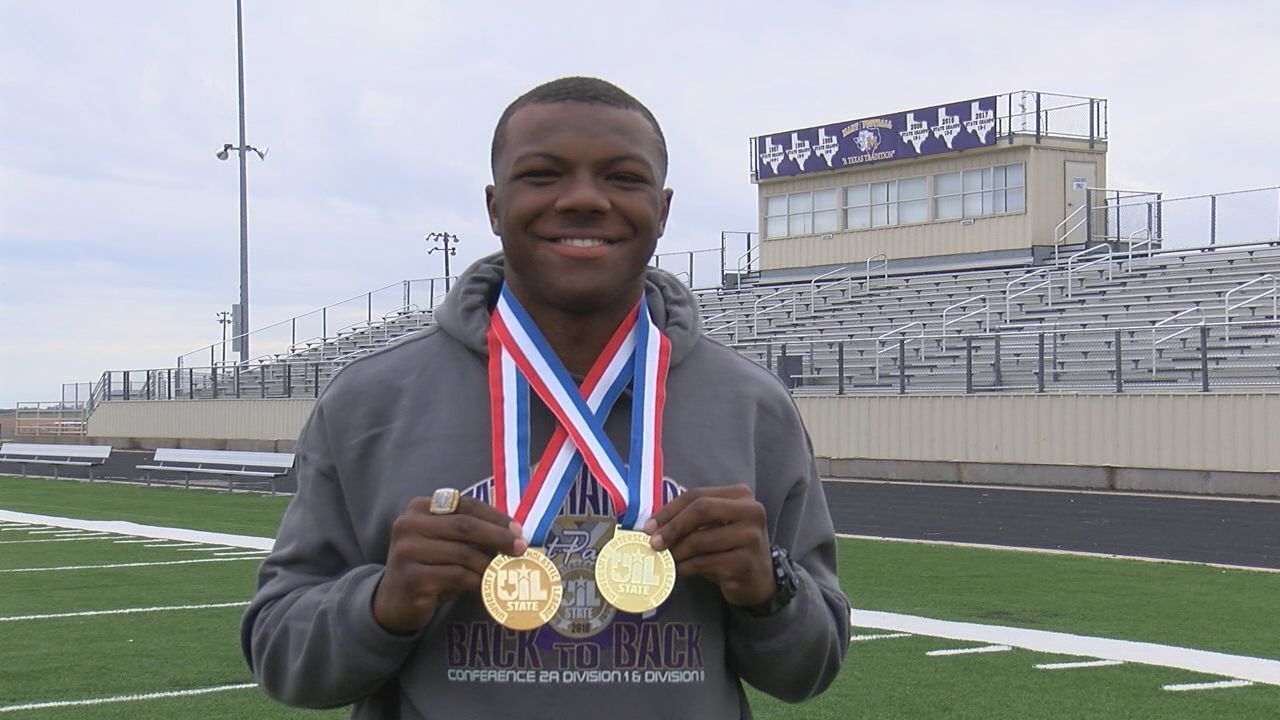 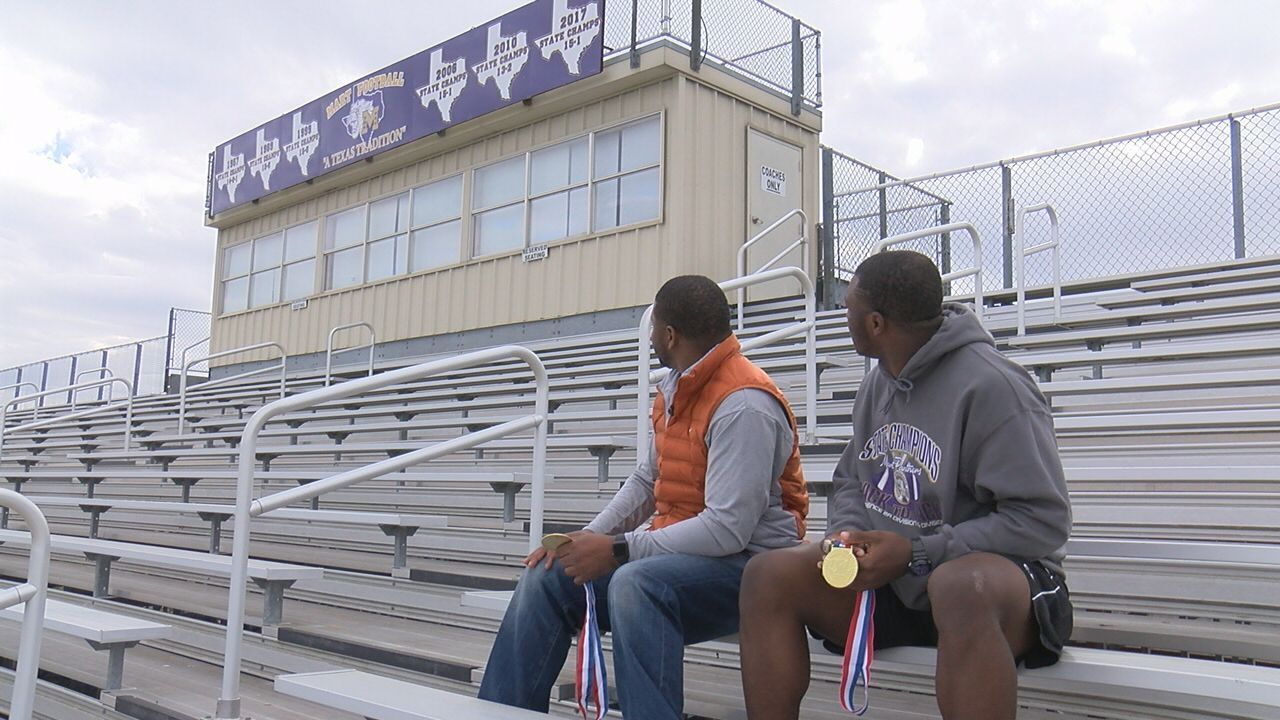 When you think of Mart's own Quan Cosby, most people would think NFL athlete or University of Texas National Champion. But none of that is what his family is "discussing" at their Christmas dinner table this year. It's all about the Mart Panthers and his nephew, the back-to-back State Champion.

Two days later, Elijah Green earned those bragging rights... as the Mart Panthers beat Gruver 76-33 and became the first team in school history to win back to back State Championships.

When a good number of those "greats" share your blood, there is no shortage of competition.

"We were fortunately one of the first ones to go back to back. Now, we went to the game back to back, but unfortunately, we didn't finish it. So really, first and foremost, when it's family doing it, you're extremely happy for them. You really want, ultimately, everyone from your family to do even better than you did, or what you accomplished... so, that's the very PC part... and then there's that other part that, you know, we argue about behind the closed doors... who's the best team ever," Quan Cosby, Elijah's uncle, said.

But, at the end of the day, they all agree on what it means to be a Mart Panther.

"Our blood, sweat and tears will forever be here. Ultimately, as much as I like my UT colors, my UT benefit because of what Mart did. That's what it's about. Every single piece of me, to this point, started here," Cosby added.

And now the same can be said for his nephew, Elijah.

"To have our footprint in Mart history, to have those two State Championships, it makes it feel like we've accomplished something big," Green added.

"It's cool to be in the stands, and to see them doing... and again, I think that now, again, that they're gonna one day sit in these stands, and have that same sense of pride and appreciation for it continuing," Cosby said.

The 2018 State Championship game was the last time Elijah would suit up and wear the purple and gold as a Mart Panther. He graduates in May... but no matter where he goes next, his memories and Mart mentality will go with him.

"We would come out of that small locker room right there, which is really our weight room, but we use it as a locker room, just put chairs down. We walk out here, we stretch and when we get in the tunnel behind this big wall paper sign that the cheerleaders make for us, (BUTTED) and as soon as we come out of that paper and hear the train horn, that's the best feeling in the world. It gives multiple people chills hearing that because you know the Mart Panthers are coming out, and every time we come out, we mean business," Green said.

As most teams who play in late December say, all they want for Christmas is a State ring. Well, that's all Elijah asked for from his parents -- the opportunity to pick one out the perfect ring to wear at future family Christmas's to really claim those family bragging rights.