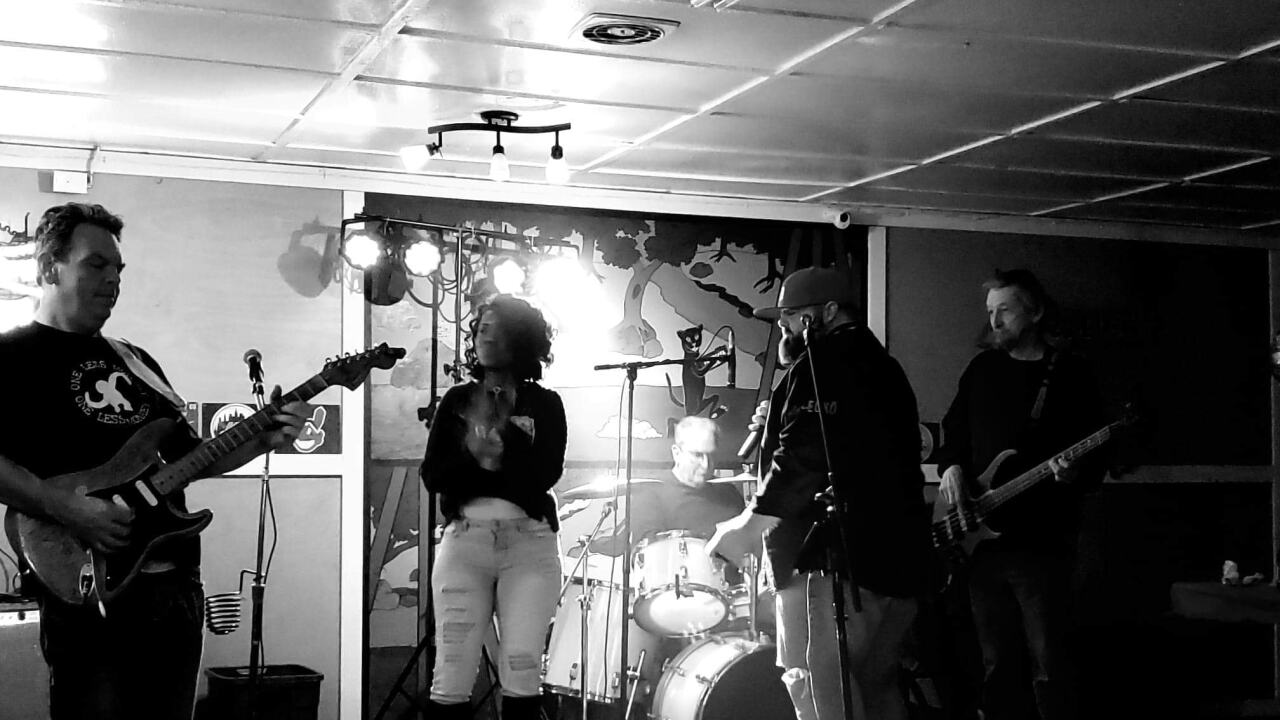 Central Texas is a gold mine of musical talent and one performer proves that.

She was working as a gas station manager and decided to pursue her passion and join a band.

"One Less Monkey! Give it up folks," announced the emcee of the 2018 Wortham Blues Festival.

The band took the stage to a thunderous applause. With a chemistry you can't manufacture, Keith Little, Danny Ray Fortson, Monique Robinson and Mark Joyner finish each other's lines and always have a good time.

Danny Ray and the guys have been putting smiles on faces for a long time.

"Mark, Keith and I have been together for 35 plus years," said Fortson.

When Patterson passed away, they decided the music should continue.

"We were at the funeral and Danny Ray come up and say we gonna play whatever we want to play," said Joyner. "I said 'I'm in.' Went to Keith and he said I'm in and we've been going strong ever since."

Monique Robinson was also at a turning point in life.

"Five years and I just upped and resigned. Here are the keys and my vest," Robinson said.

Robinson worked at the Walmart gas station in Mexia for years, but decided to take a chance on herself.

"I sure did. Quit my job working 50 hours. I had to let it go. They asked me to be a part of it. They push me hard, they push me hard. Songs I've never heard before. I love what I do and I'm enjoying it," said Robinson.

"And good at it too," said Fortson.

"Very good at it," said Joyner.

The band performs across Central Texas and gigs are picking up.

"Look at all these people having a good time," said Fortson to the crowd in Wortham.

But what they really sell is a chance to forget your cares.

"A thousand people have a thousand different worries but for an hour and a half with us, they're not going to think about it. They can just sit back and enjoy everything and enjoy the music," said Joyner.

"Music is a part of everybody and when you feel it, you're in your own zone," said Robinson.

To see where OLM is playing locally, check out the band's facebook group or email them at A.robinson022@gmail.com to book the band.