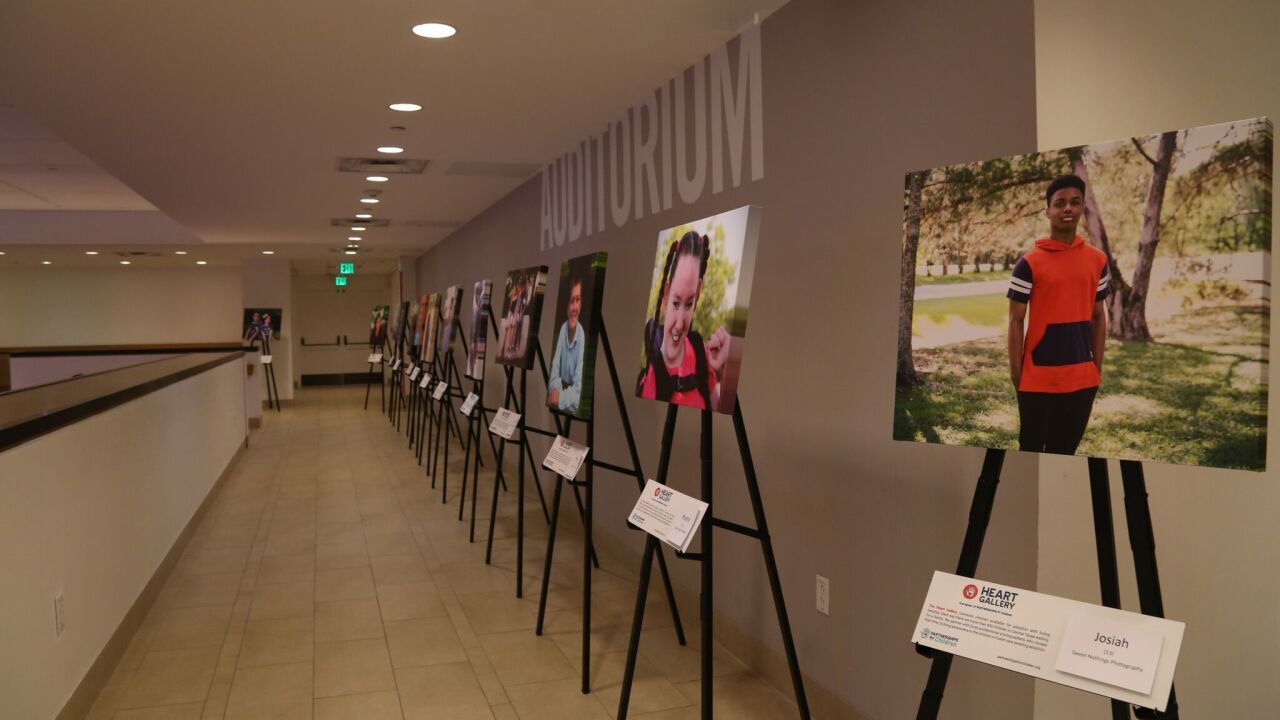 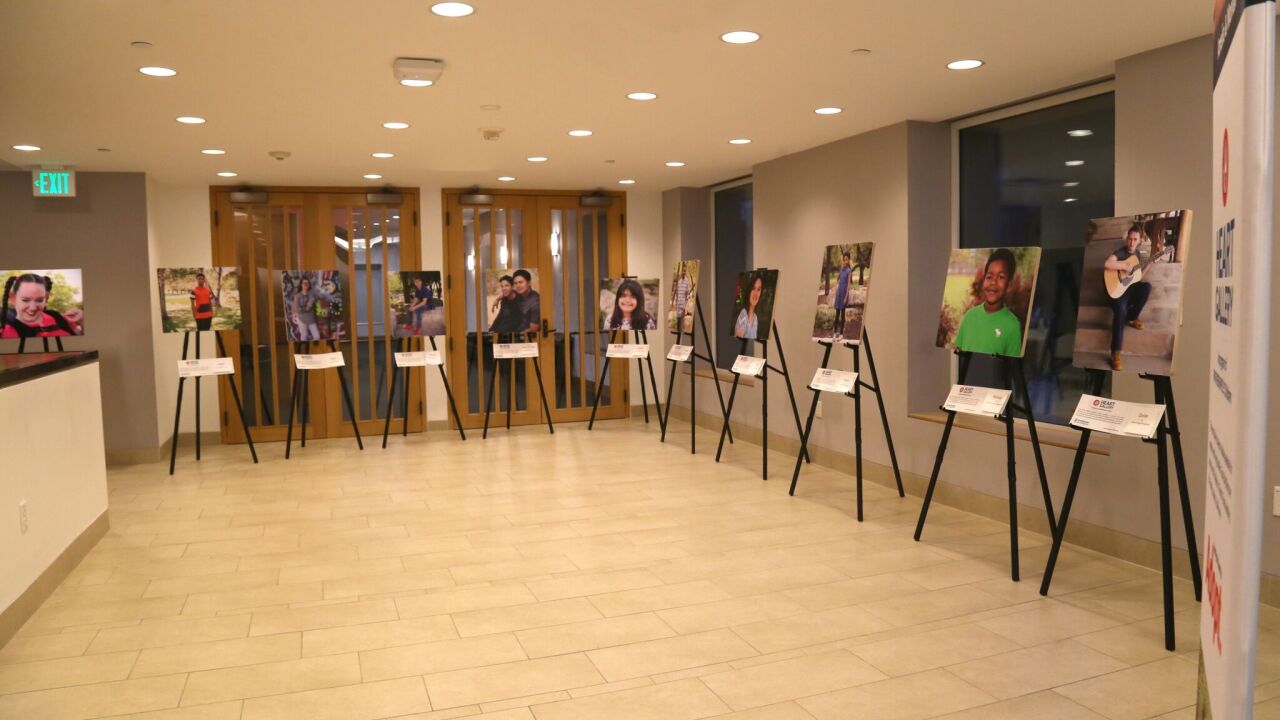 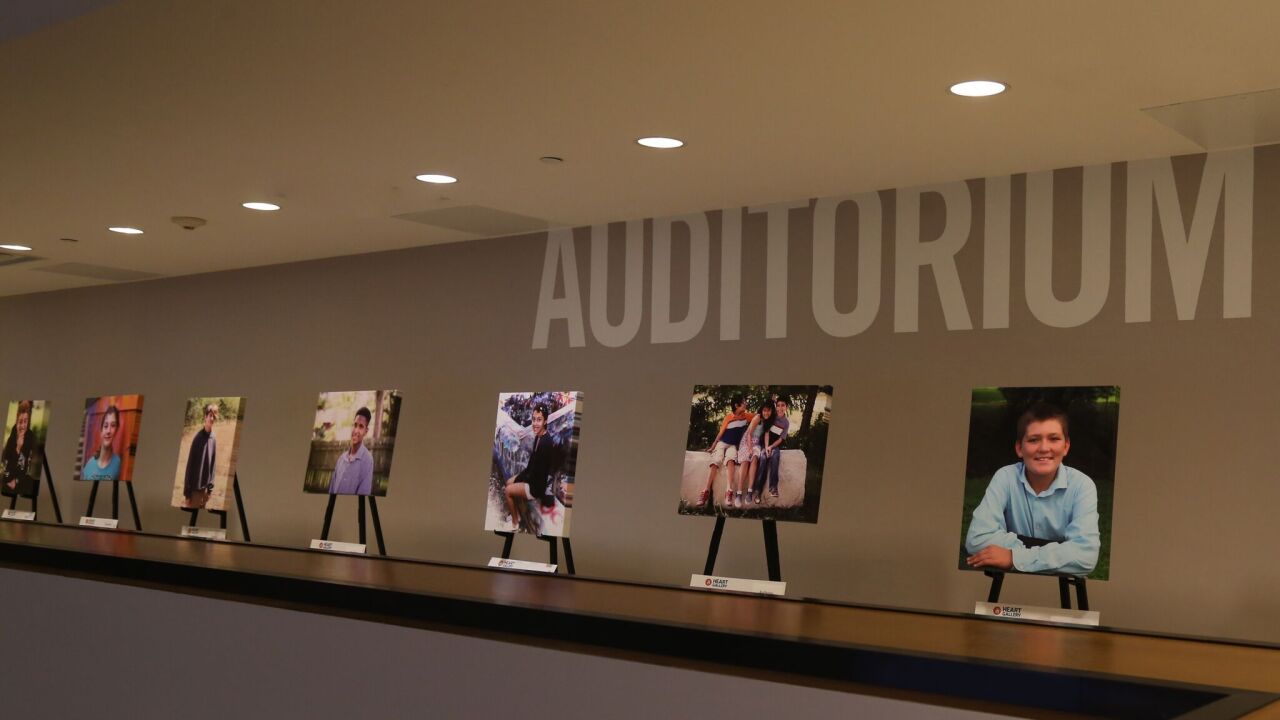 The Heart Gallery of Central Texas revealed 125 new portraits of children waiting to be adopted in our area.

One picture can help connect a child with a family wanting to adopt.

"365 days a year. 24/7 there are kids out there that want a home. They want love. They want shelter. They want a family to give them what they need," said Gustavo.

Gustavo's life changed the day they found his adopted sister on The Heart Gallery of Central Texas.

"How much do you love being a big brother?" asked Central Texas News Now Anchor Lindsay Liepman.

The minute she saw Sandra, adoptive mother Natalie knew she was the one.

"She's brought us so much joy and we thought we would take in a child but she's changed us.  We haven't done as much for her as she's done for us," said Natalie.

Their story was shared with others at the 2019 reveal exhibit at The Blanton Museum in Austin. The faces of 125 new portraits of Central Texas children reveal hope and love. Their stories are featured each week on Central Texas News Now "Forever Families."

The Heart Gallery of Central Texas is a program of the non-profit Partnerships for Children.

"Growing up in Mart that village definitely raised this big head. It's good to have a story to tell that will maybe encourage someone to invest in people," said Cosby.

The University of Texas and NFL star was adopted at age 13 by family friends who put him on a path of education and faith.  He sees himself in the heart gallery portraits.

"I like to give back because so many people helped me. Second-grade teachers, coaches and Waco in general. When you see those in need. The good man upstairs says help them," said Cosby.

Adoption gave Quan good roots and more branches on a flourishing family tree that includes both his guardians and his biological family. Because love expands.

"You have no idea how much love you can give until you foster. And when you adopt it's like a whole new level of love you experience," said Natalie.

You can learn more about adoption at The Heart Gallery of Central Texas and also inquire about hosting a heart gallery exhibit or becoming a volunteer heart gallery photographer.