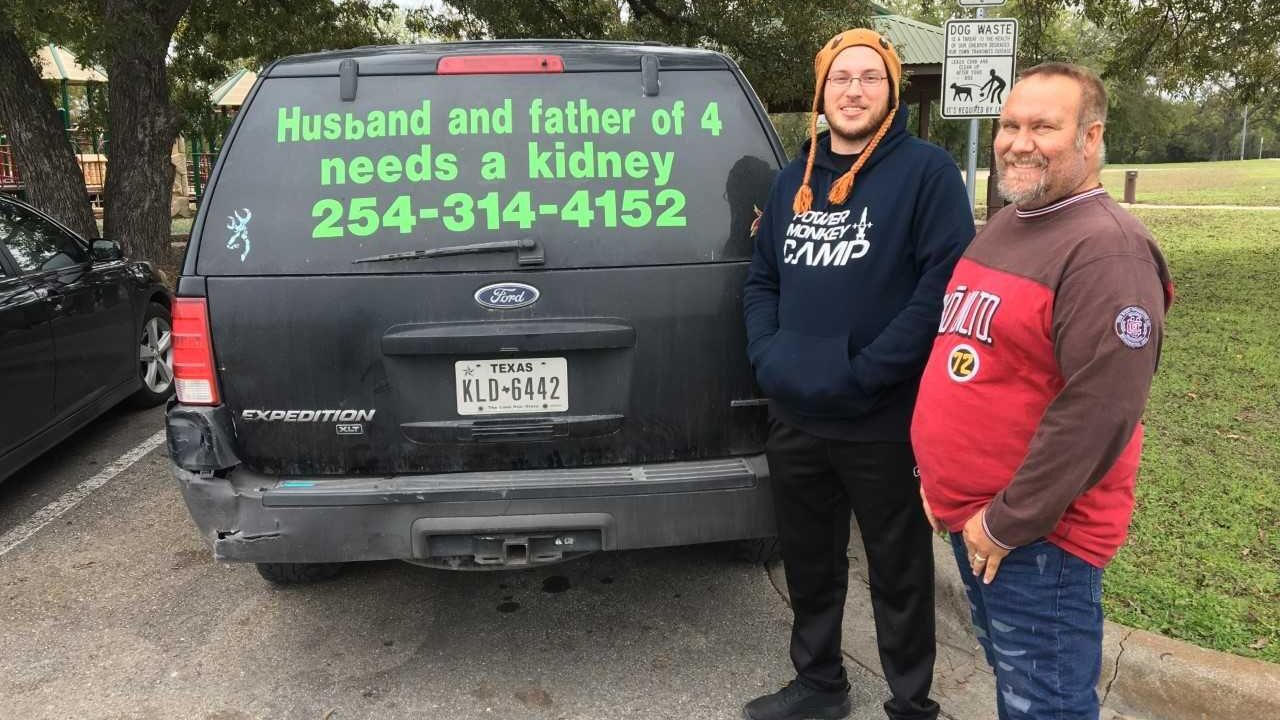 As a child, Donald Kennedy bounced around from foster home to foster home.

"I literally had a trash bag, and that was everything I owned in that trash bag," said Kennedy.

Then, he found a Central Texas family who treated him as one of their own.

He lived with them for four years.

Last year, when Kennedy went home to visit during Christmas, he found out his foster uncle, Robert Hamlin, needed a kidney.

"I have to do dialysis every day for nine hours a day to clear all the toxins out of my body," said Hamlin.

"When I was told that he needed a kidney, I was like okay let me do some research," said Kennedy.

They said the process was not easy.

"(It's) very, very hard. There are tons of different tests, and just the slightest thing will disqualify somebody,"  said Hamlin.

It turned out Kennedy was a perfect match, and he is just days away from donating his kidney to the man he calls uncle Robert.

Hamlin is thankful and looking forward to his surgery.

Hamlin's kidney transplant is scheduled for Nov. 14, and funds are being raised to help pay for his after surgery expenses.

To learn more about his cause, visit his website.