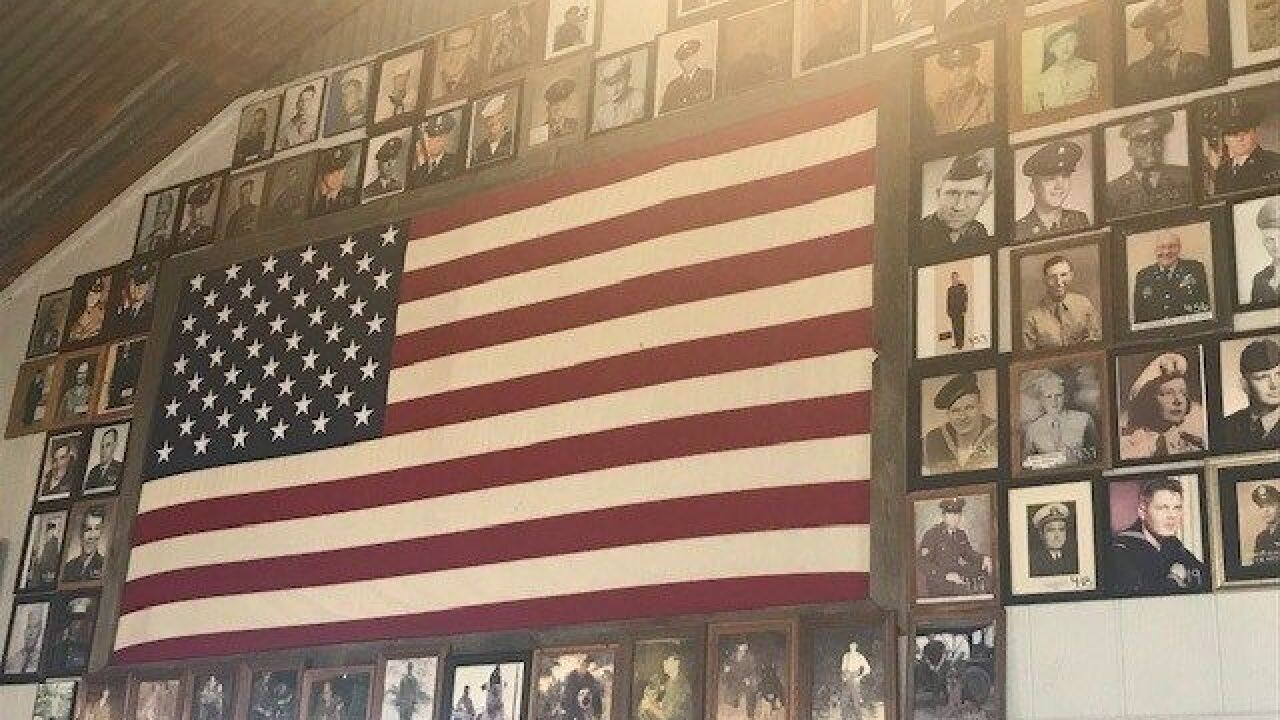 A Central Texas cafe honors veterans all year long in a unique way.

It's a "blink and you miss it" spot along U.S. Highway 77 in Rosebud, but inside is a growing tribute to those who served our country.

Stop in the Hiway 77 Cafe and you’ll immediately see wall to wall of over 540 photos of veterans and military memorabilia. Cafe co-owners Bill and Sue Sturrock say this is by design.

"The stories and the history of the things these guys have done, it’s just amazing,” Bill said.

Sue and Bill have run the cafe since taking it over nearly 10 years ago.

"We had beautiful careers, a beautiful home in San Antonio and all of sudden we move back to my hometown, bought a cafe," Sue said.

The previous owner started with one wall of pictures of just the military members of her family. Customers were so taken with the wall, they began to bring in pictures of their own.

By the time the Sturrock's found the cafe, the wall had grown to about 200 pictures of military members. The owner closed up shop and left the cafe just as it was.

"It was in total disrepair, spider webs and dust," Bill said.

The photos inspired Bill and Sue to continue on with the tradition, turning the cafe into a place "where every day is Veterans Day."

Through word of mouth, passersby have added to the collection with framed 8 in by 10 in pictures of family members.

Bill says the uniqueness of the photos is each picture an association with the cafe.

"You've either been here [and] brought this photo in, or there's been a family member that's come in and wanted to be a part of this," Bill said. "So, there's nothing random."

Inside the Hiway 77 Cafe, a book can be found filled with the names of those along the walls.

Bill and Sue say they also offer up good food, with a menu as homestyle as possible including fresh vegetables and homemade soups and desserts.