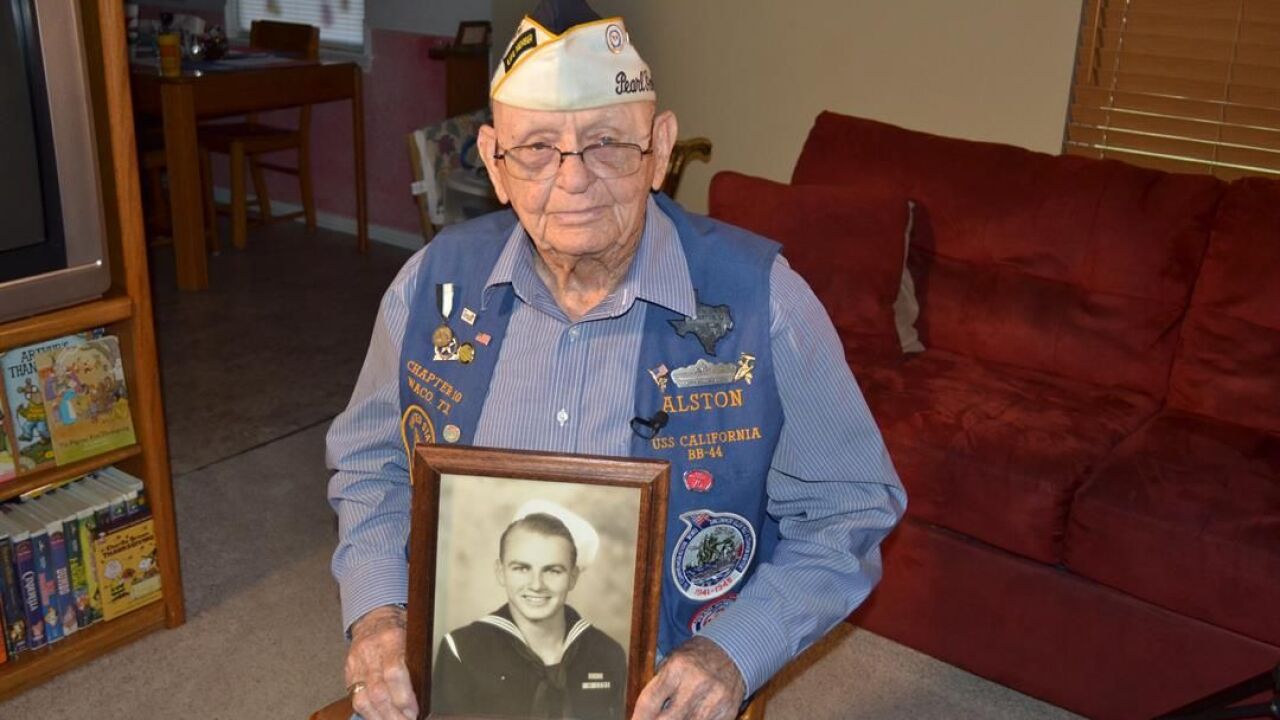 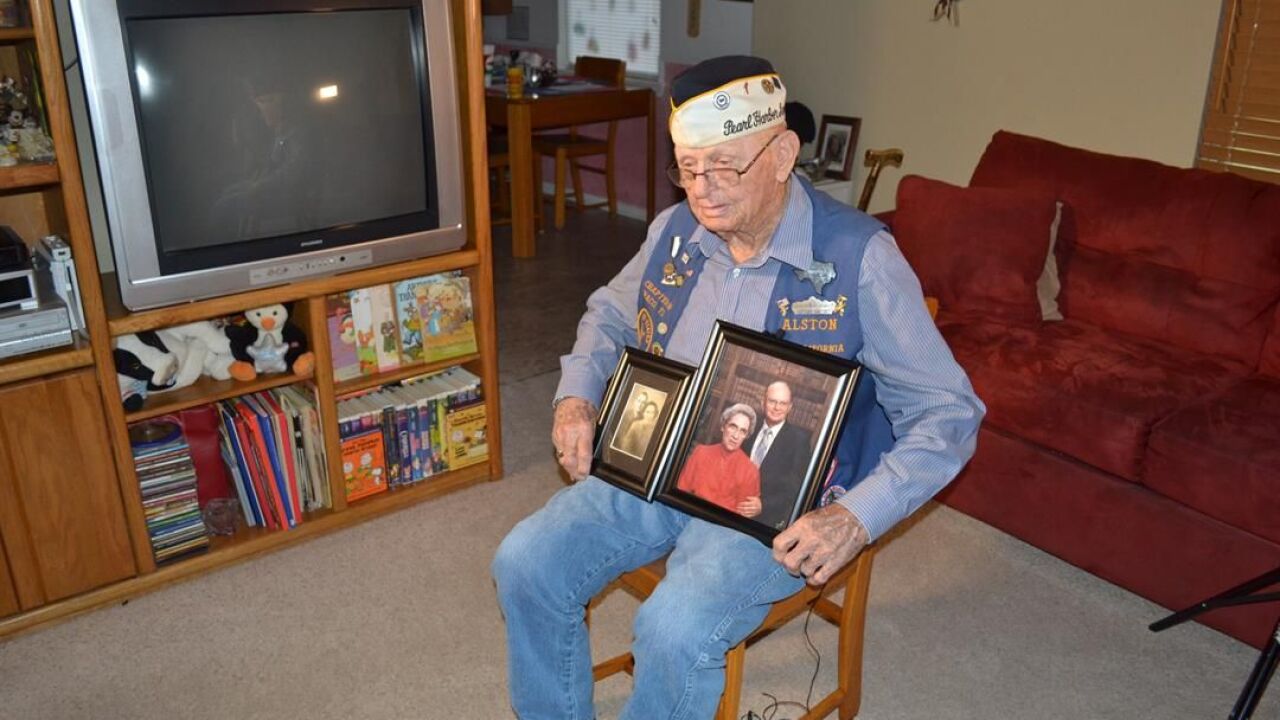 Pearl Harbor was a turning point for the United States. The day after the attack, President Franklin Roosevelt asked Congress to declare war on Japan, bringing the U.S. into World War II.

A Troy man bravely served in the Navy and was one of the lucky ones who survived Pearl Harbor. More than 2,400 Americans died in the attack on Dec. 7, 1941. JC Alston was 18 years old at the time of the historic attacks.

Alston went on to conduct operations during the Pacific campaign until the end of World War II.  He came back home to Texas, got married and raised a family.

However, he says the event might have happened 77 years ago, but the memory is still crisp in his mind.

Alston was on the USS California in 1941 during the Pearl Harbor attacks.

"I joined the navy in August 1941 and I went through training in San Diego and went aboard the USS California in October," Alston said.

A few short months later, he was on watch duty from 4 a.m. to 8 a.m. when the attacks began.

"I was getting relieved for breakfast when it started. And they said to go to your battle stations," Alston said. "They said abandon ship because it was sinking."

The USS California was sunk in the attack by the Japanese, but Alston survived.

"Were you scared to die? Did you think about that?" asked KXXV Anchor Lindsay Liepman.

"No. I didn't think about that. I thought about all the people that would get killed if we didn't win," Alston said.

He was ordered to assist the army and marines invade islands in the Pacific as they pushed toward Japan.  It was some of the bloodiest fighting in the war.

"We shelled the islands. We were up close. Captain believed in getting up close," he said.

Alston said that they would shoot at the suicide bombers as they came into the island. He said during his time, there were several bombers.

There were several close calls as well. He said in one incident, the bomb went down on the third deck, but it was a dud. Alston said that once again, he was lucky.

"I don't see what they didn't surrender a long time ago.  It would have saved a lot of lives but they were happy to die for the emperor.  That was the main thing for them," Alston said.

When he counts the number of Americans killed, one tear streamed down his face.

Alston also said eventually, they were told that the atomic bombs were going to drop.

"Toyko Rose told us to give up. We was gonna die," he said. "She didn't know it, but it was going the other way."

Soon after, a green plane with a white cross on it marked the surrender of the Japanese. Alston said he saw the plane with his own eyes.

Not long after, JC would be discharged and headed back home to Texas. When he finally made it home, his family life began. He has been married for almost 60 years and has children, grandchildren and great-grandchildren.

"Every time I'm with granddad I think you know the experiences he's been through.  I'm always very thankful that's able to share with other people that we don't ever forget," Stacey Short, Alston's granddaughter, said.

Short was with him when he returned to Pearl Harbor for the first time on the 49th anniversary of the attack, and then again at the 50th reunion of survivors.

"You feel a sense of almost sadness and heaviness but pride that these men were willing to do whatever it took to defend their country," she said. "I always felt a connection with granddad but being there with him it was like, wow he was a part of something bigger than almost anything this country has experienced."

On this Veteran's Day, JC is honored by Troy Middle School students.  And he tells the story, one more time, to children old enough to understand.

He's often in parades or honoring the veterans who are no longer here to share their stories.

"The people stop and stand and are just so respectful of who he is and what he's done in his life. It wells up tears in your eyes to think about the people who don't even know him and love him," Short said.

She said that Alston is a true patriarch to the family.

"All the patience and love and kindness he's showed many people over the years. He's just really special to me and anything he ever needs I try to be there for him," said Short.

He embodies integrity, courage and a spirit that doesn't give up.  It's the American spirit.

"When you see the flag, what does it mean to you personally?" asked Liepman.

"It means everything.  It means that's what I fought for and it's still here," Alston said.