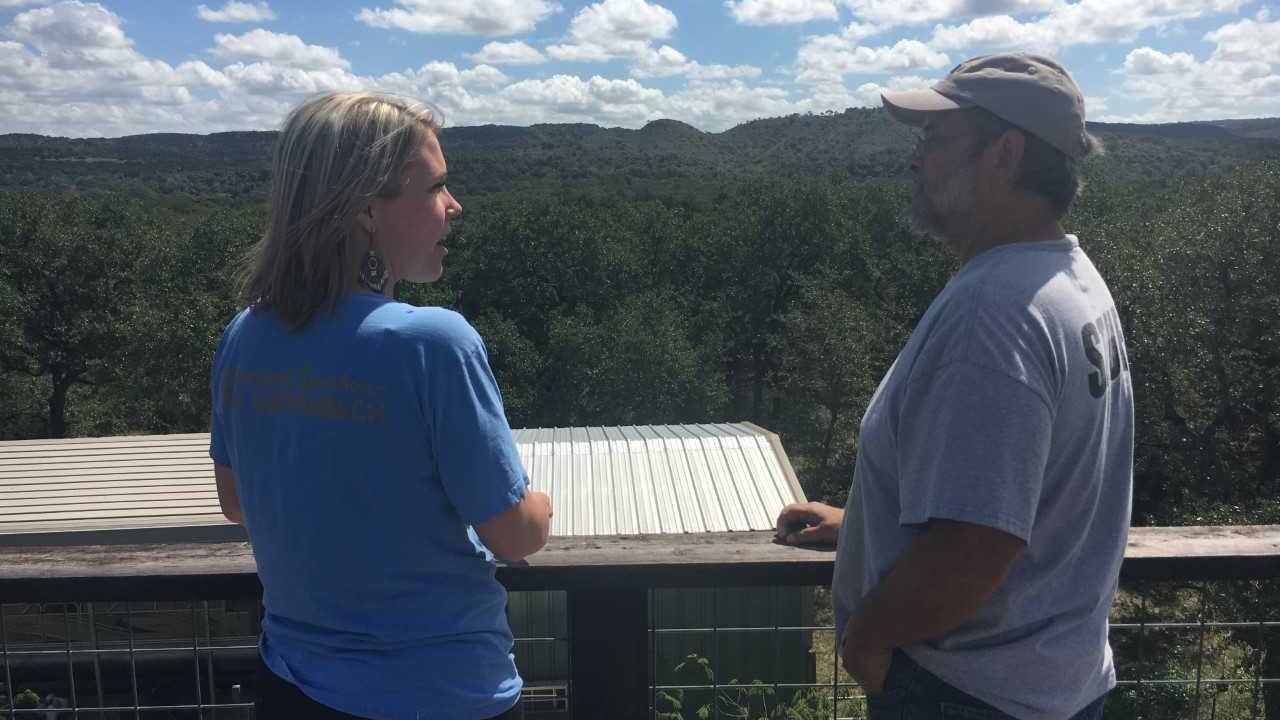 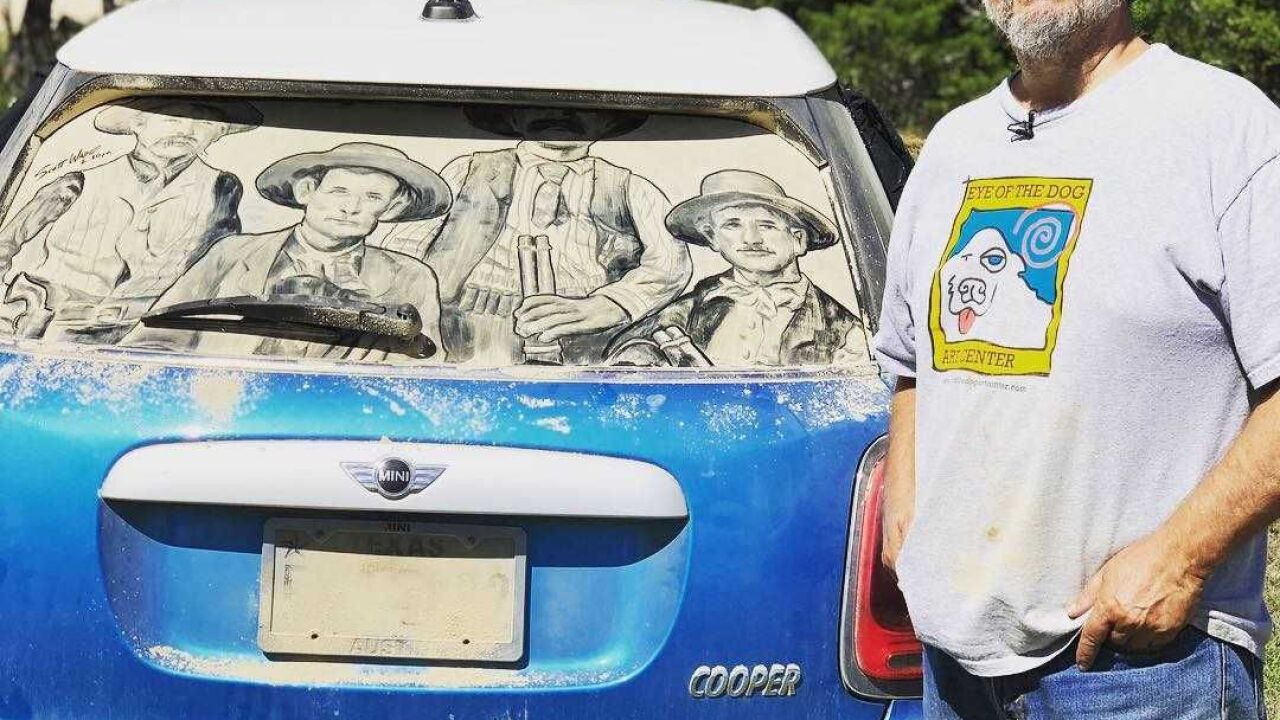 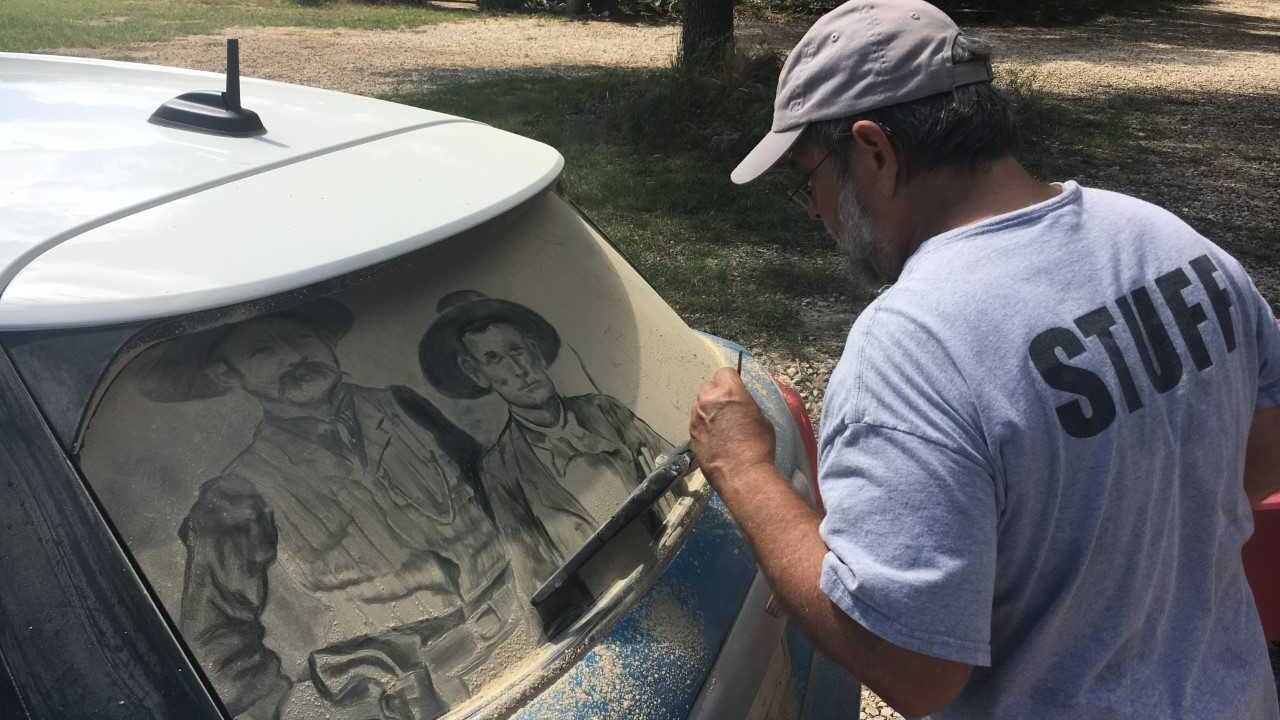 The delight is in the details. The "DaVinci of Dirt" Scott Wade created the medium of dirty car art but his message is clear.

"Texas Voices" hit the road to Wimberley where Wade creates an ode to the caliche canvas.

"One of the most common reactions is the dropping of the jaw. People are like wow how do you do that? They say...it's dirt," said Wade.

Scott Wade wants you to rethink your relationship with dirt.

"It's a beautiful thing," said Wade.

The beauty of a dusty backroad is a rite of passage for all Texans but a dozen years ago, Scott wasn't so quick to scrub the soil away.

"I lived on a long dirt road for 20 years. And cars were always dirty. But what are you going to do? Wash them? No. Besides, you live on the aquifer so you don't want to waste water," said Wade.

His finger began to doodle. He has been drawn to art since he was 3-years-old.

"It's almost like a childlike curiosity, fascination," said Liepman.

"Well yeah, what kid can resist going up to a dirty window and writing on it or drawing a picture on it. It's irresistible," said Wade.

And then he struck pay dirt.

"That limestone pulverizes into a really fine dust on those roads and then it billows up behind the car.  After a week or so you can't even see out of it and that's when it's perfect to do art on," said Wade.

As word started to spread, so did the work but all roads don't lead to dirt.

"Now I don't live on that long dirt road anymore. I've got a short gravel driveway and the cars don't get dirty enough," Wade said.

Cranking the dirt by hand allows Scott to leave his mark just about anywhere.

"What's the big dream? Do you still dream big dreams or have you reached it?" asked Liepman.

"I want to do an image on a skyscraper. Maybe Las Vegas or Los Angeles where it's not going to rain it off," Wade said.

High above the hill country is where he gets his inspiration.

"No it's pretty awesome," said Wade.

"Which of your pieces is your favorite?" asked Liepman.

"The next one. I stole that from Frank Lloyd Wright. It's true though. Most artists feel this way. You do a piece. It may be painful, it may be joyful whatever it took to do the piece, it's done," said Wade.

From Texas women to the Texas Rangers, it's not about the subject as much as the medium's message.

"It's a great metaphor for life and a beautiful lesson and fully enjoying and embracing the beauty that is present right now and letting go of it...you're gonna miss it," said Wade.

You can check out more of Scott's art or book him for your event by visiting his website.

"Texas Voices" airs every Monday at 6:30 p.m. and features artists, musicians and creatives in our great state.