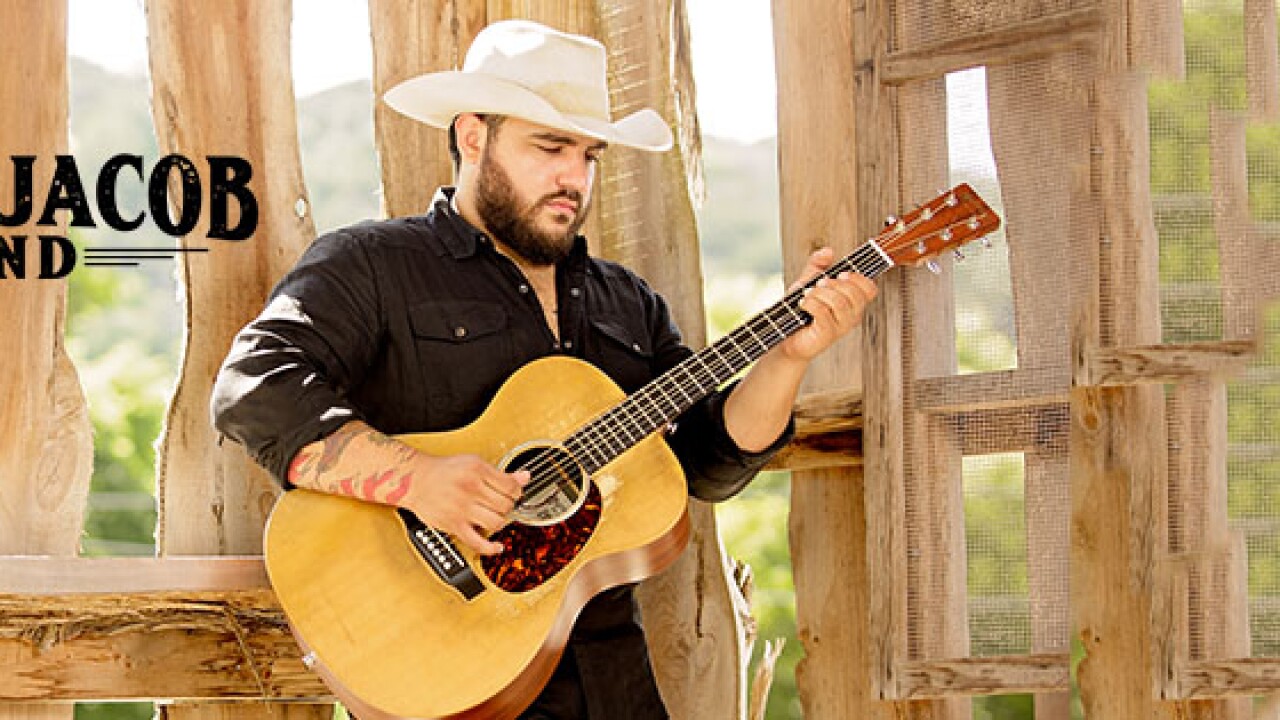 Ever leave home to chase a dream? Isaac Jacob Pineda is doing just that.

Isaac sat down with Central Texas News Now Anchor Lindsay Liepman to talk about real country music, hard work and how his life on a South Texas ranch influences it all.

On the rooftop of the River Road Ice House in New Braunfels, Isaac Jacob Pineda reflects on how he got here.

"It's always been a dream and that's what my dad and mom instilled in me. Don't talk about it, be about it," said Isaac.

Life on the family ranch taught him the importance of hard work.

"I grew up in South Texas. In Falfurrias. It's about an hour and a half away from the border. We grew up about 10 miles out of town. It was about 370 acres and my uncle ran cattle on it. Grandpa grew watermelons and squash," Isaac said.

But at age 12, he got his first guitar and those wide open spaces were filled with words now.

"I would write cheesy teenage songs and I'm still writing teenage songs. They're a little better I guess," said Isaac.

His debut album "The Dream" drew the line in the sand. Isaac doesn't settle for anything less than authenticity.

His just-released self-titled second album pays homage to Saturday nights at the dance hall and solidifies his spot as a songwriter in the re-emerging Texas County music scene.

"That grassroots uprising. We are on the cusp of getting that old school real country sound back on the mainstream market," said Isaac.

Isaac and the band don't take themselves too seriously. They've spent a few weeks this fall on tour with Mike and the Moonpies who collaborated on the record's "The Price We Gotta Pay."

But in the pursuit of the dream, there have been life-changing moments.

"I had no idea one of the vets was contemplating taking his life," said Isaac.

A private performance for veterans of a Tom Skinner tune "Blind Man" lead a veteran to get help for suicidal thoughts.

"We all go through these ups and downs but that faith will pull you through it," said Isaac.

Isaac isn't seeking the spotlight. He wants the music to speak for itself and that guides him as he travels on.

"There are a lot of shortcuts in this business, but they don't lead to the right end of the road," Isaac said. "I just want to keep working hard and keep making music and being true to myself and can relate to people who grew up in places like I did. That's what country music's about."

You can download the new album "Isaac Jacob Band" now.

"Texas Voices" airs every Monday at 6:30 p.m. on Central Texas News Now and features artists, musicians and creatives in our great state.