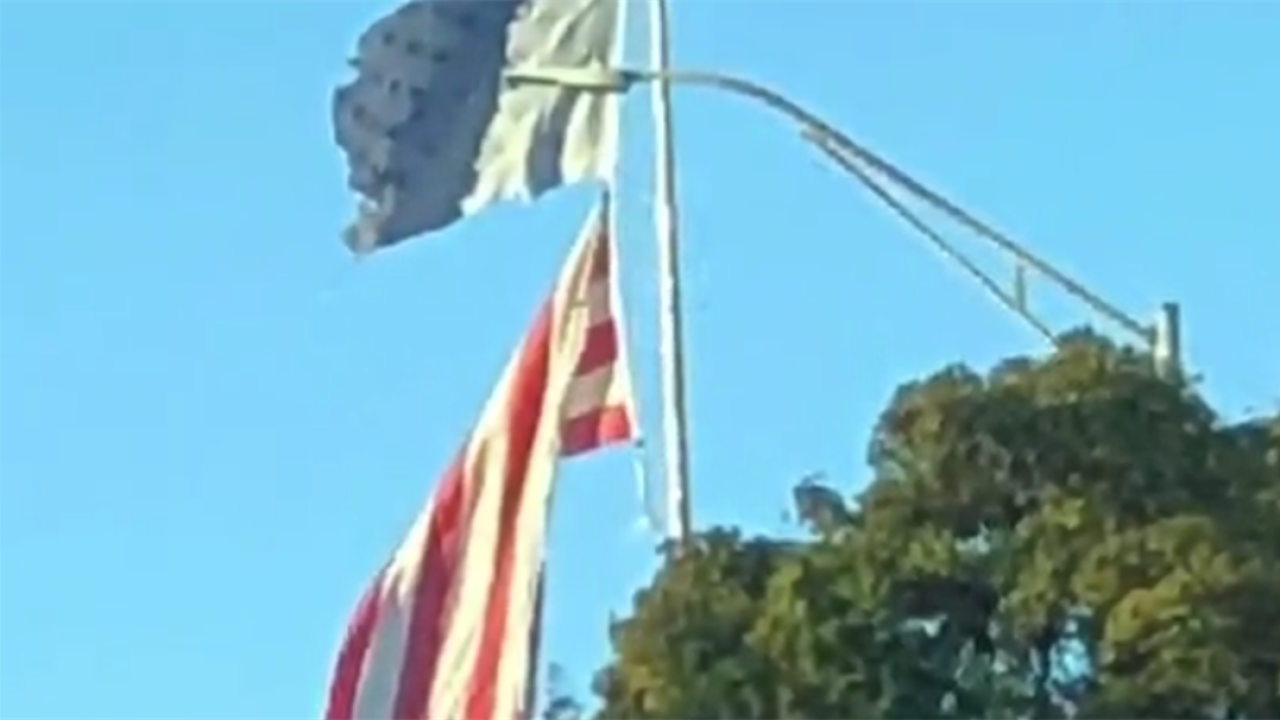 DEARBORN, MI (WXYZ/CNN) – A Marine Corps veteran was bothered by a tattered American flag he passed on his way to and from work every day. But rather than just complain, he decided to do something about it.

Ali Fayad's love of country is written all over him. It's also in his heart, which broke every time he went by a gas station on French Road of I-94 in Detroit.

"It's faded and it was ripping, alright? And then, as the storms kept coming and the winds picking up, it was just starting to rip. Because it is big. It's 10 feet by 15-feet flag. And then, the more the weight weighted down and tore it more," said Fayad.

Fayad is a veteran who served in the Marine Corps as an infantryman. He felt a duty to do something about this flag.

"Out of respect. This is the country's flag. You know, it can't be up there like that. A lot of people fought and died for that flag," said Fayad.

So, earlier this week, Fayad visited the gas station to discuss the flag.

"Came inside asked him, said hey, take it down. The gentleman that works behind the counter called the owner. The owner came, was like would you like me to take it down. Says we lost the key. I said, well let me take a look at it. Luckily I had a tool in my car, jimmied into it, brought it down, took it out. And took it to be properly disposed of," said Fayad.

Fayad spent $200 on a new flag, hooked it up and one turn at a time raised Old Glory to its proper glory.

Taylor Thomas, who works at the gas station, is so grateful to Fayad for all he's done for his country and for this.

"That was incredible. I was surprised to see him come up here and say something about it. I told him, I said I appreciate you giving us a new flag," said Thomas.

Fayad hopes that if other see a flag that needs to be replaced, they'll make that happen.

"It's going to be a good feeling knowing that that's what it's supposed to look like," said Fayad.