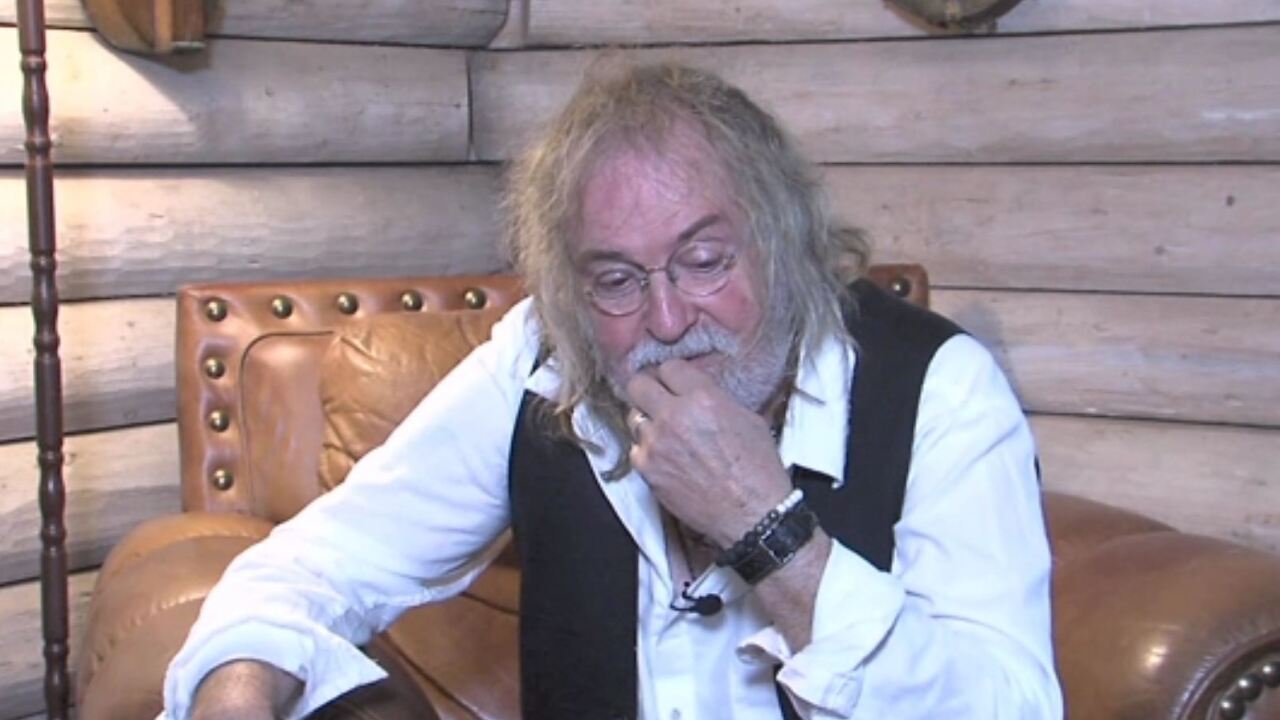 Guitars, a good woman and gratitude redeemed the life of Ray Wylie Hubbard.

It fills the pages of his book "A Life...Well, Lived."  The "Redneck Mother" songwriter has had the biggest success of his career after the age of 41.  He's turning 72 in November and the album "Desperate Man" in which he co-wrote the title track with Eric Church just hit number one on the Billboard County Music Chart.

"Texas Voices" sat down with Ray at his home in Wimberley.

"Some get spiritual 'cause they see the light and some 'cause they feel the heat," said Judy Hubbard.

"I don't write trying to get on the charts. I just write because I've got no choice," said Ray.

In 1946 in Oklahoma, Ray Wylie Hubbard was born and just like that his story begins.

Ray's home in Wimberley overlooks the Devil's Backbone but it's the view inward that's most curious.  A conversation with Ray means you'll laugh, a lot.

"You won't see that on the Kardashian's," said Ray laughing.

"Now let's get back to being spiritual," he says.

But there's a knowing about Ray that provides the meat and potatoes that makes him a songwriter's songwriter.

"It's like the shark always going through the water. I'm always, 'ah hah! That would be a good song.' Whatever it is. When inspiration hits I don't second guess it.  I don't doubt it.  I just go with it and I do re-write," said Ray.

You'll find the story behind the cult classic "Redneck Mother" on page 45.  But what follows is a steady descent into addiction.

"At age 41 I got into recovery and I had all the fun I could stand," said Ray.

Words from Stevie Ray Vaughn rang true. There's no elevator. You have to take the steps.

"I got a little bit of hope that maybe I didn't have to continue to live like I was living which was a very dark place," Ray said.

"I like to say I'm an old cat but I keep trying to learn new things. At 41, I learned finger picking.  A little bit later I learned open tunings. Then I learned to slide and then I got a mandolin. So by learning new things, that gives the song a door to come through that wasn't there before," said Ray.

As soon as you hear the guitar, and the first salty drawl from his soulful voice sounds...the music is unmistakable: Ray Wylie Hubbard.

"One thing I do that is really oooooh! After I write a song after I play it and I sing it I go 'oooooh, whatever that door is, I want to show my gratitude for that song. So that door won't close,'" said Ray.

There's snakes but also sentiment. The curio Ray wears around his neck holds the breath of his son Lucas when he was four years old.

"Gratitude is a very big part of my life today.  I'm grateful for Judy.  Grateful for my sobriety and grateful my kids doing good and that's a big part of it," said Ray.

He's not a nostalgia act.  The Eric Church album "Desperate Man" just hit number one on the Country Billboard Chart. He co-wrote the title track with Church.

And his new single "Easy Money Down In Texas" rakes through the Red Dirt scene with a lot of head nods and boot tapping. Can't get mad when Ray says it's so...he earned his scars.

"It's very important to me to be grateful and treat each day with the respect it deserves," said Ray.

You can buy a copy of Ray's book "A Life...Well, Lived" by visiting his website.  Ray Wylie Hubbard will perform at the Waco Hippodrome on Friday at 7 p.m.  For more information, visit their website.