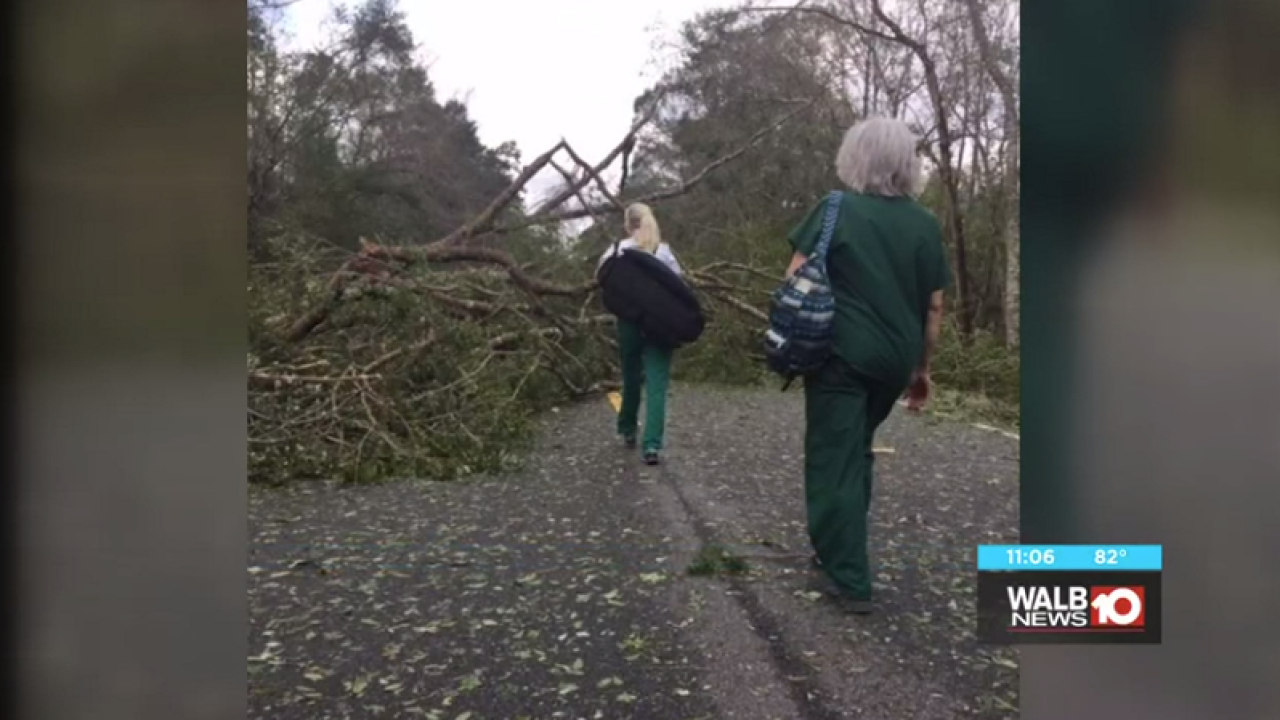 ALBANY, GA (WALB) - A group of medical professionals and a mechanic took risks to save a mother and a newborn child, just hours after the Hurricane blasted South Georgia.

In Blakely, downed trees and power lines made the delivery of a baby a race against time.

The mother, 27 weeks pregnant walked half a mile to get to the nearest hospital in Early County. But when she arrived, the hospital wasn’t equipped to deliver her baby.

That’s when Phoebe’s NICU transport team raced to help. In the aftermath of the hurricane, Phoebe’s NICU Transport Team rushed to Blakely to get to a premature baby.

Cory Hall is a mechanic for Grady health systems and says he just wanted to make a difference.

“It was catastrophic, trees everywhere, in every direction,” said Hall.

So some of the team pulled out a chainsaw and began walking.

“We all pulled limbs and used a chainsaw to cut up and made a path for the truck and we got out of town,” said Hall.

“We probably went a good mile or two miles on foot,” said Hall.

Then a Good Samaritan picked up the team members and took them to the hospital.

While they went ahead, The Georgia Department of Transportation cleared the way for the ambulance.

“I can honestly say I’ve never had to deal with anything like this.” “We were doing what we had to do to get to our patient which is what we do every time we leave this hospital in an ambulance,” said Margaret Funk, a registered nurse.

Arriving nearly three hours after the baby was born, the ambulance arrived in the nick of time.

“Had we not gotten there, how would that baby have gotten to where it needed to be taken care of?” asked Funk.

The baby was transported to Piedmont hospital in Columbus and is doing well.

“I walked around the corner and saw a baby that was this long and it made it all worthwhile," said Hall.

“The best feeling to me was when I walked into that ER and saw a little tiny baby laying up on her momma’s chest with her eyes open sucking on her finger. That was just amazing,” said Funk.

Officials said this is a great example of how their regional team works together to serve the surrounding counties.