Disabled Army veteran rescues flag being run over by cars

Disabled Army veteran rescues flag being run over by cars 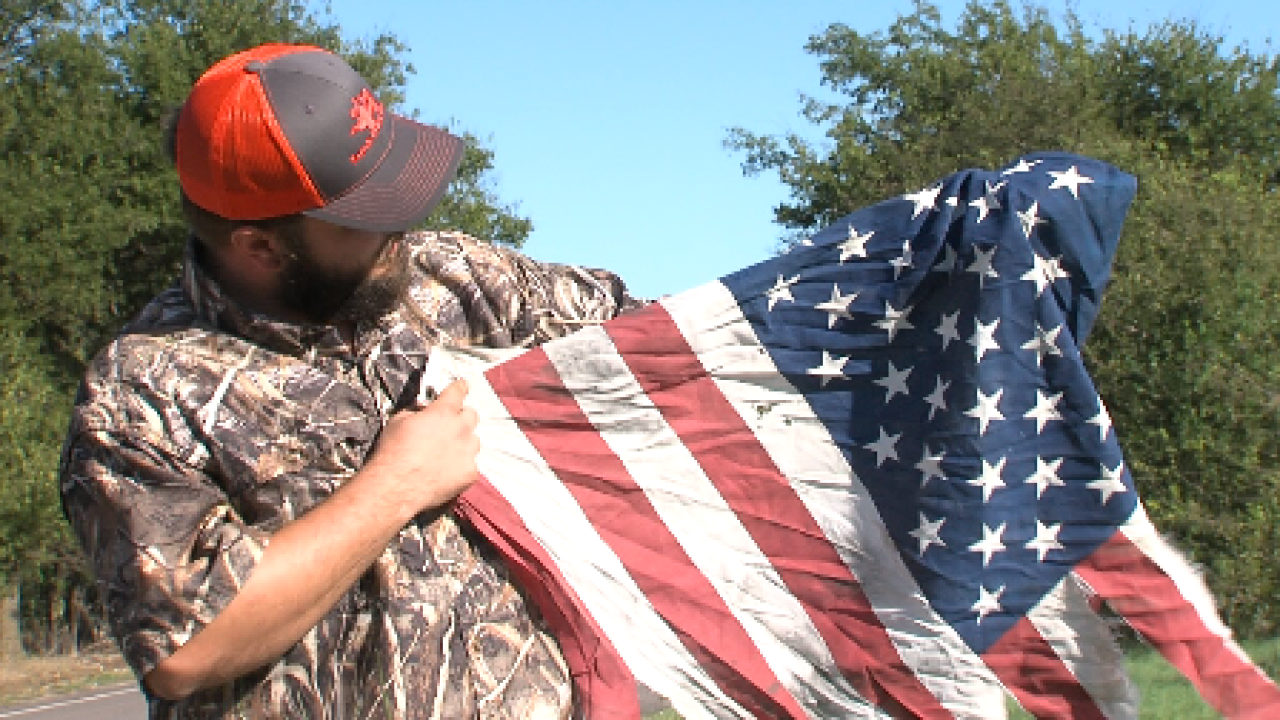 Chris Ellenburg was driving home from work on FM 1237 Monday afternoon when something in the road caught his eye.

"I honestly could not believe it," Ellenburg said.  "I figured it was normal trash, but as soon as I saw the flag open up as it flipped over into my lane, I knew."

Ellenburg was heated. He immediately pulled over and hopped out of his truck to rescue the tattered flag that was being run over by other drivers.

"You're dang right I stopped traffic," Ellenburg said. "And there were still disrespectful people driving by as I had this flag, picking it up off the ground in the middle of a freaking road."

He said some drivers even honked at him to get out of the way.

As a disabled Army veteran, Ellenburg was trained to leave no man behind. He sees his fellow soldiers each time he looks at the flag.

"It wasn't for myself, it was really for my buddies that died that I felt more disrespected for it," Ellenburg said.

The flag he rescued has seen better days. It's covered in holes with torn stripes.

But even with those flaws, it's still a prized possession to Ellenburg.

Ellenburg plans on properly retiring the flag by burning it Thursday evening.

Ellenburg also runs a nonprofit called "Over the Edge" that takes veterans and active duty soldiers on guided fishing and hunting trips free of charge.

More details on the program can be found here.