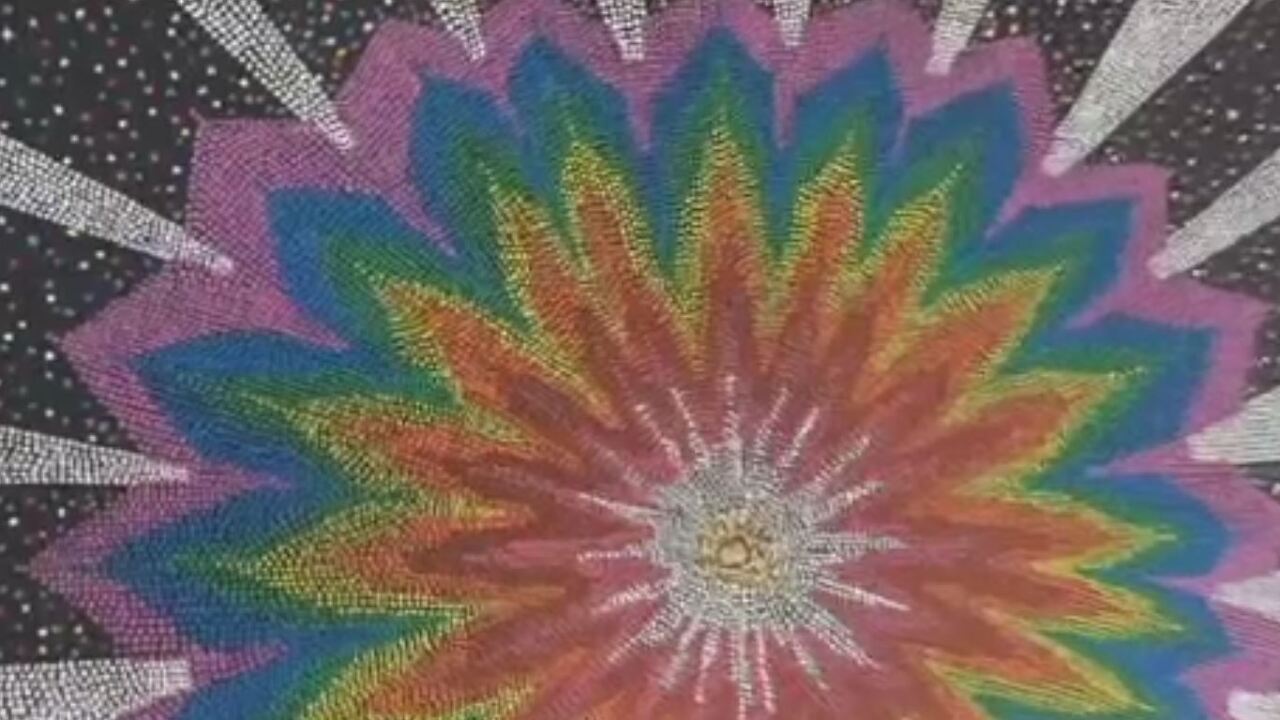 Paintings with the power to transport you to another time and possibly another place. Blacklight Artist Al "Bato" Landoll takes us to his darkest day and tells us how art opened the door to light again in "Texas Voices."

"I'm gonna put the cosmos in there," said Al as he pointed to the empty space left on his latest painting.

With a TIG rod at a table for one, on the roof of the Waco Winery, Bato's blacklight art will take you places.

"It'll look like it's bringing you to the center once I get finished with it," said Al.

The trip transports you into the dark.

"It's gratifying. It's surprising really for me that anybody in their right mind would want any of this," said Al.

The art lives and breaths in its own exhibit room at the winery located on the second floor of 708 Austin Avenue in downtown Waco.

"It's kind of an insane story, but yeah it's there," said Al.

By way of Colorado, Al Landoll moved to Waco at 15-years-old.

He graduated from Connally High School but he was no "head in the clouds" dreamer.  He spent decades in industrial maintenance and then life was interrupted.

Meniere's Disease is an inner-ear affliction that can make your world off-balanced.

"I was stuck in limbo for two or three years. Depression, anxiety and got to a place where I was sleeping with my pistol," he said.

A small suggestion from his wife who is also an artist pierced the darkness.

"She said why don't you get back into art and do something artsy fartsy and I said, OK," said Al.

For years, Al acclimated to his art. Including using a welding accessory called a TIG rod to keep the points uniform.  He creates a universe of light, color and love. Where darkness is present, but pain is not.

"It's kind of like, if you're going through hell, keep going. I would say that somebody that's fighting, just keep fighting. If you don't it's not cool to waste good," said Al.

Soon Al's artwork will be featured in Spain. You can view the blacklight art exhibit at the Waco Winery.