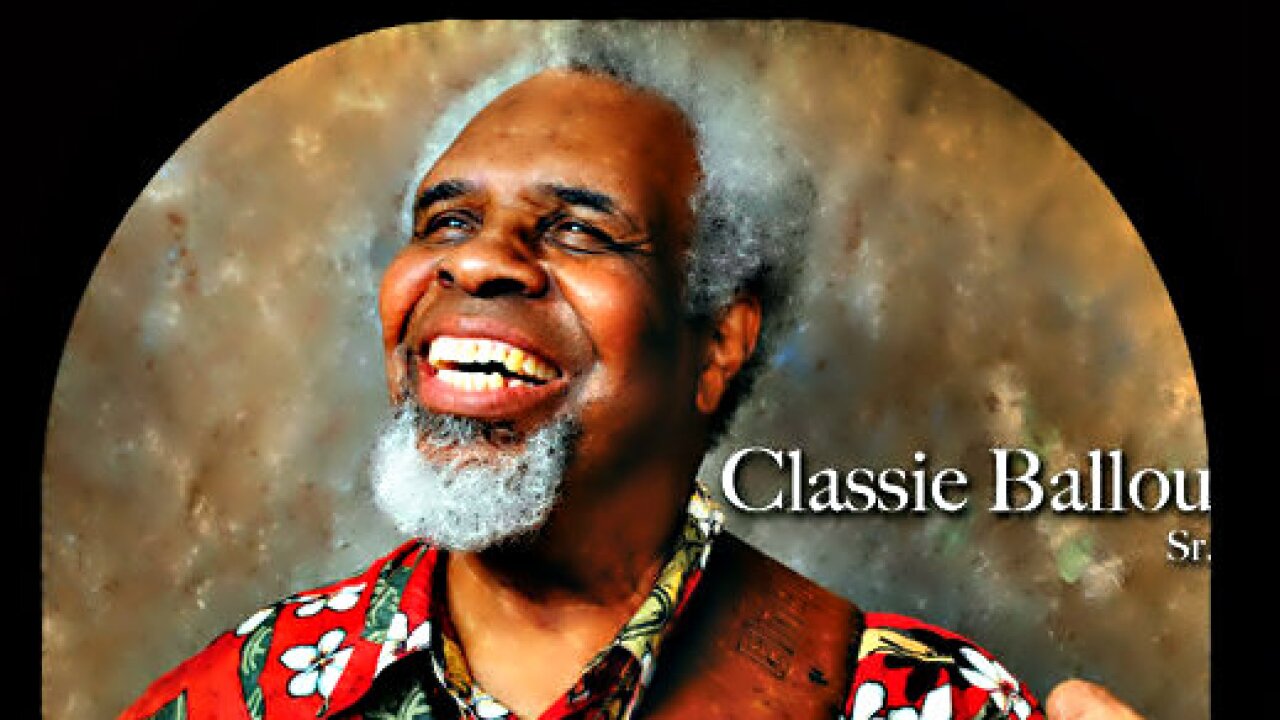 For half a century, Classie Ballou has been "pickin' and a grinin'."  His legacy in Waco goes back to the Civil Rights era when he played in the only black nightclub in Waco, that rivaled Harlem's Apollo Theater.

"The blues will be forever. It will never die," said Classie Ballou.

The 81-year-old is a living legend.

"I was the Michael Jackson of Central Texas or Willie Nelson," Ballou said.

Classie doesn't mind a comparison because he knows what his fingers, his bones have built.  A true house of blues.

"I grew up with Classie as my idol.  I was a kid hiding under tables in bars. He caught me under a table and said, ‘hey, look at the boy.’  I didn't know how to play and he said to do this and this and this," said Musician Steve Dansby.

Dansby owns the Old Tokio Store in West, a place for music and friendships to flourish.

"They treat good people good.  And they treat bad people good and that's what I've learned from them," said Dansby.

He's the keeper of a lifetime of memories made by the Ballou family.

"How to be a musician and a father and how to raise a family.  I wanted my kids to grow up with a dad. He was able to do that, and I was able to watch and learn," said Dansby.

Family is what brought Ballou in 1963 from his Creole roots in Louisiana to Waco. Classie's dad traded in his truck and bought him a brand-new station wagon after a musician back home noticed Classie's talent and wanted him to join a band.

The station wagon started racking up the miles.

"I was on the road back then with Big Joe Turner, Roscoe Gardner and Etta James and Chuck Berry.  And Waco had a famous club back then called Walker's Auditorium.  You may have heard of it," said Classie.

Waco Businessman Herbert Walker made him an offer.

"He had a voice like Barry White.  He said, ‘hey young man I like that band you got...I'm gonna make you an offer,’" said Classie.

The Ballou family was growing, and wife Mildred wanted a place to stay put.

Six days a week, Classie charmed the packed house.  The money was good.  The living was honest and Classie always kept it, classy.

"I've been called a square by Ike Turner because I didn't want to snort cocaine.  I was the opening band for Etta James. I do my show then Ike and Tina Turner. We're in the dressing room. I was doing a little drinking and Ike is snorting...snorting that coke. I said, ‘man I don't do that.’ He called me a square all I can say is I'm big and fat, picking and a grinning, and he six feet under," said Classie.

Decades and generations strummed by. Four sons and a daughter all bit by the blues bug.

"I played with my dad on weekends and then back to school during the week," said daughter CaCean Ballou.

CaCean started playing at 2-years-old.  Her mother was a school teacher and she saw the hard work that kept the family in tune.

"You know that saying, never take wooden nickels and it works.  I don't take nothing from nobody, I don't care who you are," said CaCean.

In this family's history book, a page that may have repeated.

"I always think about my grandfather every time I get on stage and I always thank him and God or I wouldn't be doing this right now," said Cam'Ron.

If he's like his grandfather, he'll keep doing it for a long time.

"Everybody said ‘when are you going to retire?’ And I said, ‘I'm gonna play til I die.  I'm never gonna retire,’" said Classie.

A benefit will be held on Oct. 20 at Lakeside Tavern in Waco from 2 p.m. - 2 a.m. to help raise funds to get Ballou's home up to code and repaired as well as medical costs for health issues.

Texas Voices is a weekly segment that features musicians, artists and creatives in Texas and airs every Monday at 6:30 p.m. on Central Texas News Now.