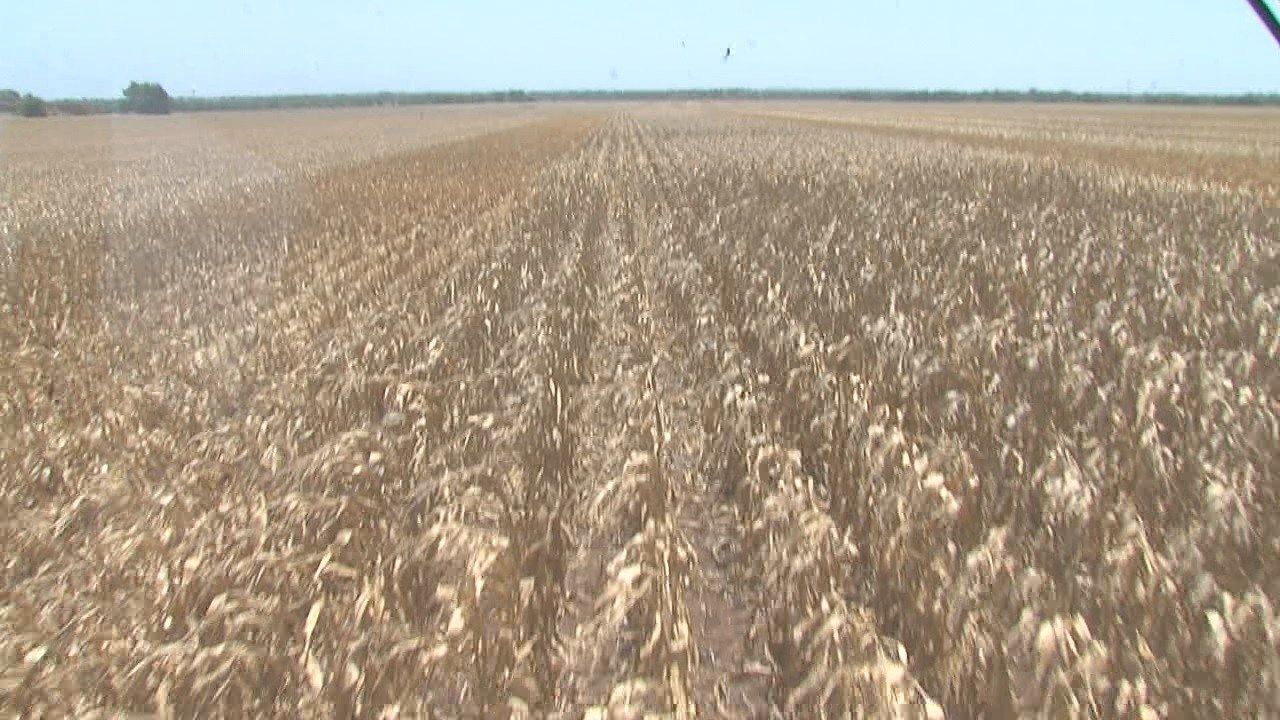 Crops, such as corn and grain sorghum have been impacted by the lack of rain and extreme heat in Central Texas.

Rodney Schmalriede, a farmer in McGregor, doesn't expect to harvest as much corn to sell at feed mills as he did last year.

"The production is catastrophic. Last year, we were making 90 to 120 bushels of corn," Schmalriede said.

The McLennan County Farm Bureau president anticipates producing only 30 bushels because of the weather conditions in late spring and early summer.

"Just at the critical time, when the plant was pollinating, it was needing the moisture to set the seed to make what we grow it for, to make the big ear of corn. The rain stopped, the heat came, the wind came and it's the absolute worst possible conditions for producing corn," Schmalriede said.

The McGregor farmer harvested the corn for grain as he did in previous years. However, other farmers decided to sell it for silage, which involves chopping and storing the crop in tower silos for animal feed.

"When it's used for silage and chopped for silage, it's not as good. The return on crop is not nearly as high. Hopefully, the farmer is able to recover some funds through crop insurance," Texas Farm Bureau Senior Associate Director of Communications Gary Joiner said.

Schmalriede has crop insurance but he doesn't expect to make a profit from corn this year.

"At best it helps you take the sting out. It helps you pay some of your income costs. The way we are doing it here, we won't make you any money," Schmalriede said.

Joiner said farmers are also noticing the effects of the drought from hay being scarce and more expensive than before. Consumers may notice the impact of it later on.

"It really is a difficult time for farmers and ranchers right now and consumers and others who are counting on those products are going to feel the impact months down the road," Joiner said.

Schmalriede who harvested wheat and oats said those crops will help him offset part of the losses from the corn.