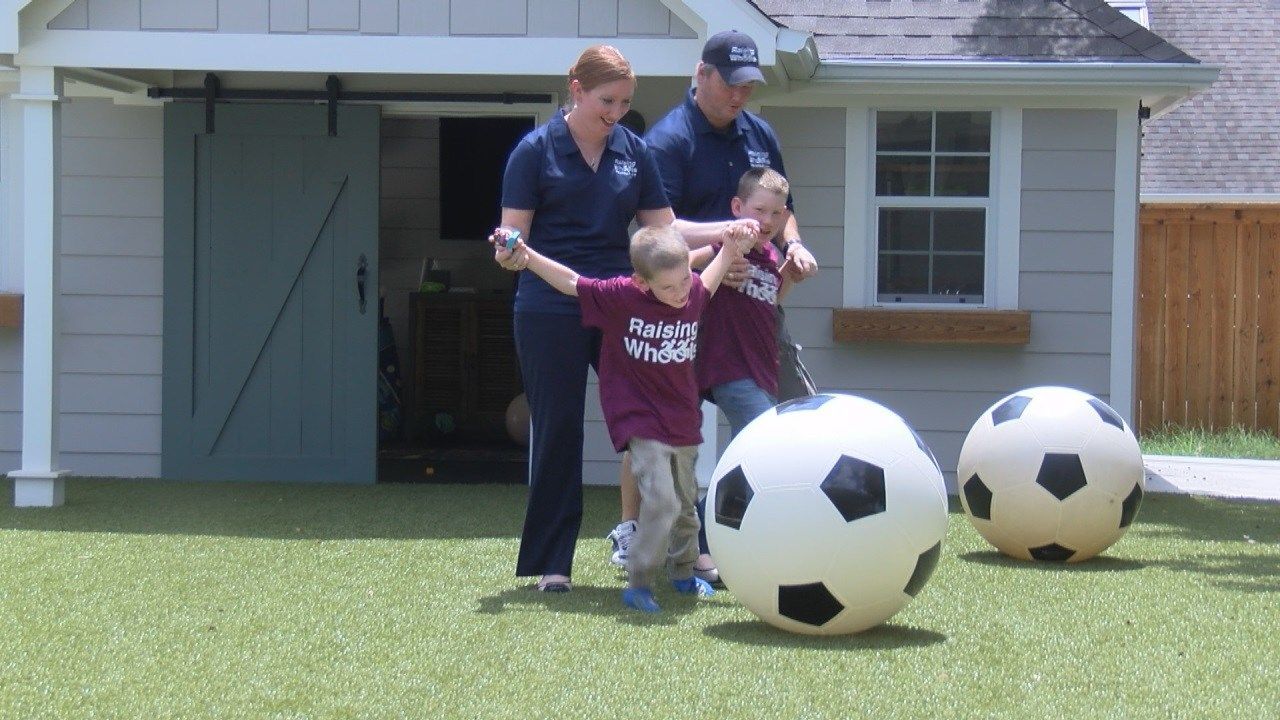 A Central Texas family is starting a new foundation to bring more accessibility to others in wheelchairs.

Jody and Melissa Copp have been navigating what it looks like for a family to have two children who use wheelchairs and walkers.

"We've navigated this world for a decade and we have gone through just about every hardship imaginable," Melissa Copp said.

The family said they have dealt with insurance issues, like being denied Medicaid, and learning what it looks like to raise a child with a medical condition that wasn't diagnosed for years.

The Copp's sons, Calan and Lawson, have a rare genetic disorder that only 11 people in the world have.

"It's a genetic mutation of the PNPT1 gene and it's directly responsible for all of the mitochondria in their body. Because they have a deficiency in their mitochondria, they're susceptible to organ failure at any sign of distress," Melissa said.

Calan and Lawson haven't always lived in a home that allowed them to walk around with their walkers.

Jody and Melissa started researching ways to help their sons, through grants and holding fundraisers to raise enough money to buy and renovate a home that would meet their needs.

In July 2017, Chip and Joanna Gaines' Magnolia Foundation chose the Copp family to be the recipients of an accessible home and to be featured on an episode of "Fixer Upper."

The family now has an accessible home for their sons, complete with an adult changing table that raises up so Jody and Melissa don't have to bend down to change the boys.

"It's night and day from what we were doing before," Jody said. "We want to be able to put these in other homes because we know how much this has saved our backs and saved our lives."

The family is now starting the Raising Wheels Foundation. The foundation is a resource for families in a similar situation, to create a more accessible community in changing areas and bathrooms, and eventually provide grants to help families build an accessible home.

"We feel like we can relate to a lot of those that are out there because we live this life," Jody Copp said.

The Copps are telling their story in a new book called "The Triumph Book: Raising Wheels" which will include stories from other families across the nation who are dealing with similar journeys. The book will be available next spring.