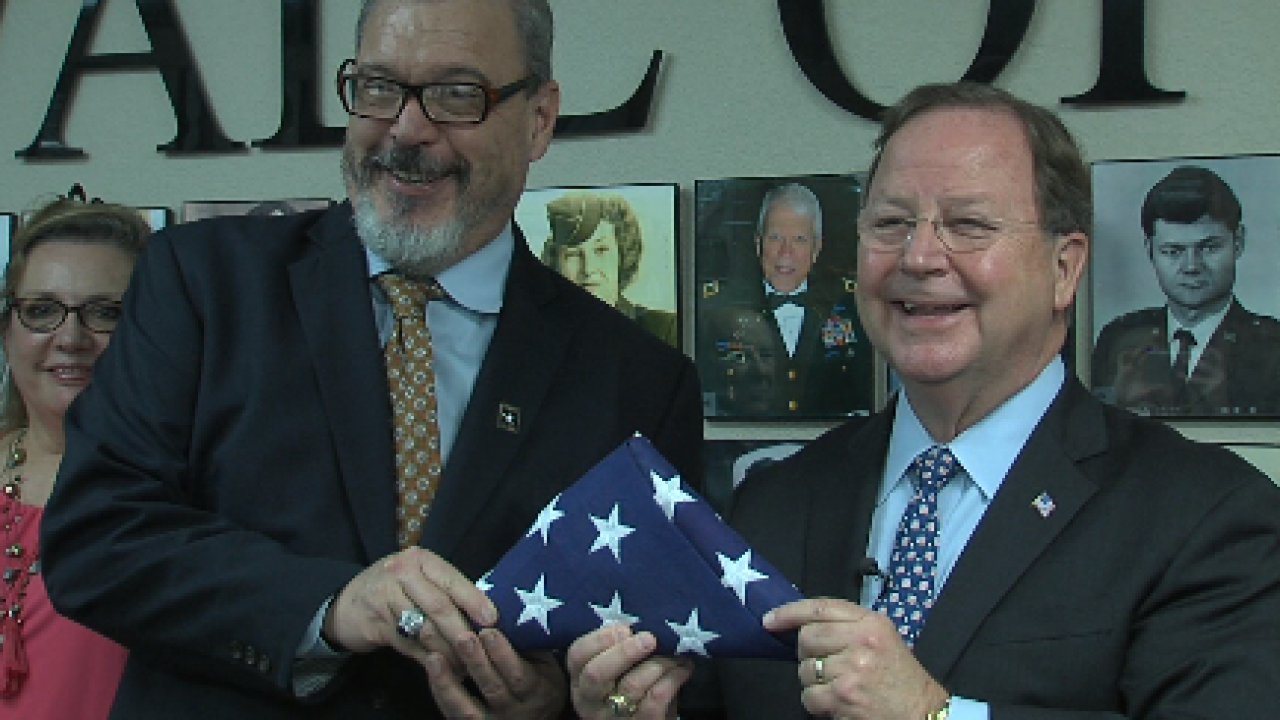 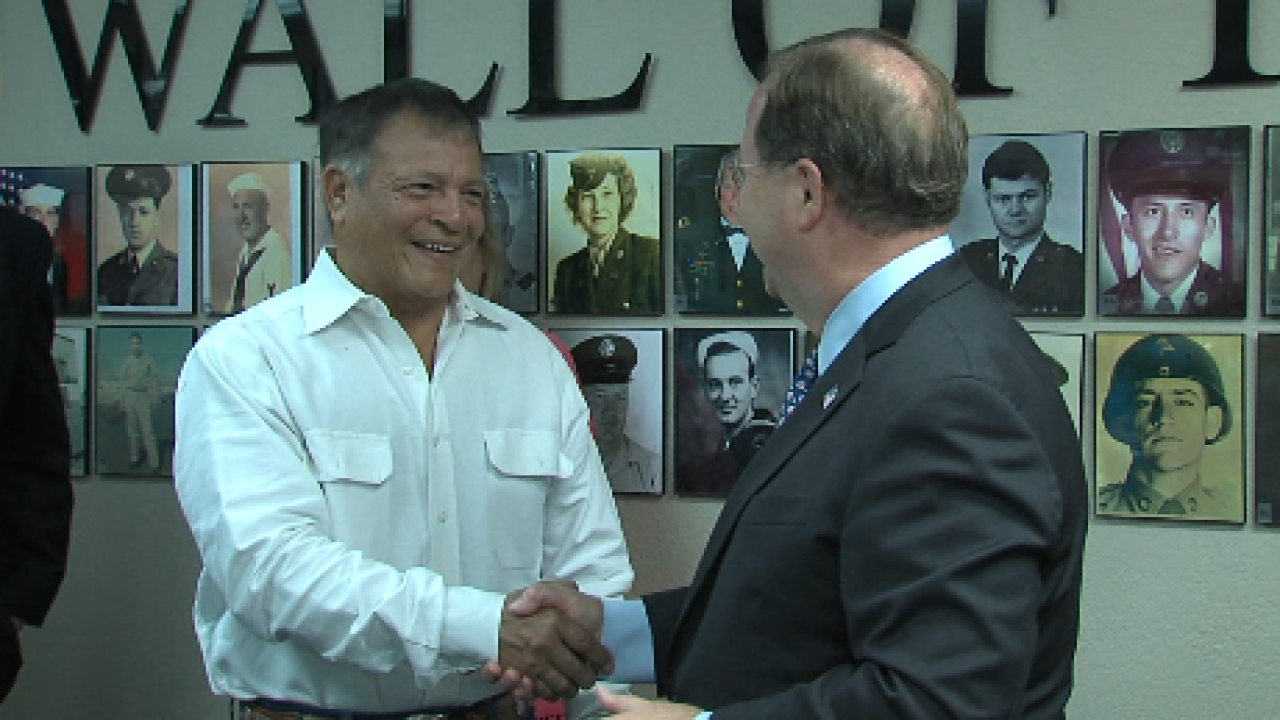 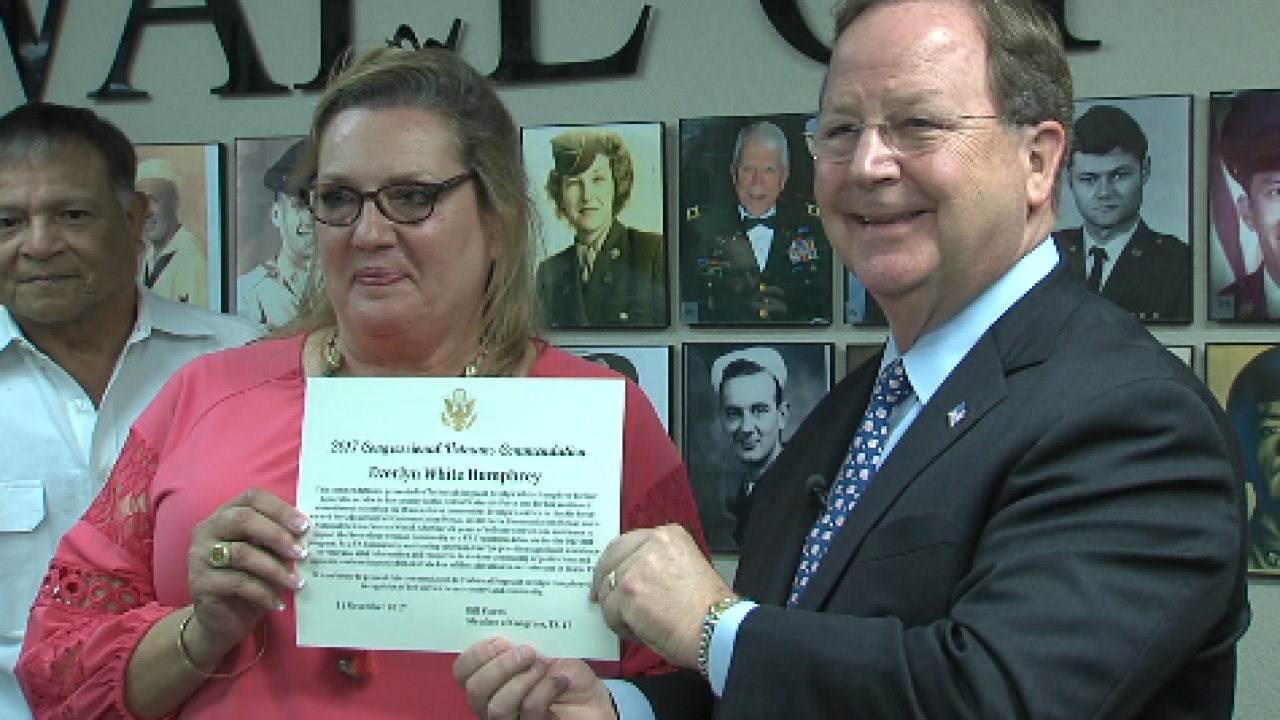 Congressman Bill Flores stopped by the Veterans One Stop in Waco to recognize three veterans on Wednesday.

In 2012, he created the Congressional Veteran Commendation to honor veterans for their service during and after their time in the military.

Russell is an Army veteran who served four deployments during the Iraq War and now works to treat brain injuries veterans receive in combat.

Ramon is an Army Veteran who served two tours during the Vietnam War. He also serves the Hewitt VFW and provides PTSD support to other veterans.

Humphrey served in the Air Force for more than two decades. She's also the first woman in all of Central Texas to receive this recognition.

"It's quite an honor to be recognized like this," Humphrey said. "You kind of get welled up a little bit sometimes."

At 23 years old, Humphrey chose to dedicate her life to serving our country.

"Pulled my boots every day and missed a lot of holidays with the family and I'm so proud to have gone that route. I wouldn't have had it any other way," Humphrey said.

Humphrey's commitment to our nation didn't stop there. She now works at the Waco VA helping other veterans transition back to civilian life.

"Everything from transportation to legal resources. I also bring them to the Veterans One Stop for the resources here," Humphrey said.

This is the sixth batch of people to receive Congressional Veteran Commendation since it was created six years ago.

"It's very humbling to recognize these deserving men and women for the service they do for our communities and our country," Flores said.

To view all the Congressional Veteran Commendation recipients, click here.