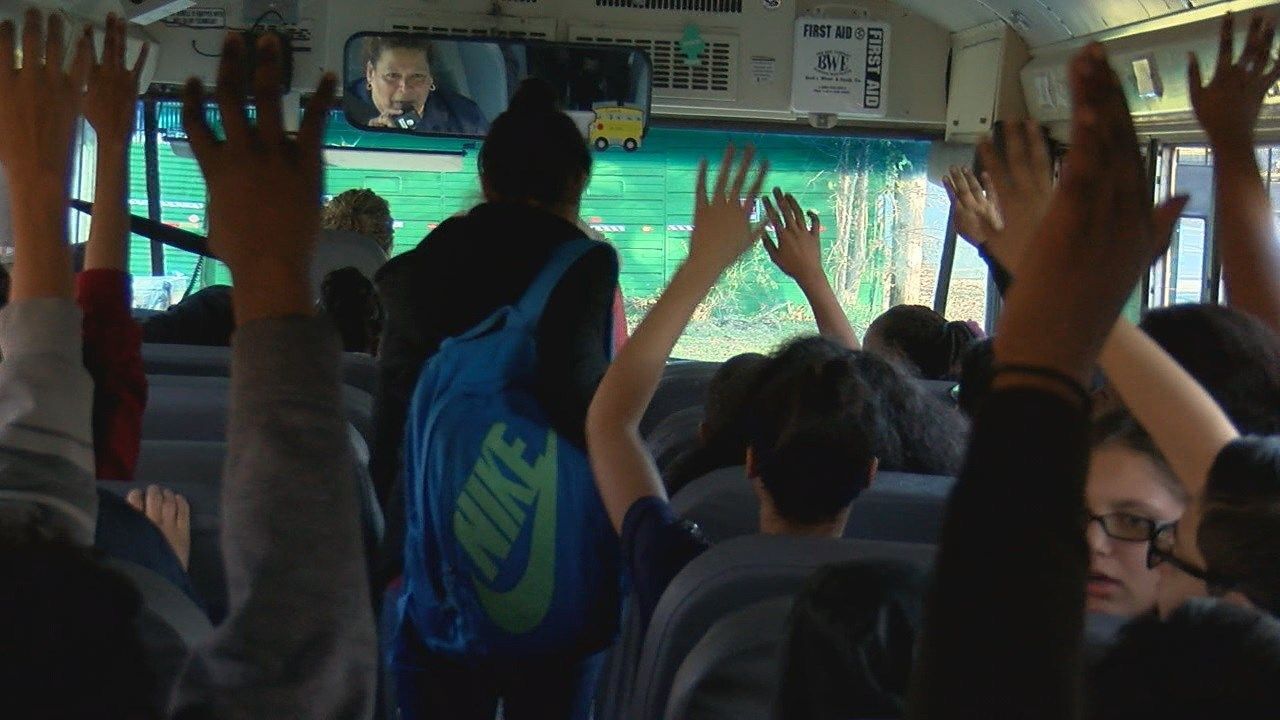 A bus driver who transports Waco ISD students is going the extra mile to help them.

For two years, Connie Lozano has raffled off restaurant gift cards for the middle school students on her route. Lozano who has been driving for Waco ISD for three years said every two weeks, she buys the gift cards and asks the students trivia questions. Topics range from bus safety to school curriculum.

“I just wanted to do something for the kids that would let them know that someone does care for them. That somebody is there for them," Lozano said.

The Waco ISD bus driver recalls how a student she had in the past was beyond excited to receive a gift card.

“Me, myself, being a single parent at one time, it can get hard. There are times when you can't. You don’t have the extra money to go out and eat. I think this gave her a chance to go out to eat and have a dinner that probably her mom wouldn’t have been able to afford because she was a single parent,” Lozano said.

According to Lozano, buying gift cards out of pocket has never been a problem for her to afford. However, this November and December have been more difficult because she was preparing for surgery.

“Any other time of the year, it’s OK but these past two months kind of hard but I’ve managed,” Lozano."I have not failed my kids. I have been able to give them their gift cards."

The middle schooler added her generosity reminded him there are still good people in the world.

Her giving spirit and originality have also made Lozano closer to her riders.

“If they have a problem, they don’t know who to turn to, they know they can turn to their bus driver,” Lozano said.

Lozano will be recovering for two months from a knee surgery performed on Wednesday.

On Tuesday, she raffled off two gift cards and gave the students who didn’t win bags of candy.

Students on her route said they will miss Lozano while she is out.