Have a barking dog problem? You have options 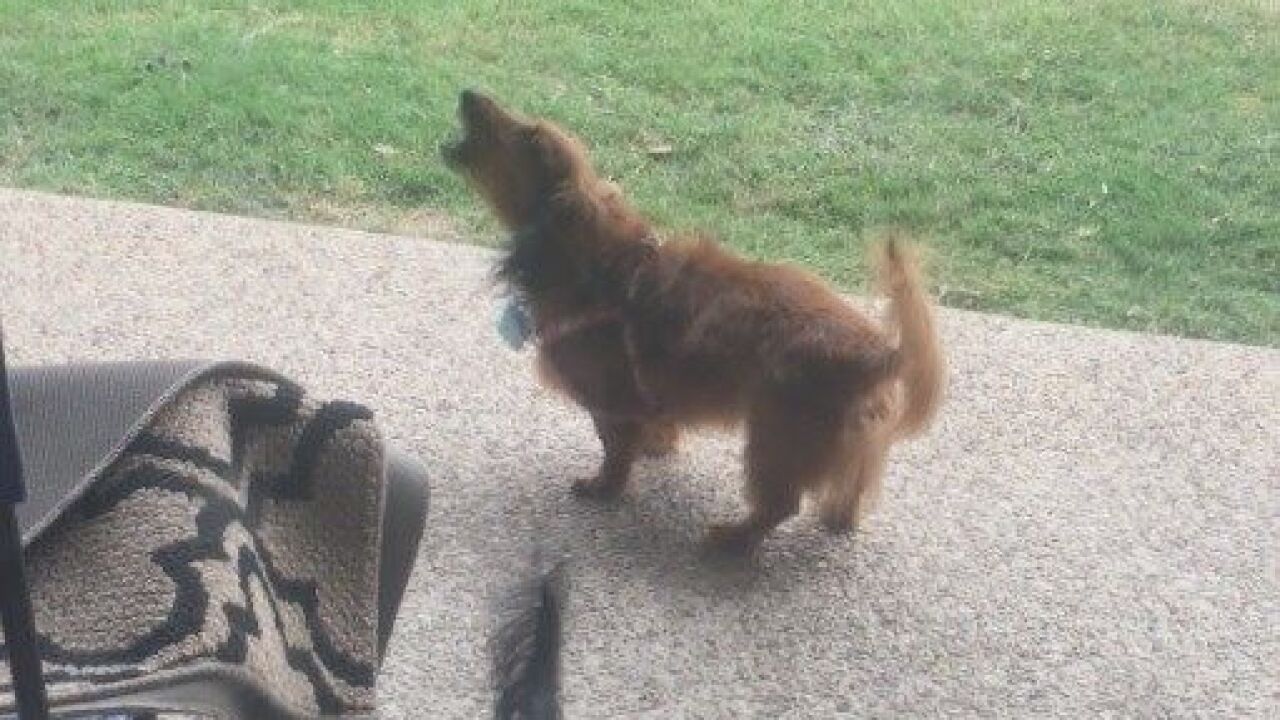 Neighbors can be a noisy nuisance especially when they have dogs that won't stop barking.

However, It's not something you necessarily have to put up with.

Central Texas News Now investigated and found there are many things you can do to get your dogs or your neighbors to calm down the barking so you can have some peace of mind.

One woman in Waco, who did not want to reveal her identity, reached out to Central Texas News Now to tell us her neighbor's dogs bark constantly day and night.

"I suffer violently from migraines so when I come home sick as a dog ready to throw my heels up and all I can hear is, bark, bark, bark, bark, just constant, it's enough to make my head just pop off my shoulders," she said.

Fearing that the crying was because of neglect, she said she reached out to animal control, police, the Humane Society, and even the SPCA, to no avail.

We went to that house to talk to the owner.

While the owner did not want to go on camera or tell us his name, he said he takes care of his dogs, but one of them is sick.

He added that they bark to protect the family.

"If you want something to guard your home, get a Smith and Wesson. It's Texas," the woman said.

This kind of situation actually plays out in Waco quite often, according to Waco Animal Control.

"Animal control gets a lot of calls probably about six a week around there," said Waco Animal Control Director Luis Leyva.

Leyva said his department takes those calls about noise and neglect seriously.

"We try to work with the owner to figure out a way to keep them from barking or anything like that, but sometimes, people, they don't care or they don't understand, they don't grasp what's actually going on. That's where animal control has to step in and figure something out," Leyva said.

That's when owners can get a Class C Misdemeanor, but Leyva said you can help prevent that by talking to your neighbor about the barking before calling animal control.

"You want to make sure everyone is being neighborly because a lot of people don't realize that their dog is barking and there is an issue," Leyva said.

To make sure your dog isn't an issue, Leyva suggests you give them plenty of exercise, bring them inside at night and cover your fence.

"If they can put a cover on their fence to try to keep the visual aspect out of it that could also help," Leyva said.

If all that doesn't work, Central Texas News Now found another option.

The company Good Life Ultimate Bark Control sent us a bark control device to try out. You can turn it on and let it work by itself or you can use a remote to control it.

"The way that this works is when the dog barks, the unit responds with an ultrasonic sound. This sound is not audible to humans. It's very loud but it does not hurt the dog's ears," said Good Life Chief Business Officer Sean Moeschl.

Our Makenzi Henderson has had it for months. She used it on her dogs, not her neighbors'.

At first, Henderson said it didn't seem to work especially not on her male dog, Marte. After about two months, however, she said she noticed Marte would not bark outside nearly as long.

Henderson said it worked on her female dog, Stella, right away especially when she was in her kennel.

Moeschl said while the device will stop nuisance barking, it will allow instinctual barking.

"So if the dog feels like it's protecting its turf or the owner is in danger, the dog is going to bark through whatever you do," Moeschl said.

While the device worked for Henderson, Leyva said his department doesn't recommend any method.

"Because we can't guarantee it like you were saying, it works for some and it doesn't work for others so I mean there is trial and error. Whatever works for you might be the best thing," Leyva said.

Leyva said if you are calling to report noise or neglect, make sure to get the exact address of the house. That makes it far easier for animal control officers to investigate.

If you're interested in a bark control device, there are several companies that offer them besides Good Life.