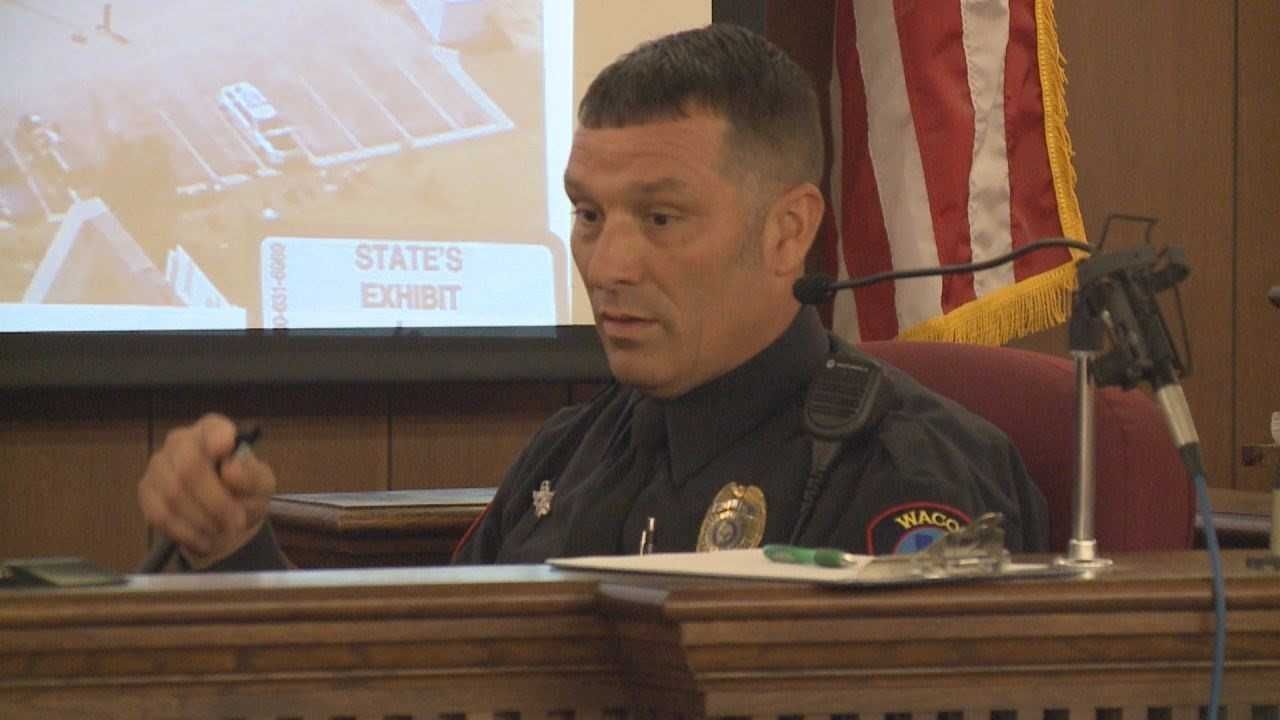 A Waco SWAT officer became emotional while testifying about the aftermath of the Twin Peaks shootout more than two years ago.

Officer Ben Rush took the witness stand on day 9 of the first Twin Peaks trial. Christopher Jacob Carrizal is on trial after being indicted on charges of directing activities of a criminal street gang and engaging in organized criminal activity. Nine bikers died and dozens were injured after the shootout.

Rush, who has been with SWAT team for 18 years, said he was assigned to patrol the area of Twin Peaks with the intention of remaining visible during the Confederation of Clubs and Independents meeting. That meeting was expected to take place at the Twin Peaks restaurant in Waco on May 17, 2015.

Rush claims police expected a fight but never a shootout.

When he was testifying about his involvement in the process of identifying the deceased, Rush became emotional and stated at that moment, he called his children. He said his family had heard about what happened and were concerned about his well-being.

Rush was not injured but he described the scene as overwhelming and was an organized chaos.

"We don't have handcuffs to handcuff everybody," Rush said. "Everybody's hands were loose. [We] don't know what they have on them."

Heath Jackson, a Waco SWAT officer, who also responded to the shootout said there was a pile of weapons, including knives and guns, on the crime scene.

"That pile was obviously a hazard. We had an officer on it at all times. To circumvent that, we had the officers move that to our vehicle and at a certain point, it became overwhelming," Jackson said.

He added they tried to keep weapons that came from some people in one section of the vehicle but he said due to the sheer number of weapons that wasn't possible. He also said other officer started putting weapons inside that vehicle because it could be locked in there.

While the scene was still active, Jackson was one of the three officers who fired shots at bikers.

McLennan County District Attorney Abel Reyna said ballistics evidence shows he fired shots at four bikers. Jackson only recalls shooting at three bikers, not four of them. He said he doesn't recall pulling the trigger of his rifle on the fourth biker who he said was leaving the porch area and walking onto the sidewalks as shots were dying down. He added that person seemed to fire shots in the direction where Jackson and his partner were located.

"As he is doing so, I take aim at him through my sights. I see him in my crosshairs as I start taking the slack out out the trigger. He falls but I don't remember firing that shot. That threat was ended," Jackson said.

A grand jury cleared Jackson and two other officers of any wrongdoing for their actions on May 17, 2015

The counter-sniper who said he anticipated his role during the special operation to entail patrolling claims police only expected to disperse a fight because they had knowledge the Cossacks and Bandidos didn't get along. However, he said they didn't think there would be a shootout.