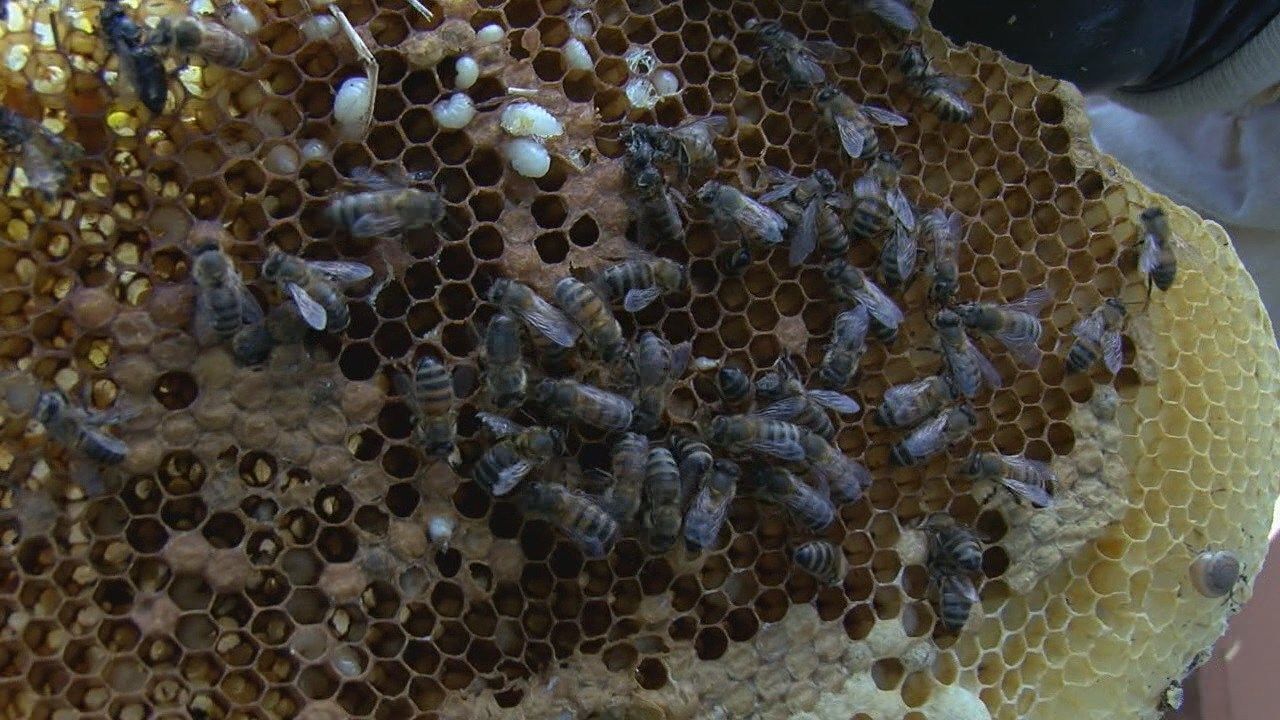 David Wester is usually ready for anything when he's mowing his lawn. From critters to snakes, he's seen it all.

"I've killed a couple copper heads," Wester said. "We got wasps like crazy out here, wasps don't even bother me. I got wasp spray in the house and we take them out when we need to."

But nothing could prepare him for what happened Monday when he rode his lawn mower over the water meter in his front lawn.

"It was just like a big black cloud coming up at my face all of a sudden," he said. "I thought they were crickets cause they were all black."

A few seconds and a couple of sharp stings later, he realized his mistake. What he thought were crickets were actually bees.

Wester was attacked by a swarm of bees that had been living in his water meter since early March. His granddaughter tried to spray the bees off with a water hose as he frantically swatted them away. The pain from the stings was so bad, he had to call an ambulance and stay the night at the hospital, fearing that he may have been attacked by killer bees.

"I know a couple people whose families have been attacked by these things," he said. "The first thing I thought was I'm gonna die out here loaded down with bees."

Wester survived the bee onslaught with a minor injury. Doctors and nurses pulled 24 stingers from his head, neck and arms and he was able to go home the next day. He returned to the front yard with a troop of his own: TrigBee's Bee Removal.

TrigBee's specializes in the removal and relocation of uninvited bee colonies like the one that attacked Wester. TrigBee's Owner Sara Trigleth said even though those bees were aggressive that day, they are typically nothing to worry about.

"Killer bees have given all honey bees a bad rap," Trigleth said. "Most of the time when your honey bees attack you, it's because they've been disturbed. They're just trying to protect their home."

TrigBee's removed the hive and brought it to one of their temporary bee farms. They said that in two or three days Wester's front lawn should be completely bee free, allowing him the chance to finish the job he started back on Monday.

If you have a bee problem in or around your home, you can visit the TrigBee's Bee Removal Facebook page for information on moving them out.