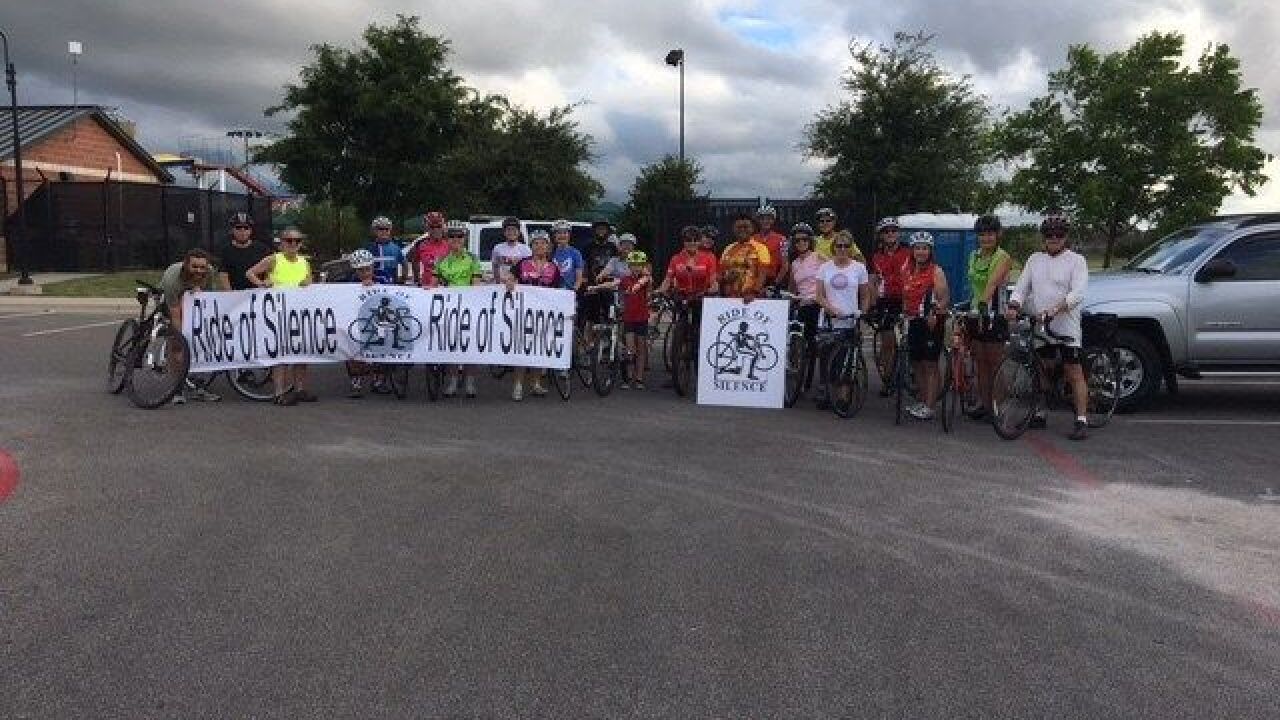 Cyclists are hoping to raise awareness as they rode in silence Wednesday to honor those that have lost their lives while riding a bike.

The nationwide "Ride in Silence" cycling event began in 2003 and made it's way to Temple in 2005.

On Wednesday, the two mile ride consisted of children and adults that have been impacted by cycling.

Leanne Chappell said she participates in the rides like this one to remember her own loss to cycling.

"In 2015 was when Terry Mack was killed. I wasn't on that ride, but it was a Tuesday night ride I generally rode on and several of my friends were with Terry Mack when he was killed on Highway 190," Chappell said.

Chappell said it's because of her friend and every other life lost that she rode in silence.