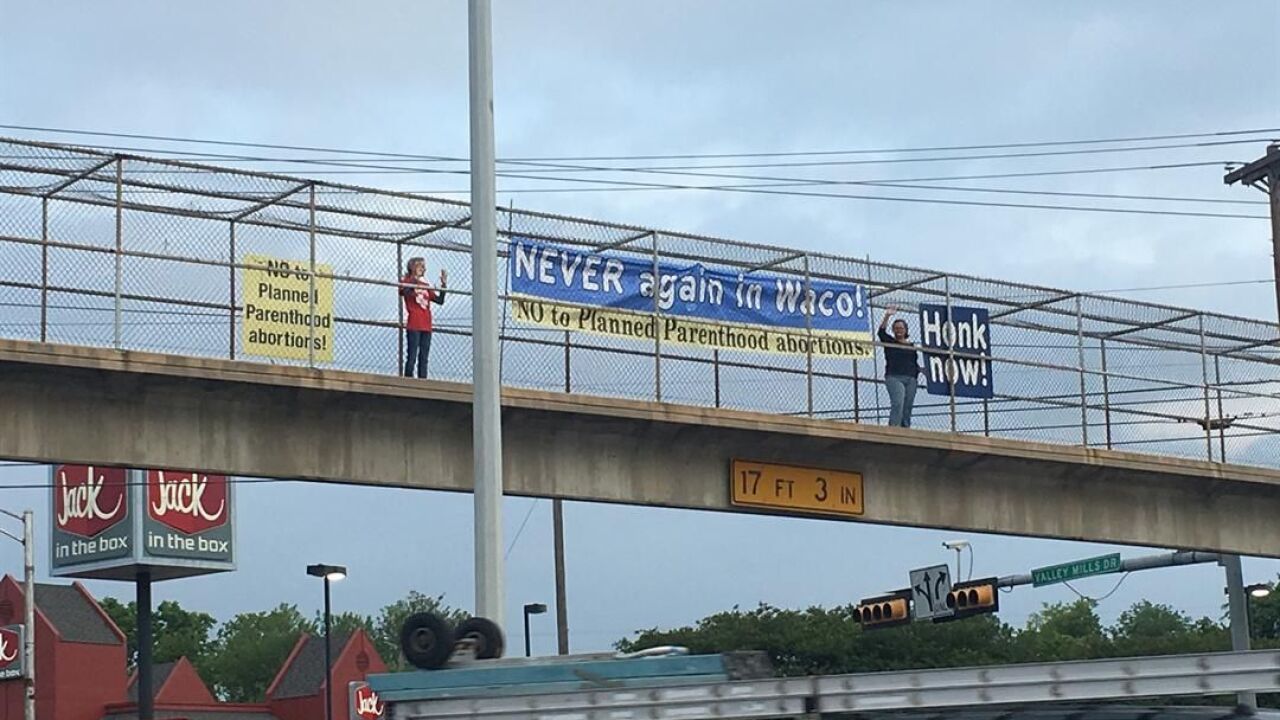 A group of Pro-Life Waco supporters rallied on a overpass to continue their campaign to stop abortions from happening in Waco on Friday.

The group called the demonstration an "Overpass Outreach" at the Valley Mills Drive and Bagby Avenue overpass.

Pisciotta said they just want the community to know they do not want any type of abortion clinic in the area.

"A totally helpless baby being attacked and killed is wrong. And also for the impact this has as life unfolds for the mother of those babies is for a whole lot of women, wrong. It's just bad for those involved, for Waco and broadly for Central Texas," Pisciotta said.

Twenty people stood on the overpass, holding signs and waving as people drove by.

"We want to peacefully and lovingly stand up for the unborn," Monica Crocker, Pro-Life Waco supporter, said.

"We try to have an impact for a cause that is very deep in our hearts. It's a heartbreak to think that abortion could return to Waco," Pisciotta said.

Pisciotta was referring to the Planned Parenthood facility on Ross Ave.

News Channel 25 reached out to Planned Parenthood for comment, but did not receive a response as of 4:15 p.m. Friday.

However, in February, Planned Parenthood told News Channel 25 that back in 2013, abortion services stopped at the Ross Avenue location, but that will change soon.

Planned Parenthood says they do not have a specific date or time that the abortion services will resume.