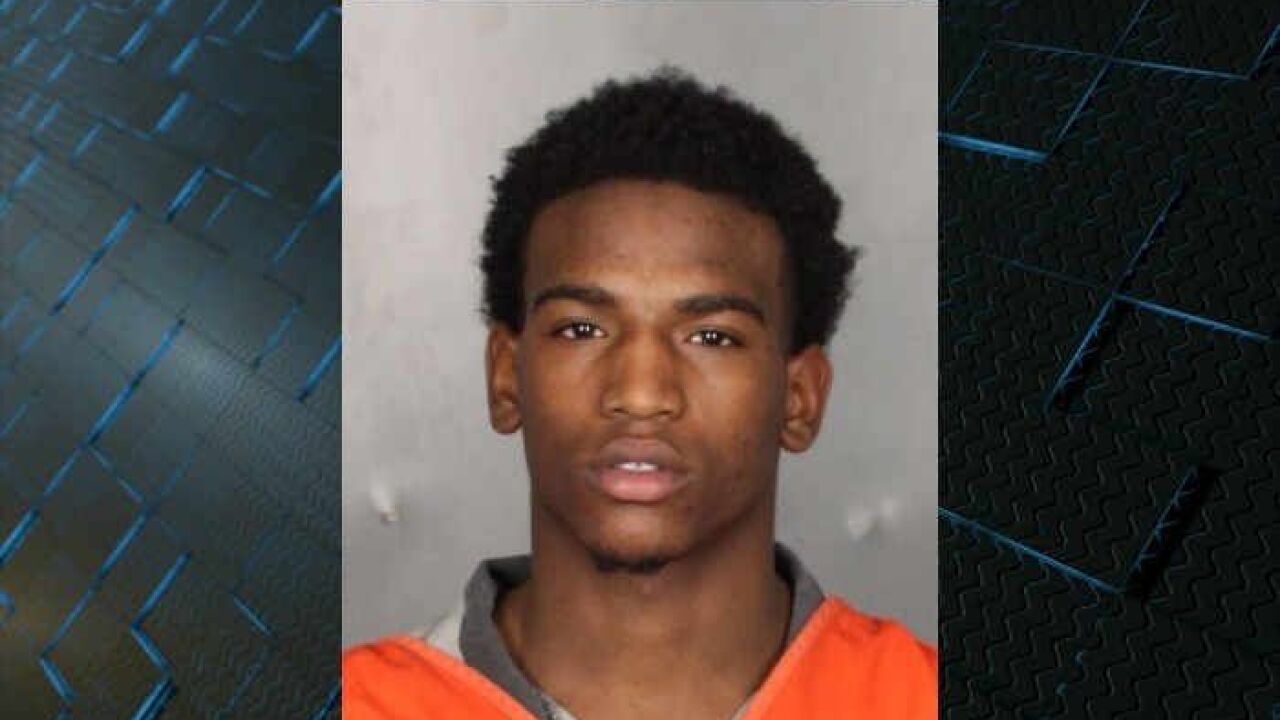 A mugshot from a previous charge. (Source: McLennan County Jail)

A former La Vega High School football player was arrested in Oklahoma for an armed robbery.

Norman Police said that Parrish Cobb, 19, was one of two robbery suspects. The incident happened on Wednesday at 11:41 p.m.

The victim told police that two men entered his apartment and pointed a handgun at him and his roommate. The suspects stole cash and drugs before leaving on foot.

Cobb did not conceal his identity.

Police arrested Cobb inside of an apartment in Norman and transported to the Norman Investigations Center.

Cobb admitted to driving the vehicle seen at the scene of the robbery.

Cobb is being held at the Cleveland County Detention Center on robbery with a dangerous weapon complaint, possession of a firearm, and conspiracy to commit a felony.

Earlier this year, Cobb was accused of three armed robberies in the Central Texas area, according to Waco Police. He was arrested and released on a $90,000 bond.