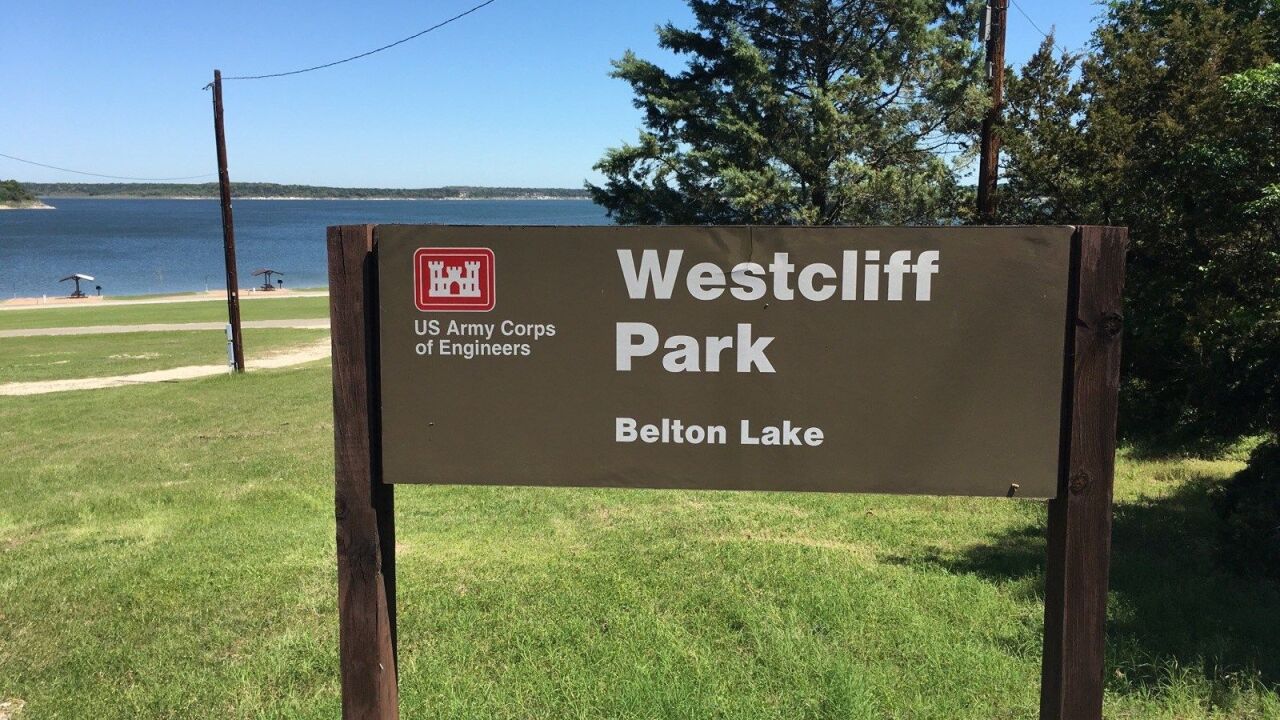 Westcliff Park and Temple Lake Park at Belton Lake are open as of noon on Friday.

"This is the first time the park has been open in two years," Bradley Ellis, the the U.S. Army Corps of Engineers Lead Park Ranger for Belton and Stillhouse Hollow Lakes, said.

Because of flooding and erosion, Westcliff and Temple Lake parks at Belton Lakes were closed for roughly two years.

Omar and Anna Tineo were the first two people at Westcliff Park just an hour after the gates opened.

"It's right on time, I don't know. This is our thing. This is what we do, so it's good. I'm proud to be part of that, surprisingly, unplanned," the Tineos said.

The Tineos have been coming to Belton Lake parks for as long as they can remember, and while the parks were closed...

"It's been hard. You know, when you do have days like this, you know when it's not raining, to enjoy. So, being that we're here first day and we just bought our pass, it's just getting started," the Tineos added.

The US Army Corps of Engineers updated all of the park amenities: picnic tables, table covers, barbecue pits and more... so the parks can sustain future floods.

"The Corps would like to tell everybody thank you for their patience," Ellis added.

"You gotta take your time to do it right. Do it right the first time and you don't have to come back. They took their time, that was good, and it shows," the Tineos said.

And to add to the excitement...

"2271, which is known as the dam road that goes across Belton Lake, it will be open back to two lanes, which is currently at one, probably at the end of next week with the 5th or 6th of April," Ellis said.

The Sparta Valley Park at Belton Lake  will remain closed indefinitely due to erosion of the road caused by flooding. But, every other park at both Belton and Stillhouse Hollow lakes are open.

Day-use passes are $5 per vehicle.

A multi-agency pass cost $80 and will give you access to any federal park.

If you are over 62-years-old, you qualify for a golden access pass which offers free day-use and half price camping.

You may purchase any of the above passes at any lake park gatehouse.

Belton and Stillhouse Hollow Lakes offer free military passes and disability passes, with proof of disability, for day-use only. Free passes must be picked up at the U.S. Army Corps of Engineers office.