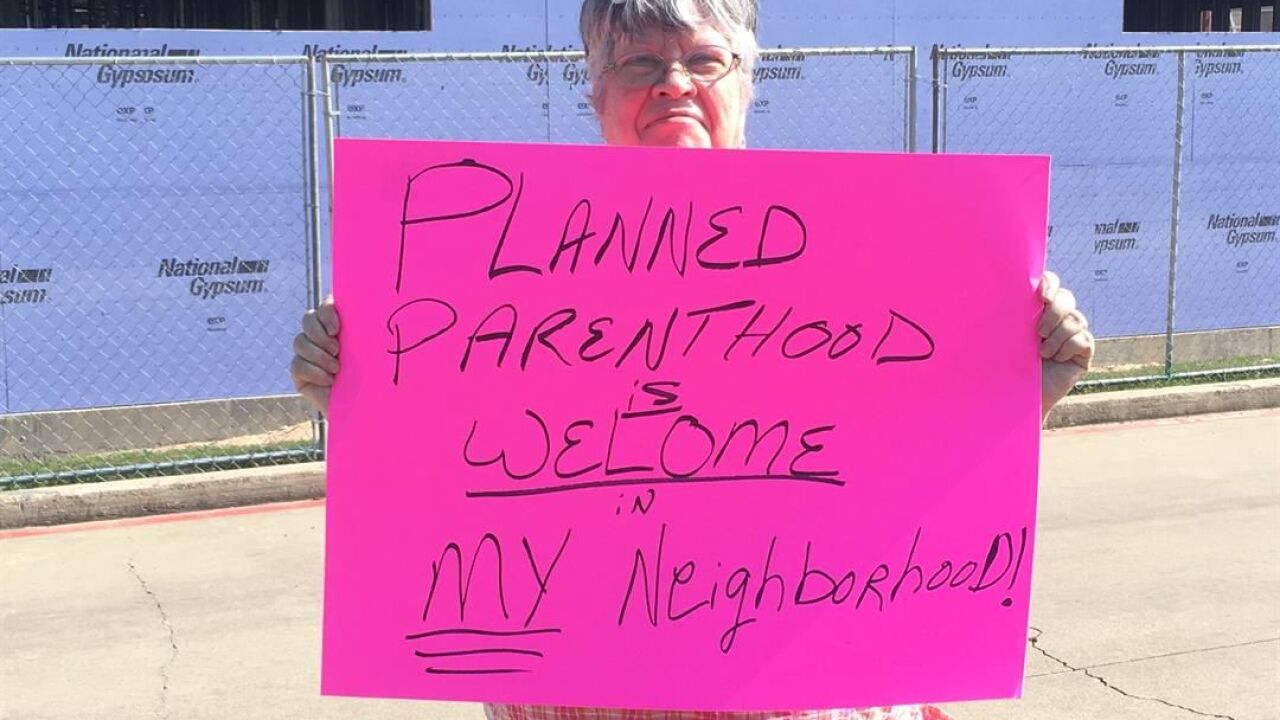 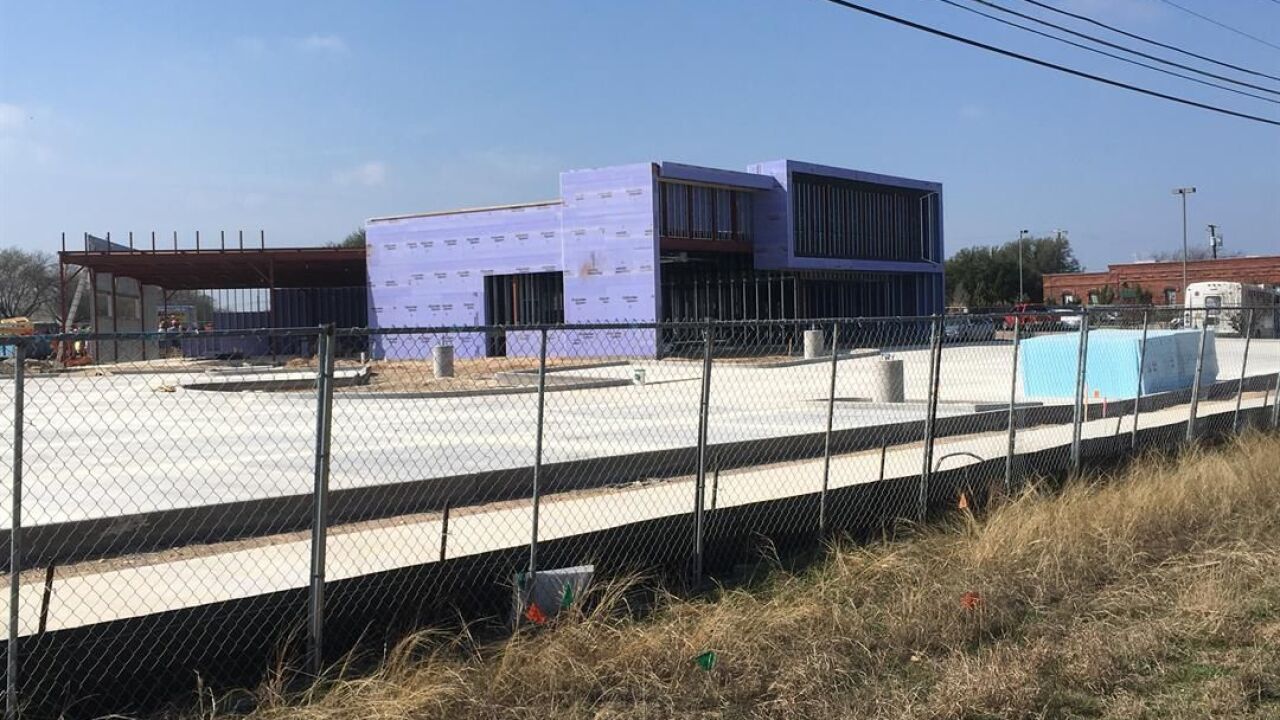 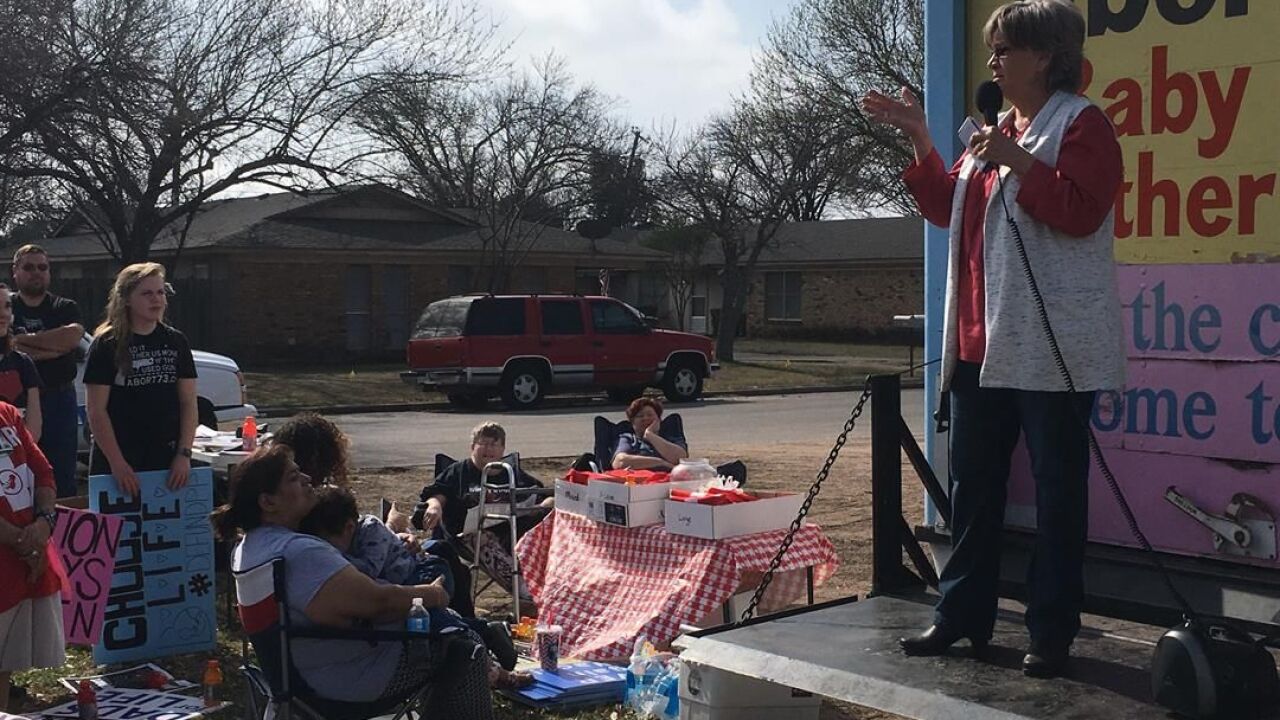 They say they believe Planned Parenthood is in the process of building an abortion clinic at that location.

“We don’t want this in our city,” McGregor said in reference to the construction project. “We believe the Bible says that God will withhold his hand of blessings on a city that aligns itself with evil.”

McGregor who identifies as Christian said it’s uncomfortable to get excited about something she hates. However, she said she’ll speak out if it means saving a life.

One public official at the event shared her story about getting an abortion and regretting it years later. Addressing the crowd, former state representative Molly White of Belton advocated for pregnant women to choose life instead of abortion.

“I went through this horrible experience,” White said. “It was the most painful thing a woman could ever do. It wasn't just physically painful. It tore my soul out because it's not natural. It's not natural for a mother to kill her unborn child.”

Parents Joshua and Jennifer Chisler heard White’s statement and said that her words have inspired them to fight against abortion clinics that seek to come to the area.

“Throughout my life I’ve heard things like that, but it really hits home when it came to somebody who’s gone through something like that,” Jennifer Chisler said. “And to see the emotion that’s still there just makes it worth the fight so other women don’t have to feel the same way that she felt.”

The say they attended the rally to support Care Net, a Christian organization that says it provides alternatives options to abortion. They also said their joy as parents of a young son also was a factor in their attendance.

“This little guy is my everything,” Joshua Chisler said while looking at his child. “I was in a bad spot before him and when we got the first little photo of him, he barely was a peanut. It changed my entire life.”

Statements from local pro-life leaders didn’t emotionally sway one woman though. The woman who didn’t want to be identified said she lives near the construction and the rally woke her up. That’s when she later showed up to the pro-life event with a countering sign that read ‘Planned Parenthood is welcome in my neighborhood.’