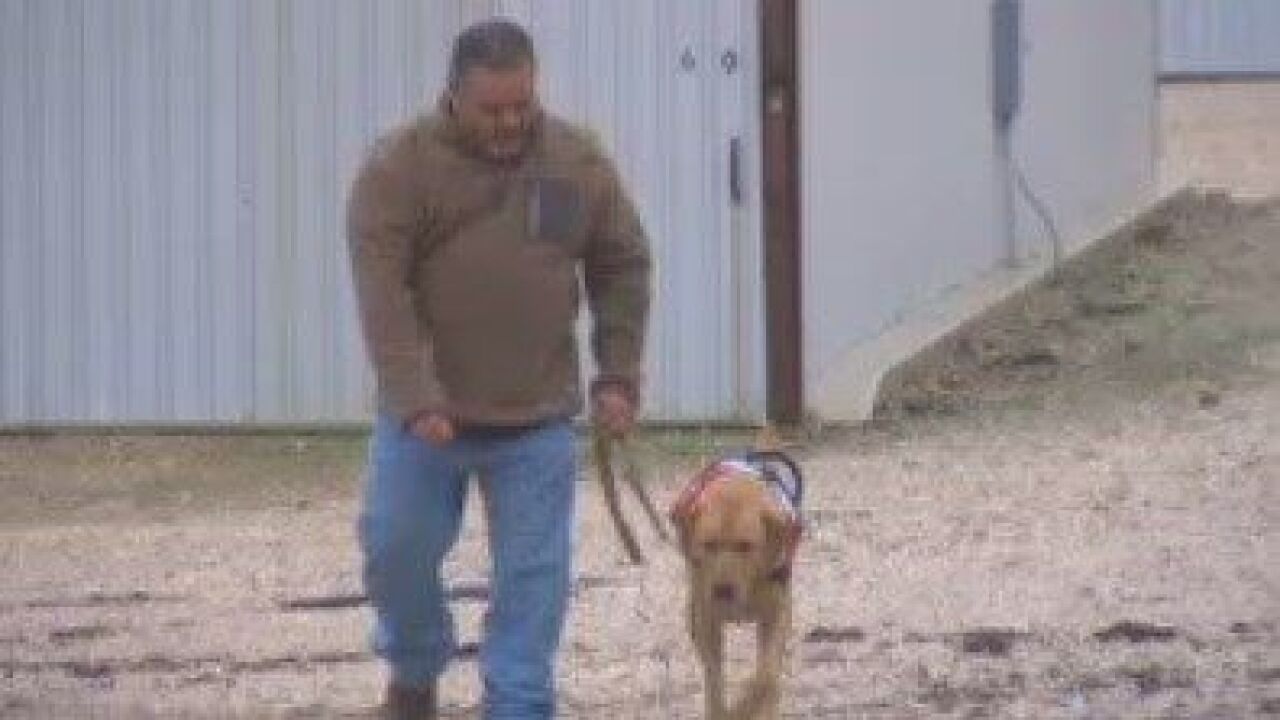 He went to places from Alaska all the way to Turkey. After years of being back from deployment, he's slowly getting back his normal life thanks to some noble help.

"I joined the military because to me it was patriotic,” said Román.

It was an experience with many ups and downs that he will never forget.

"I'd say it was the best experience of my life. It made me the person that I am today,” declared Román.

His main role was to serve as an explosive handler.

"You also had to destroy the ammunition that is obsolete or that is no longer functional,” explained Román.

While his experience serving in the Army was overall a good one, an event one night that he doesn't like to talk about would negatively mark his life.

"I have nightmares of what occurred and I wake up in the middle of the night. I walk,” said Román.

But, those nightmares are few and far between now thanks to his new companion and Patriot Paws.

"Actually, when I have a nightmare, Pilot will climb in the bed. He's heavy, so hey will lay down on me, and I have to wake up,” said Román.

Patriot Paws is an organization that trains service dogs for veterans with post-traumatic stress. They do it with help from volunteer raisers like Audrey Winking.

"I wanted a way to give back and then to join another community and get to know more people that way through doing service,” said Winking.

Eagle is the sixth dog Winking has helped train and she says it has been a memorable experience.

"It's been so rewarding. It really has. It's just something where I can do something to give back to people who have done so much for all of us,” expressed Winking.

Román and Pilot are a match like no other.

"It's like operating an airplane together. He's the pilot, and I'm the copilot. Sometimes, I know where I want to go, but he knows where I can go what I can do. He kind of knows some of my limitations."

Pilot is definitely navigating Román's life in a positive direction.

Román lives in Belton with Pilot, and he hopes they both create a lifetime of unforgettable memories.