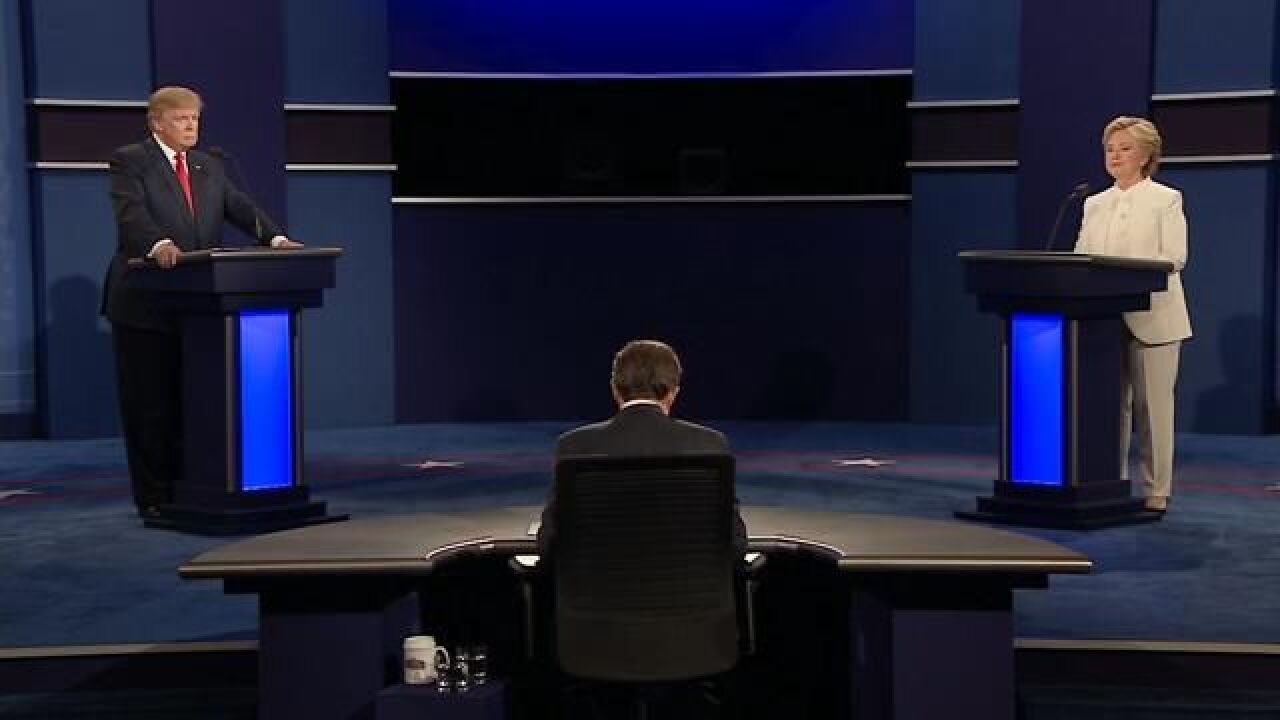 Several voters News Channel 25 interviewed on Thursday agreed about the winner of the last presidential debate but had different opinions on who to vote for president.

There was a consensus among the four voters News Channel 25 spoke with about Hillary Clinton winning the third debate.

Kelly Caleb, who was visiting Waco from Texas City, not only thinks she won, but plans to support her on Election Day.

"She has served 30 years of experience and she went ahead to reiterate that,” Caleb said. “Clinton spoke more about the topics. She kind of stayed on topic most of the time. Donald Trump was a joke to me,” Caleb said.

However, not every voter interviewed said they planned to vote for Clinton.

Mike Thompson who is from South Carolina said he made up his mind to vote for the Republican candidate for president.

"I'm going to vote for Donald Trump. My opinion is like the lesser of two evils. I'm very troubled but what's she's done or what she has been accused of,” Thompson said.

Other voters, such as Baylor student Gabriel Garcez, remain undecided even after the three debates.

The 22-year-old said he decided not to vote for Trump, but he still waiting for Clinton to say or do something that wins his vote.

According to Baylor Associate Professor of Political Science Dr. Pat Flavin, most of the scientific polls point Clinton as the winner of the third debate. However, he said being the winner of a debate, doesn’t always mean that candidate will win in November.

He referenced Mitt Romney being considered by everyone's appraisal the winner of the first debate against President Barack Obama in 2012. He added that win was by a wider margin than any Clinton's three presidential debates this year. He said overall Romney was viewed as a better debater but he didn't win the presidency.

"The effect of debates in the final outcome, it's not usually a huge effect but it can move the dial a little bit. In 2012, it did, it helped Mitt Romney and this time around it seems to have helped Hillary Clinton,” Flavin said.

Flavin added Clinton’s lead in the polls has increased since the first presidential debate. However, he said it may all not be due to the debate performances. He referenced the release of recordings where Trump could be heard making lewd comments about women also potentially being another factor for Trump's drop in his polling average.

"I think some of that might be wayward folks who thought about supporting Trump and the tape was the last straw them but others may just have been folks who had said for most of the campaign they were undecided but were probably more than likely going to vote for Hillary Clinton anyway," Flavin said.