Mothers Against Drunk Driving to hold Walk Like MADD 5K 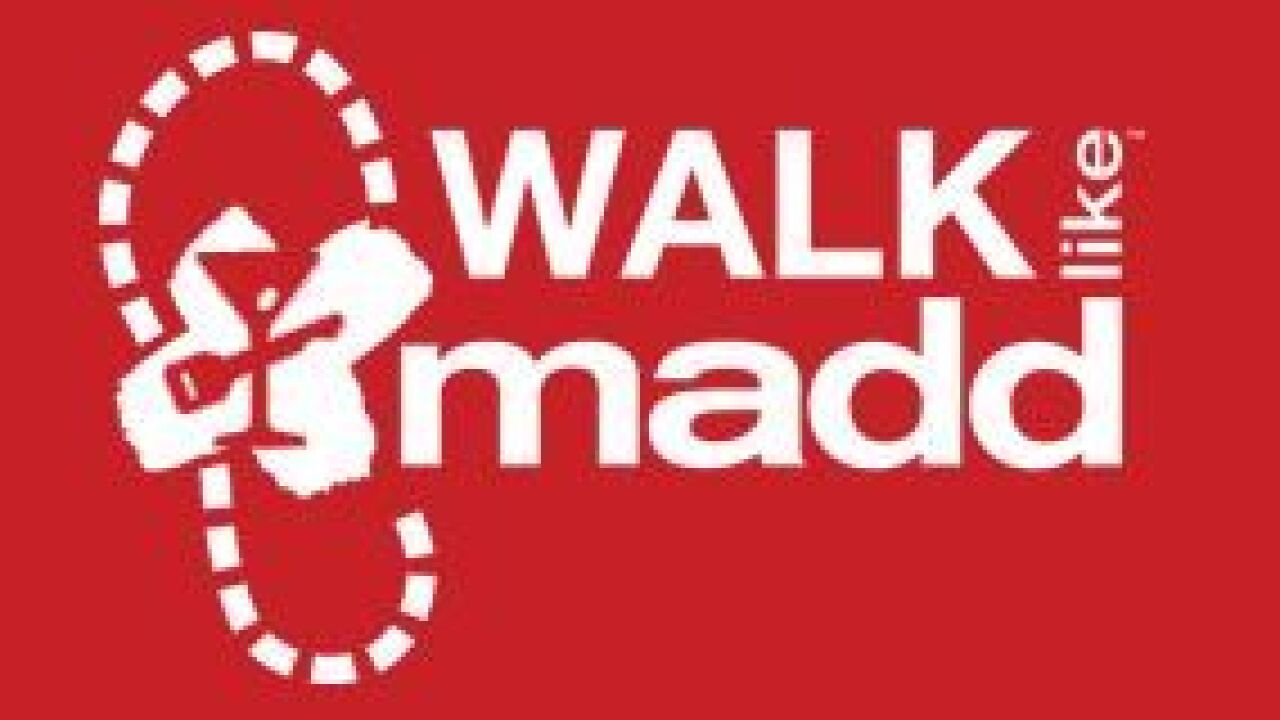 Mothers Against Drunk Driving Killeen is hosting a walk and 5K to raise awareness to the dangers of drunk driving.

The Walk Like MADD 5K and Walk will be held on Sunday.

Some of the families who have lost their loved ones to drunk driving accidents said the organization was vital to their healing process.

"It's a nightmare and you just want to wake up and everything... the way it was before," Kim Ray said.

In September 2012, Ray's sister in law Shelly Easter was driving home from picking up dinner when she was hit and killed by a drunk driver.

"You're just broken and it's hard to get back to were you need to be," Ray said.

Ray said the man who was behind the wheel had no remorse for killing Shelly which made it harder for her family to cope.

She was talking about Reita Hill, a victim advocate for MADD. Hill had shown up to the district attorney's office to help Shelly's family through the trial.

Hill said it never gets easier getting the phone calls from victim's families.

"If that person would have only gotten a designated driver [or] called a friend," Hill said. "Called Uber. Called anyone to come and pick them up, then their loved one would have survived."

Reita said in the past year, 37 people were killed and 349 people were injured in drunk driving related accidents in Central Texas.

"It used to be the weekends," Hill said. "It's everyday we hear on the news over and over and over again about these crashes and how somebody has been killed or seriously injured because of someone else's choice to drink and drive."

Hill and Ray said the Walk Like MADD event not only raises awareness.

"It's camaraderie that we have that there is someone out there whose been through what you have been through and you're not yourself."

The Walk Like MADD 5K will be at West Temple Park on Sunday October 9 from noon to 5:30 p.m. You can register here.