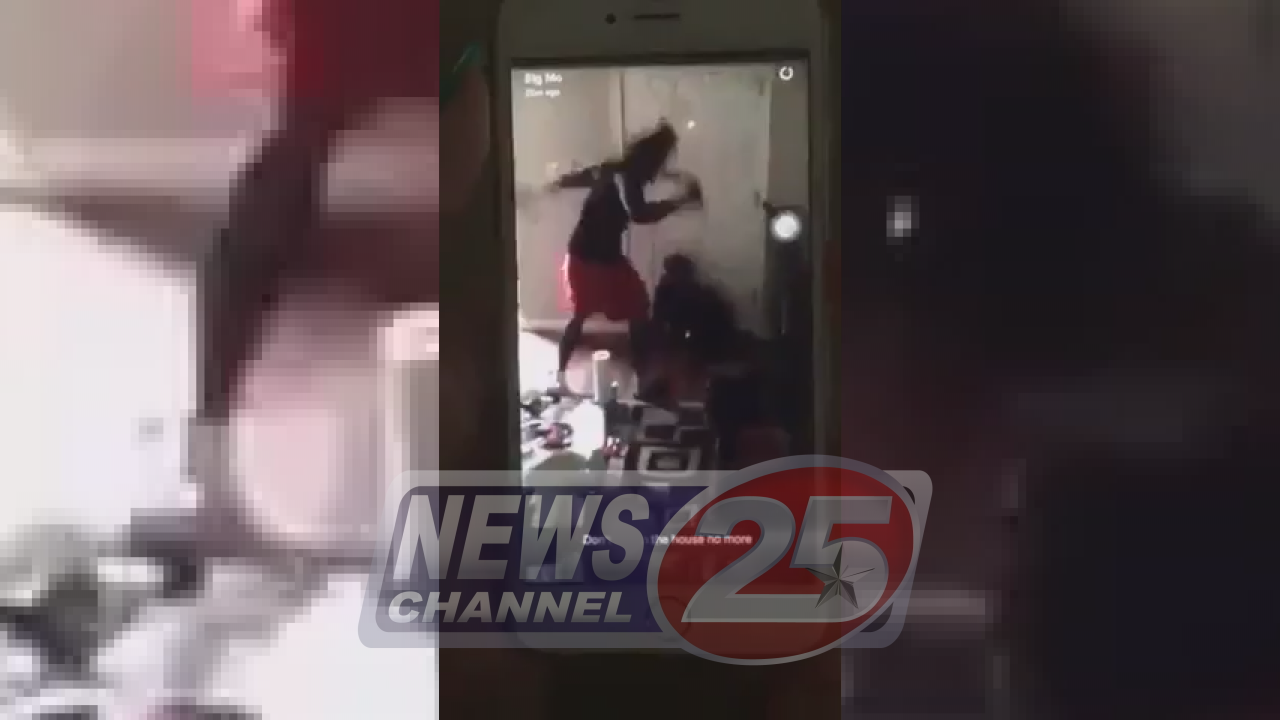 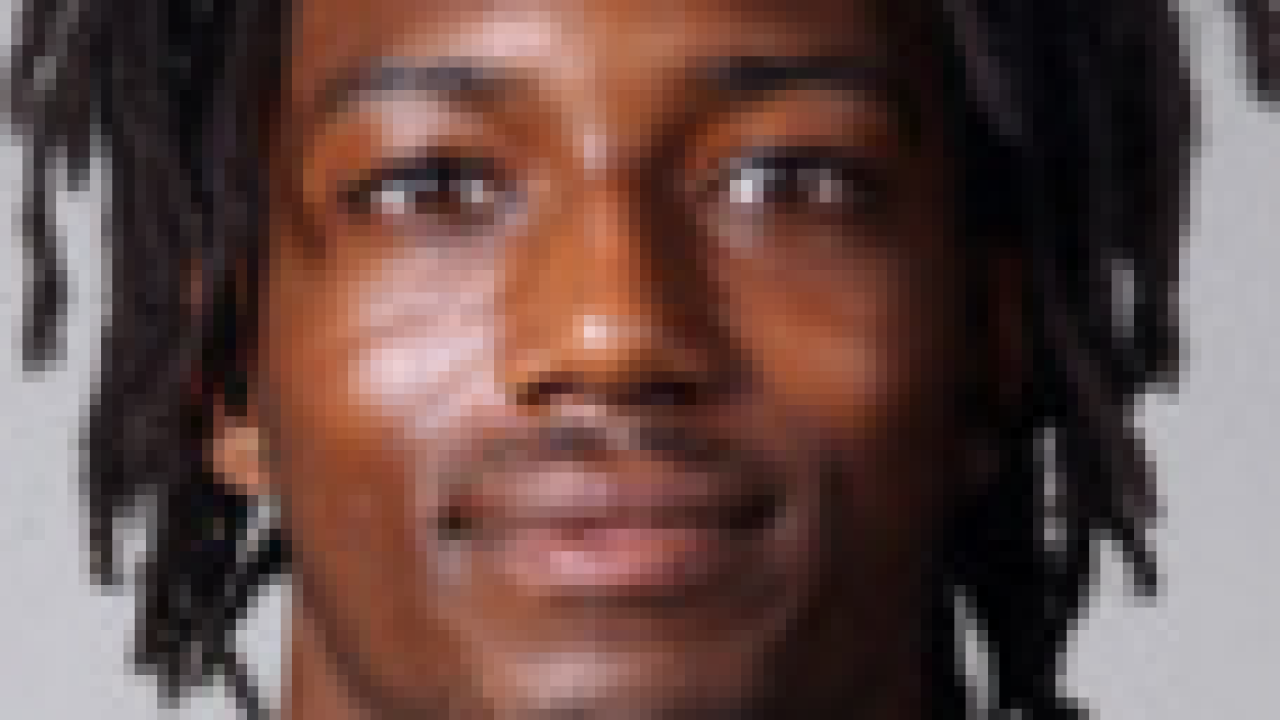 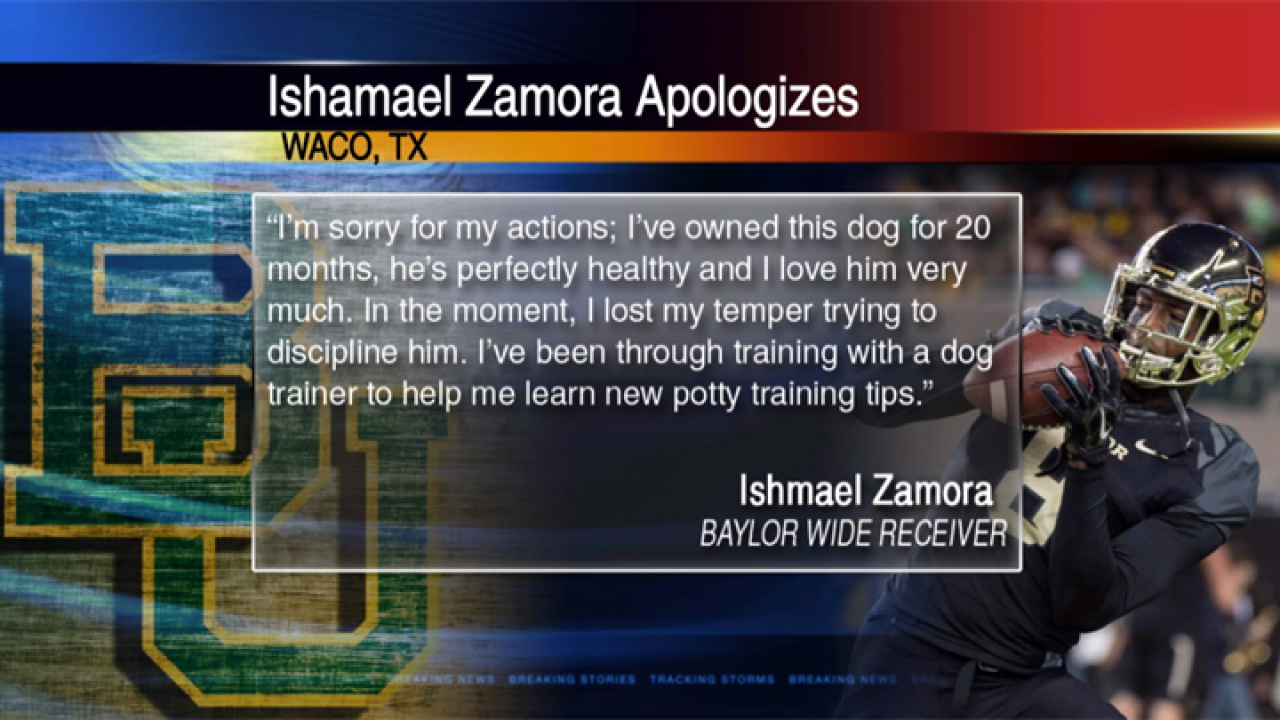 A video exclusively obtained by News Channel 25 shows yet another ugly side to Baylor University football.

In late June, a video of Ishmael Zamora, a wide receiver for the Bears, was shared on another Baylor player's Snapchat. The video shows Zamora abusing his dog.

Viewers can hear Zamora's dog yelp as Zamora hits the dog with a belt. The player then kicks, yells and curses at the dog.

Former Baylor student, Shelby Ball, said she knew she had to do something as soon as she saw the video.

"I went to authorities probably about two hours after I saw the video," Ball said. "Dogs can’t speak for themselves... I felt like something needed to be done."

Documents add that Zamora said he was only trying to discipline his dog and not harm him.

Zamora expressed that same sentiment in a statement he released to News Channel 25.

"I lost my temper trying to discipline him," Zamora said. "I’ve been through training with a dog trainer to help me learn new potty training tips."

But Ball said she doesn't think trying to discipline the dog is a good enough excuse.

"I can’t imagine anybody who loves their dog and treats their dog well, hitting their dog against the face because they had an accident in the house," she said.

An investigation into the animal abuse lasted a little over a month. Zamora was charged with a Class C misdemeanor and given a citation that could cost up to $500.

According to the police documents, Zamora sent the dog to live with his relatives in Houston.