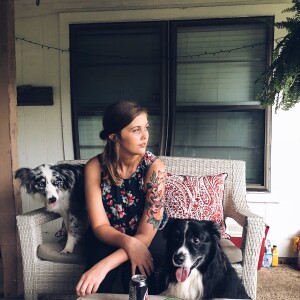 New video released by a Nevada attorney shows the Twin Peaks shooting from a new angle that includes disturbing images of people taking cover as the shooting starts, and an apparently wounded man running to get away.

Stephen Stubbs who is not representing any of the bikers in the case released dash cam videos on his Youtube page.

Stubbs said he obtained videos and evidence in the case when numerous news organization contacted him to review them and provide his opinion on the evidence months ago. He said he agreed with the news outlets not to release the video before but he can do so now.

A few days ago, he released an initial video with his analysis of the evidence and the facts he believed happened in the case. Stubbs said the audio included in that video is from a witness that provided a recorded statement to police of what occurred.

"I just thought it was appropriate for public to see what happened and video doesn't lie, you can certainly judge for yourself,” said Stubbs.

He said police statements made in the past, including bikers attending the restaurant to fight, are untrue. Stubbs stresses the majority of the bikers were present that day to attend a political meeting for the Texas Coalition of Clubs and Independents.

He said those who ran and took cover when the incident happened should not be part of the criminal process.

"The majority of the bikers there and the majority of bikers arrested didn't do anything wrong. There are bikers that did something wrong, that caused the fight, that were the aggressors, justice should happen for those bikers,” said Stubbs.

One video illustrates some of the bikers hiding behind cars at the Don Carlos restaurant parking lot. Another video shows bikers fighting, some of them even getting hurt in the process.

Stubbs said after he analyzed independent witness statements and the videos, he concluded 70 members of the Cossacks surrounded seven Bandidos who had just arrived to the restaurant on May 17, 2015. He claims the Cossacks started the fight, firing the first two shots.

Stubbs who represented the Bandidos in the past and drafted a press release on their behalf after the Twin Peaks shooting said he doesn't have a bias in this case.

On May 17, 2015, nine people were killed and dozens were injured as a result of a shooting between rival biker gangs in the parking lot outside the Twin Peaks restaurant, which was located in the Central Texas Marketplace.

District Attorney Abel Reyna told News Channel 25 he is not shocked the video was released to the media.