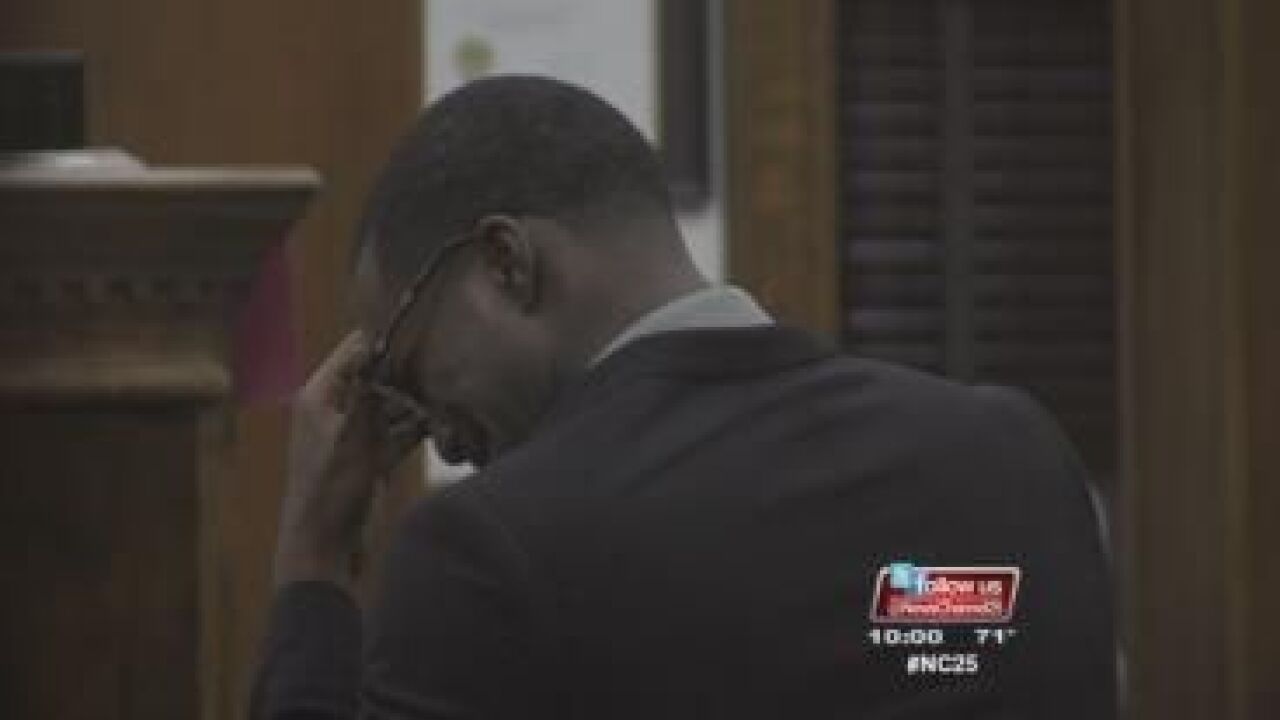 A former Baylor football player convicted of sexually assaulting a female freshman soccer player in 2013 has been sentenced to 10 years probation.

54th District Judge Matt Johnson also sentenced Samuel Ukwuachu to jail for six months and will require him to complete 400 hours of community service. If Ukauwachu violates his probation he would then have to serve eight years in prison.

The defense is calling the jury’s sentence a victory but says they aren’t done fighting. Ukauwachu’s attorney, Jonathan Sibley says his client maintains his innocence and says they will explore their options of appealing the conviction.

In court, the victim’s mother said probation would be a slap on the wrist.

Tears were flowing in court throughout the sentencing phase.  The defendant broke down several times as his parents testified on his behalf, the victim's mother shed tears as she described how this has affected her daughter and State Prosecutor Hilary Laborde cried during closing arguments trying to appeal to the jury's emotion.

The defense called a number of character witnesses to testify on the defendants behalf, Thursday, including Baylor’s Director of Sports Ministries Wes Yeary.

Pastor Yeary testified that Ukauwachu was very active in the school's Fellowship of Christian Athletes program and even flew to Africa on a mission trip with the organization to help lead sports clinics there. Yeary said he had grown close to Ukauwachu and invited him, along with other students to his house a number of times.

However, Yeary also counseled the victim and talked to her after the sexual assault. She was also a member of Baylor’s FCA before transferring to another school.

Yeary said despite Ukauwachu’s recent conviction he's still welcomed in his home and he would trust him around his family and children.