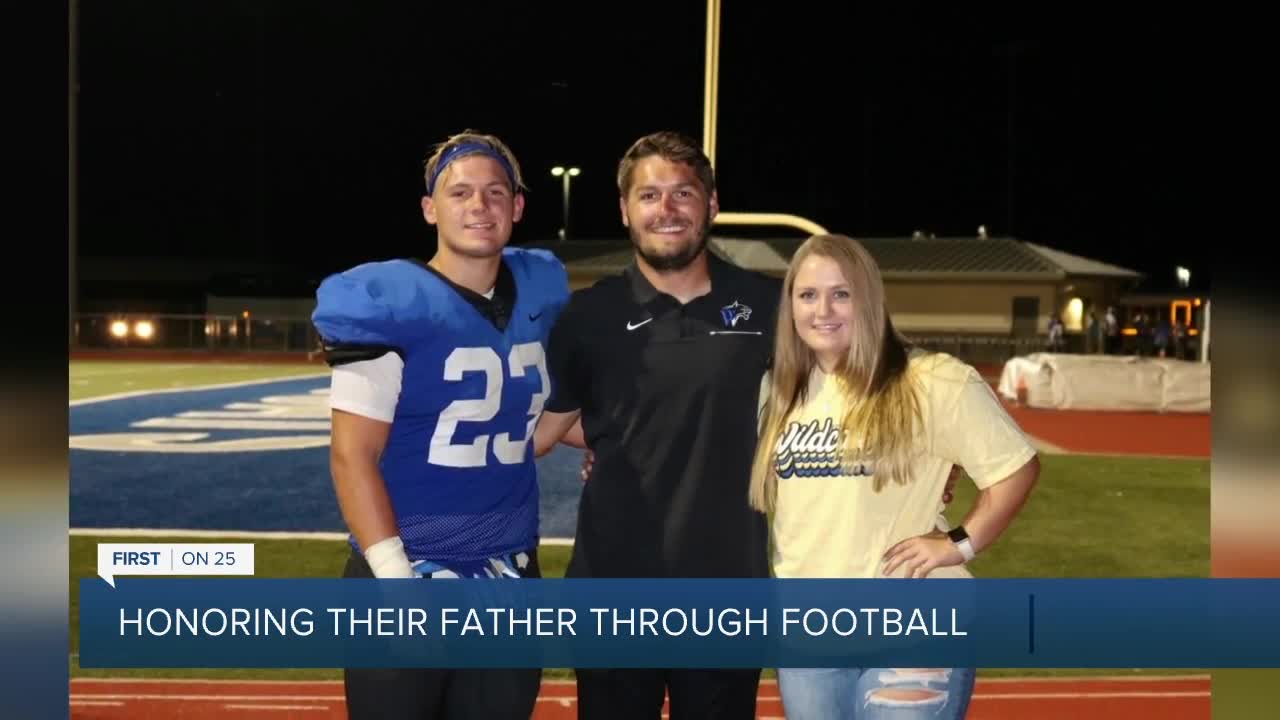 The Hightower brothers honor their father through football

If you’re a Texas high school football fan, then the names Dillon and Dawson Hightower might ring a bell.

Dillon played quarterback and defensive back lettering all four years. In his senior season, Dillon threw for 2,122 total passing yards and 17 passing touchdowns.

Dawson earned the 3A Built Ford Tough High School Football Player of the Week last season and wracked up 113 tackles and 9 tackles for loss in his junior season.

“Dawson has had to follow the last name. His brother Dillon was a huge part of the success here, and following into that gap has also fueled him,” said Coach Byrd.

“Football is a really big thing here. A lot of people remember it back then. A lot of people know my brother. They know what he did, so I think the fans really expect the same out of me,” said Whitney Sr. Linebacker, Dawson Hightower.

In 2008, the Hightower family’s world was turned upside down when their father passed away. As the oldest, Dillon at 14-years-old took on the role of helping his mother raise Dawson and his younger sister, Bailee.

“I’ve kinda been that father figure for Dawson and I know it kinda... not only is it fill your big brother’s shoes... it’s filling more,” said former Whitney quarterback and Wildcat's running backs coach, Dillon Hightower.

“He’s always been around, and he’s stayed around. He’s definitely my best friend. He’s always been someone I can rely on. He makes me mad sometimes, but we love each other and we are always there for each other,” said Dawson.

“In hindsight, it probably wasn’t the best idea to let him hang out with a bunch of 16, 17-year-olds whenever he was in fourth, fifth grade, but he was like our little buddy too,” said Coach Hightower.

Bobby and Deanna Hightower never missed a game, and even now, there may be an empty seat in the stands, but Bobby Hightower is still there with them every Friday night.

“It’s nice for me being his coach, because I don’t miss a game now and our mom has carried on that legacy,” said Coach Hightower.

With Coach Hightower in his fourth year on the sidelines and Dawson graduating this year, you never know what the future holds. But one thing is for sure- the Hightower brothers have left a mark not just with the football program, but for the whole town of Whitney.