Game of the Week: Temple vs. Belton 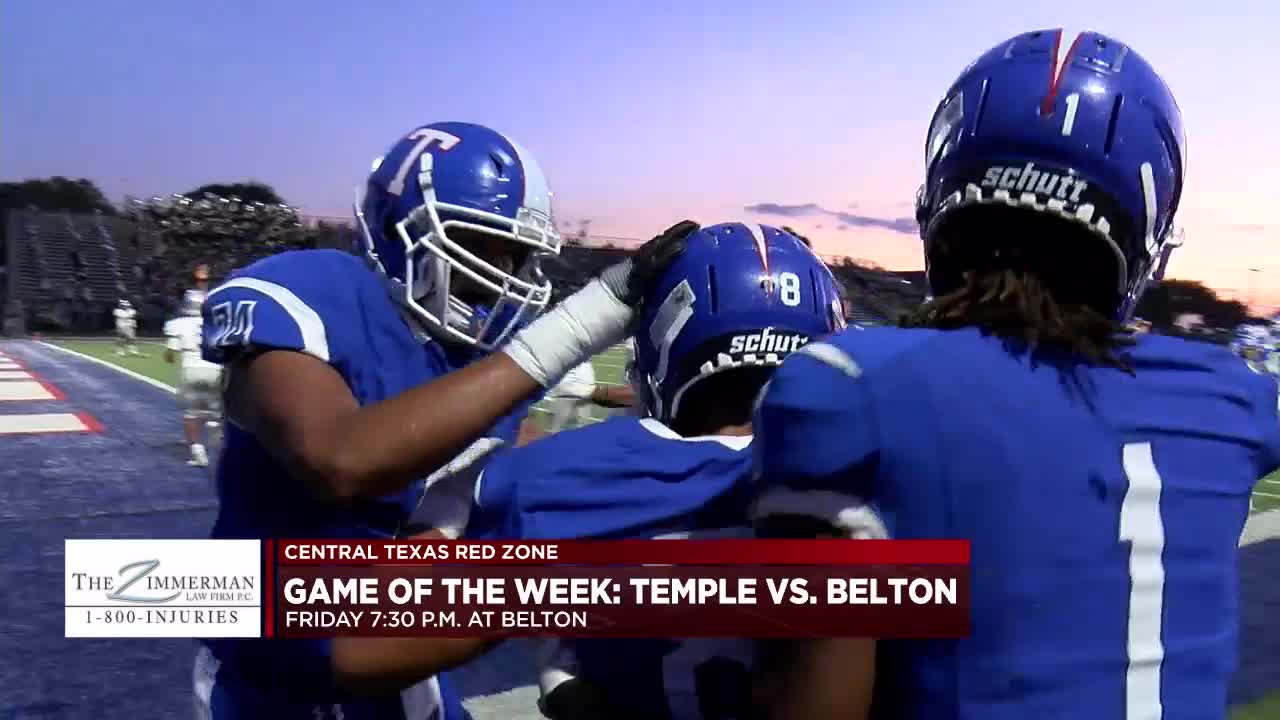 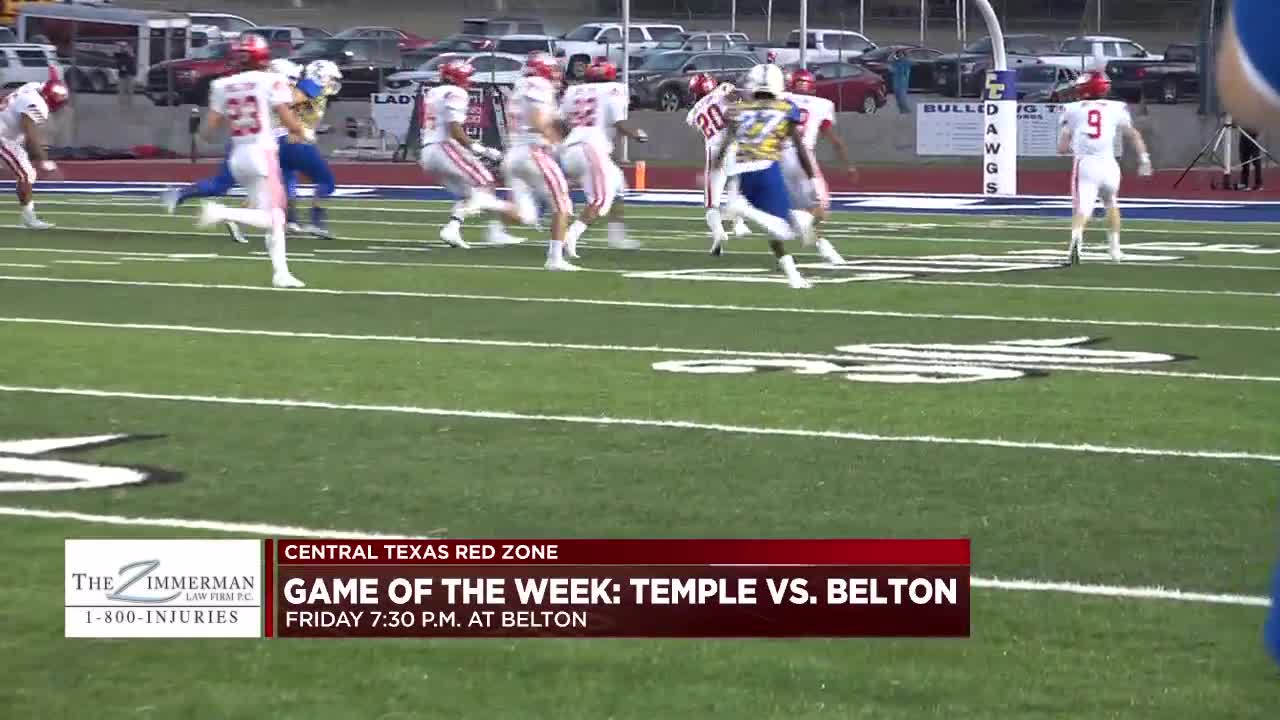 BELTON, TX — It's week six of Texas high school football, and our Red Zone Game of the Week is one these two teams, and their fans, have had circled on the schedule since day one.

It's the Leon River Rivalry.

"Hold on to your shorts. You never know what you're gonna get," Temple Head Coach Scott Stewart said.

Temple versus Belton is on the way to being sold out, and there is no question as to why.

The Leon River Rivalry is one where athletes make plays bigger and better than ever before, like Belton's Logan Smith who nailed a 51 yard field goal to force last year's game into a third overtime.

"When people have confidence in you that only will lift you up and honestly, I had no idea if they would send us out there, but just the fact that he would have that confidence in me is huge," Smith said.

But, the Wildcats secured the 58-55 win at home last season.

This year, the Wildcats are young, and Temple Head Coach Scott Stewart says while he wishes they hadn't had to face so much adversity early on, he's proud with how they've responded.

This week is a different kind of monster though.

"Throw the records out the window because Belton's a good football team. They've dealt with some injury bugs. But, they play sound football. They don't make mistakes. If you can beat Belton, you have to beat Belton. They're not gonna beat themselves, and so, anything goes. It might be a 10-7 game. It might be a 55-53 game," Coach Stewart added.

"It's another football game. They just happen to be across the river," Quincy Marshall, a senior linebacker for Temple, said.

"These are my guys. I've grown up with, playing against all these guys from Belton. But, it's just another game. So, we're preparing the same we would for any other game," Luke Allen, Temple junior quarterback and wide receiver, said.

This year the Belton Tigers have been hit with the injury bug, forcing Head Coach Sam Skidmore to place trust in his youngsters early on.

Their focus this week is cleaning up the little things.

Temple has a dominate wideout group that the Tigers are hoping to shut down Friday night. But, they know it'll be a four quarter battle, maybe even a couple of overtimes. It is a rivarly game after all.

"It's always been huge, and especially last year after the three overtimes and the sold out house, the huge crowd, it was everywhere. I think a lot of people started to realize how big this rivalry is," Belton senior safety Tanner Holman said.

Kick off for the Wildcats and Tigers is set for 7:30 p.m. on Friday in Belton.