Game of the Week: Robinson vs. Troy 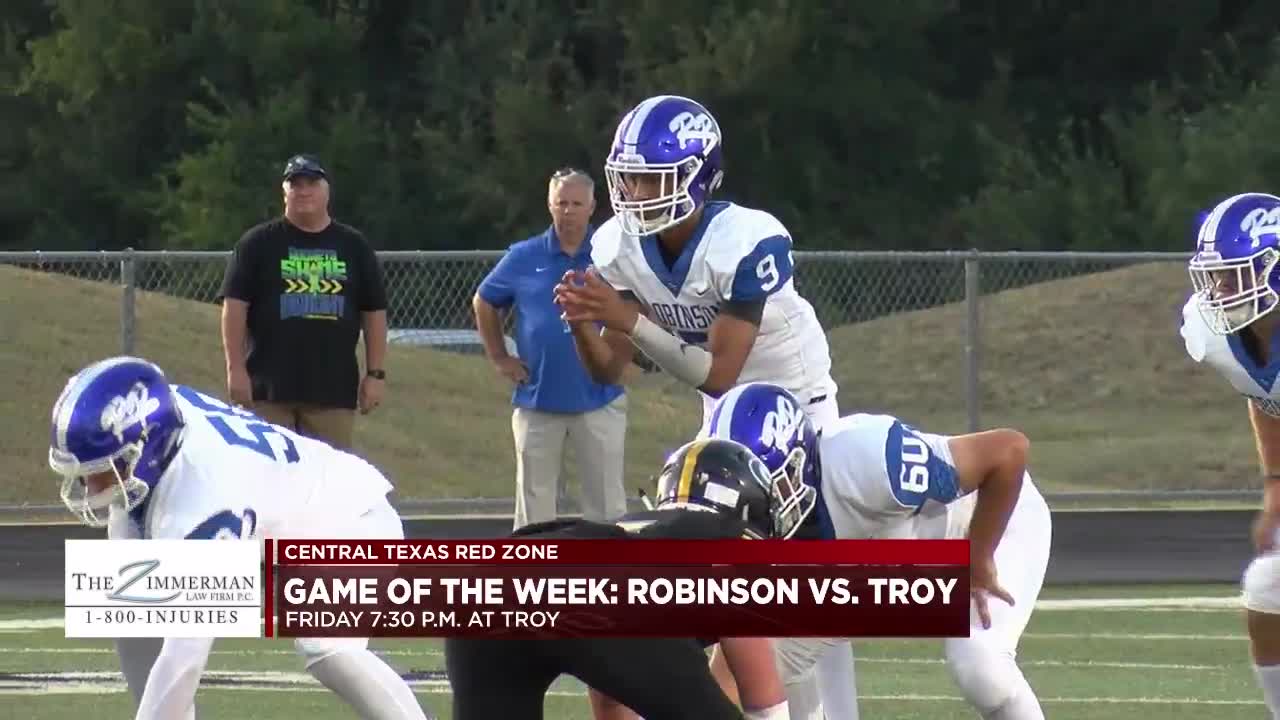 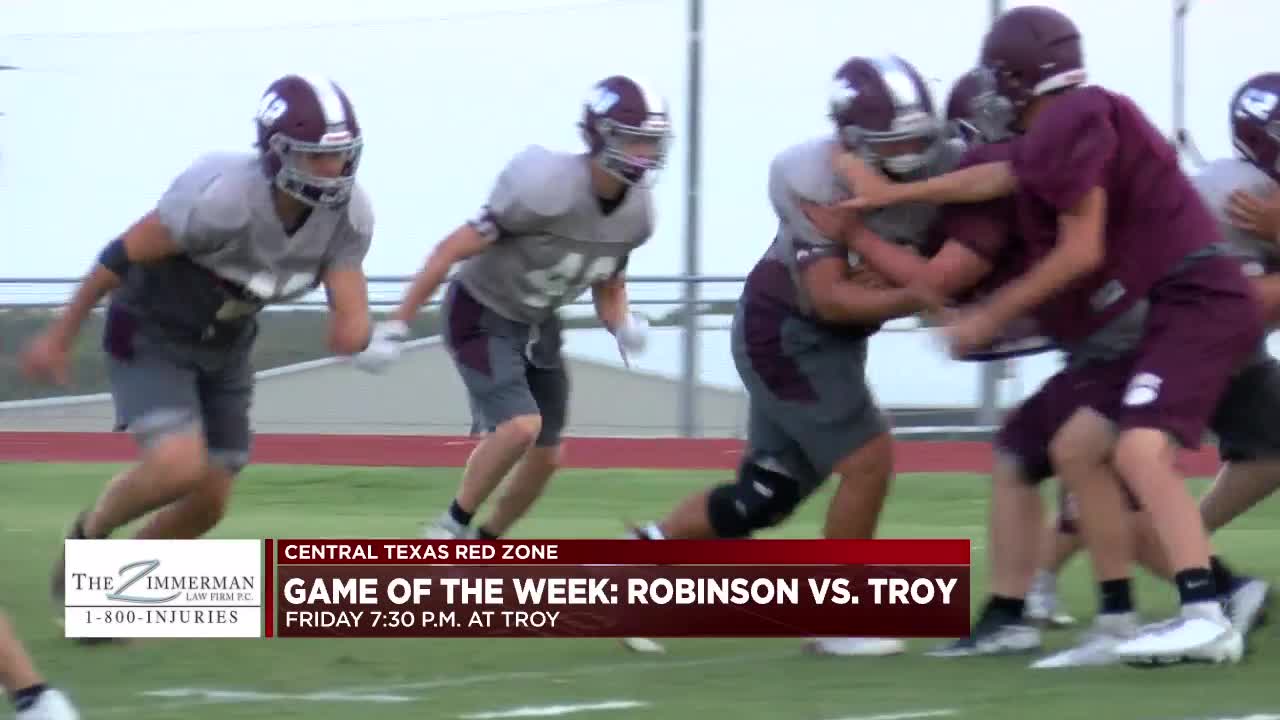 TROY, TX — 25 Sports' week three Game of the Week is Robinson versus Troy. The matchup between the Robinson Rockets and Troy Trojans has gone into overtime the past two years.

With 30 seniors leading the way, the Rockets are soaring to new heights this season.

Last year, the Robinson defense allowed 30 points per game. But, this year the Rockets have only allowed a total of 10 points in their first two games.

That kind of defense typically allows an offense to breathe, but Red Zone Primetime Performer nominee Joseph McHenry and the rest of the Rockets offense hasn't had a hard time finding their way into the end zone.

They're putting up at least 50 points per game, and as of Monday, they're the number 10 ranked team in 4A DII. It's a ranking they're proud of, but not satisfied with.

"This is territory we haven't been in in a while, but the kids didn't get here by not working hard. At the end of the day, we're not worried about who we play or what's going on. We're worried about us. We have to get better every day, and so, we're not gonna sneak up on anybody anymore and that's what happens when you get ranked or whatever the case may be.. which we're not worried about at all. But, it motivates these kids to work harder," Tommy Allison, Robinson's head coach, said.

"Patted ourselves on the back for getting the top ten, but that is not at all where we want to be right now. We want to be higher. We want to be better than that, and so getting higher and better means that we have to work harder. We have to come to practice focused and that our goals have got to be a little bit higher each day. And the teams that we play, we have to go out there and perform," Mason Gregg, a senior linebacker for the Rockets, said.

"Rankings just a number. It doesn't mean anything, especially last year. They were probably ranked higher than us, I'm sure, and we still came out there and beat them," Zach Hrbacek, a junior running back for the Troy Trojans, said.

The past two years the visiting team has come out on top in this battle on the gridiron, but the Trojans are looking to break that streak this year and protect their home turf.

Their plan for doing so is to play with an underdog mentality.

"Coach has been telling us throughout the week that none of the pressure's on us because we're the underdogs. We're expected to lose. The pressure's on them because if they lose, that's a big embarrasment for them," Ben Presley, Troy's senior quarterback, said.

"They're the ranked 4A team, and we're not. We're the one that's still struggling to find our name, trying to figure out who we are and put ourselves on the map," Troy head coach Ronnie Porter said.

Kick off for the Rockets and Trojans is set for Friday night at 7:30 in Troy.