Game of the Week: Lorena vs. China Spring 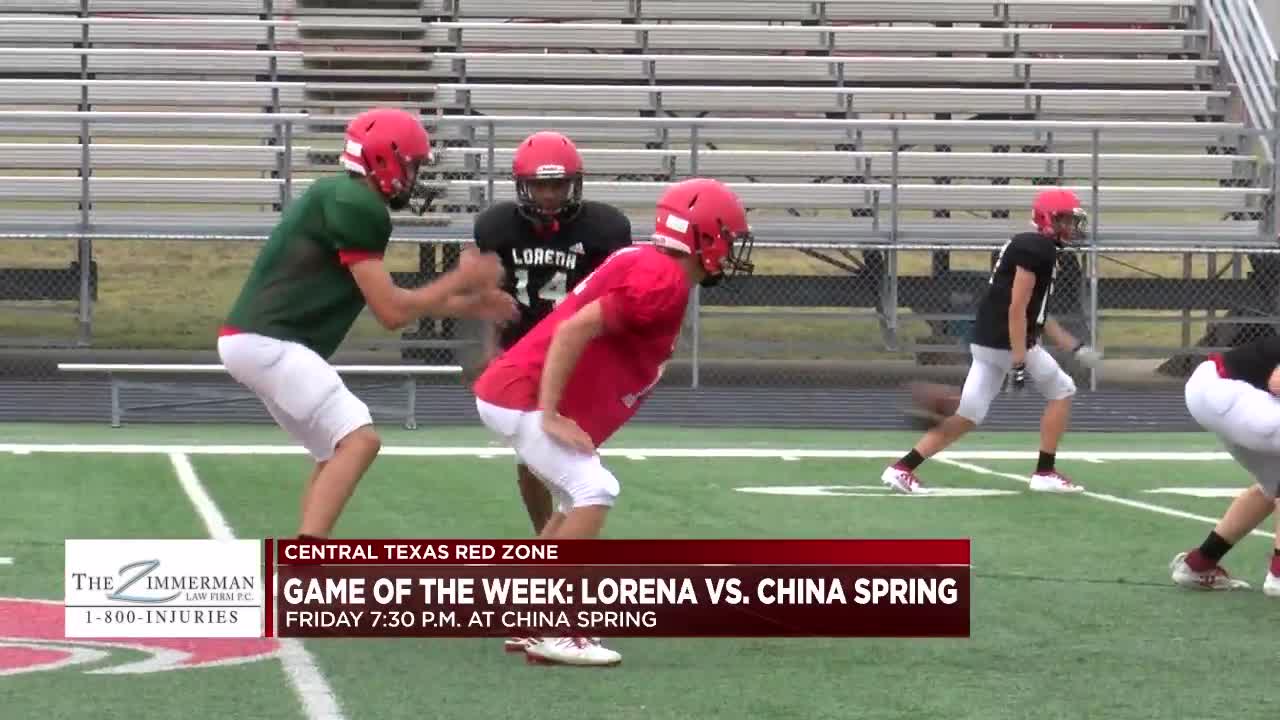 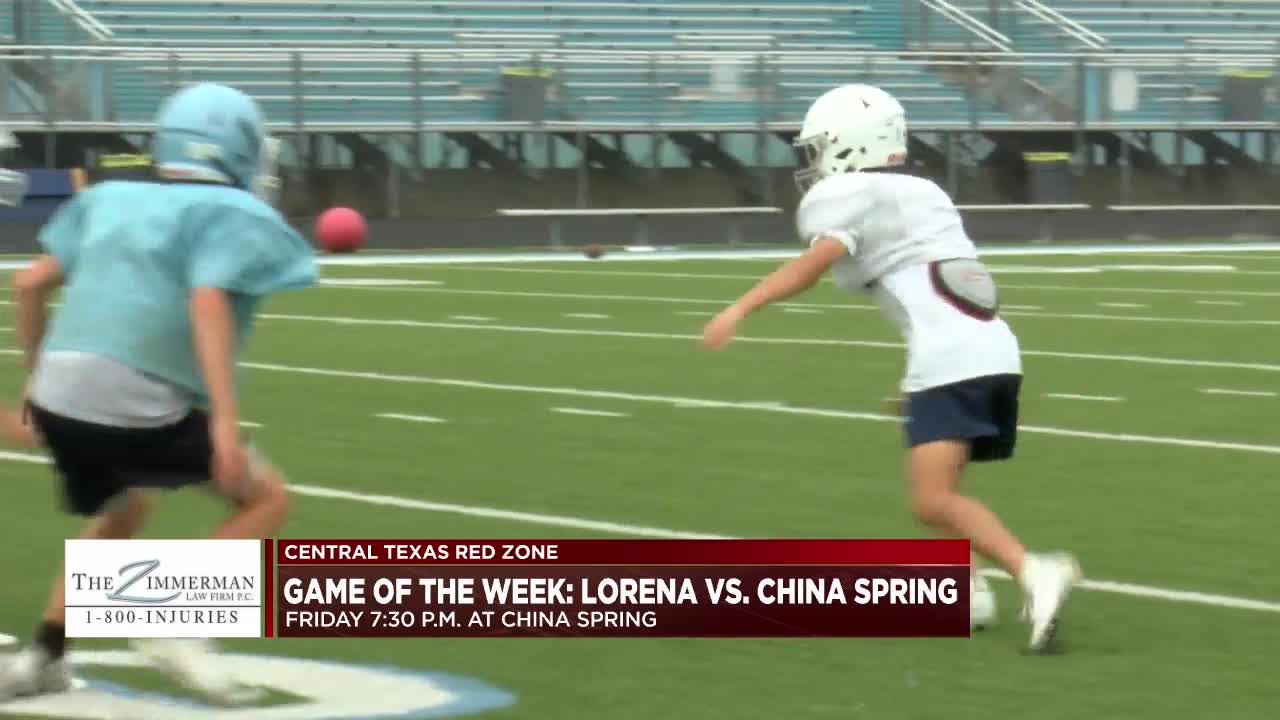 CHINA SPRING, TX — Texas high school football is days away, and our first Red Zone Game of the Week is Lorena vs. China Spring.

"They're a well coached football team. They're not gonna make mistakes. You're not gonna get them out of position, and they're gonna make good tackles and good blocks. Their kids play hard, and so it's a good opponent for us to open the season with because it'll be a measuring stick to find out where we are as a football team and then what areas of improvement do we need," Ray Biles, Lorena's head football coach, said.

It's a top 25 matchup week one, and I'm not sure what more Central Texas fans could ask for.

Last year, these two teams opened up their seasons against each other as well, and it was a cat fight.

In the end, Lorena was able to claim the victory by two touchdowns. But, the Leopards are young this year.

There are 25 guys suiting up on Friday nights for the first time. So, Coach Biles said he's leaning on his seniors to bring the young ones up to speed and teach them what it means to play Lorena football.

"A huge thing that we've been doing this whole season is embracing the process, and we gotta get them behind that. You know, we gotta have our leaders, our seniors, our captains show them the ropes and show them how to embrace the process and they'll follow along," James Dickson, a Lorena senior offensive lineman, said.

Dickson said while his team is young, they've got a lot of fight.

On the other hand, the China Spring Cougars get home field advantage this year, and while they recognize their first game is a big one, they say they're only focused on one thing.

"We're more focused on each other, making sure the Cougars don't beat the Cougars," Nick Tibbs, a senior offensive lineman for the Cougars, said.

It's year two for Head Coach Brian Bell, and as the Cougars gear up for their tough season opener, he's making sure they're all heading "one way."

With only 12 seniors, the Cougars are young. But, their youth has experience and discipline.

It was a cat fight when these two teams opened up their seasons against each other last year, and Lorena came away with the win.

But, this year, the Cougars are the home team and want nothing more than to start their season 1-0.

"This season you know we want to come out every week and go 1-0 and big goal, get to state. I think that's everybody's goal, but we're gonna approach it as one week at a time," KJ Peoples, a China Spring senior slot receiver, said.

"Not very many seniors but their leadership they provide is exponential. They feed these young kids and these young ones are getiing even more reps. So, the future's bright but we're a right now kind of team. We're not looking to the future. We're trying to win right now," Coach Bell said.

Kickoff for the Leopards and Cougars is set for 7:30 p.m. on Friday at China Spring High School.