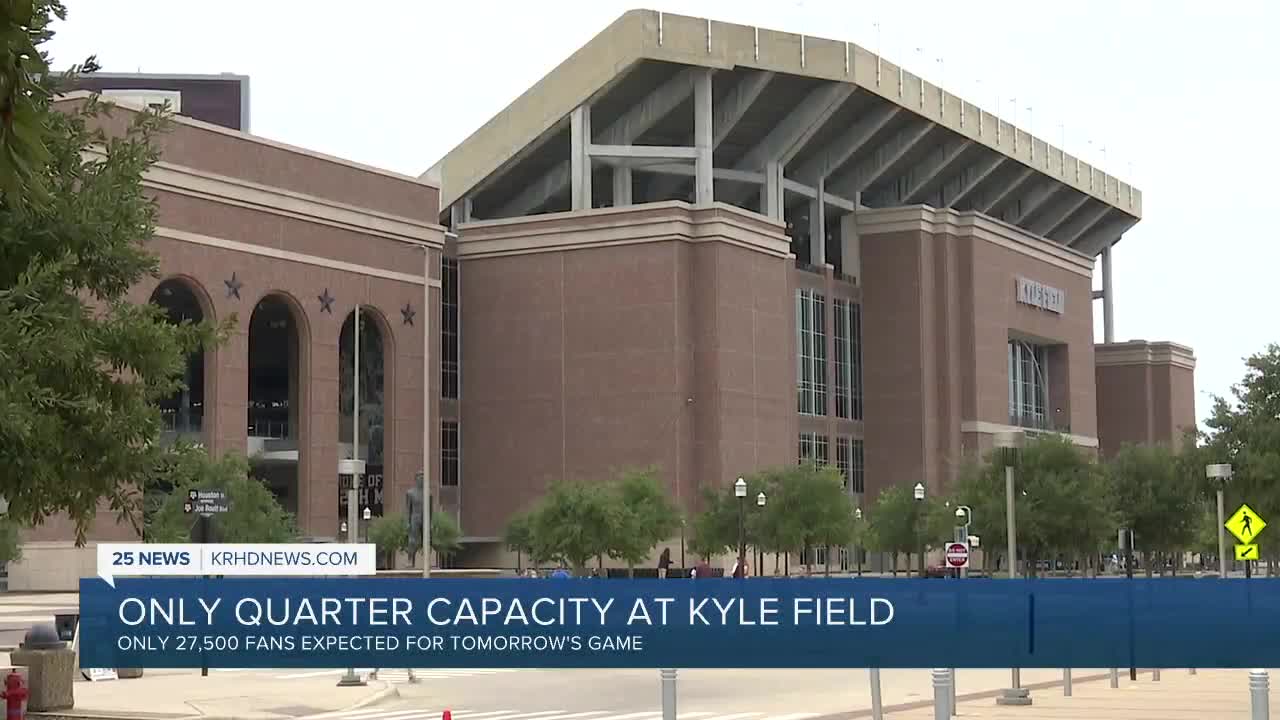 Aggieland is ready for football with limited capacity being the new normal across the country. The fourth largest college football stadium, Kyle Field, will only see 25% of its seats full with 27,500 fans.

Aggieland is ready for football with limited capacity being the new normal across the country. The fourth largest college football stadium, Kyle Field, will only see 25% of its seats full with 27,500 fans.

“I think it's still going to be a huge crowd, and I think we are still going to be as loud as ever. Honestly, I don't think there’s going to be that big of a difference between this year and last year. You just might see some empty spots with social distancing,” said sophomore Jackson Pickett.

The nearly 28,000 fans will be the largest crowd in college football this year in the state of Texas, with the University of Texas allowing 25,000 fans, Texas Tech allowing 15,000, and Baylor only allowing just over 11,000 fans this season.

Many are wondering if the Aggies are ready for a less full Kyle Field. Coach Jimbo Fisher says his team has the controls on Saturday’s atmosphere.

“That’s our job as coaches and players to make the atmosphere. That’s what we have to worry about right now. Can’t depend on the crowd,” said Fisher. “Don’t mean this in a bad way, but should never depend on the crowd. That’s just a bonus. Can’t rely on them to get you there. They help you, they bonus you, you love them, you want to play for them, but as a competitive athlete, you have to bring your own energies and abilities and focus to play at a high level.”

“You know, I think we’ll have a good turnout with the 12th Man and Kyle Field but definitely not be what it’d be like full obviously,” he said.

“You definitely can’t count on everybody keeping their mask on at all times. I know personally I will be,” said Pickett.

To help sanitize Kyle Field after Saturday’s game, A&M will be using drones to make sure all 110,000 seats will be sanitized.

“Rather than using a hand-held sprayer, you can load up the on-board tank on the drone with the appropriate solution and then it allows you to cover a lot more square footage in the fraction of the time. When you’re dealing with tens of thousands of seats, that takes a tremendous about of time if you’re using those hand-held methods,” said Andrew Ashur, CEO and founder Lucid Drones.

Texas A&M says even with the limited capacity they are confident the spirit of the 12th Man will be felt.