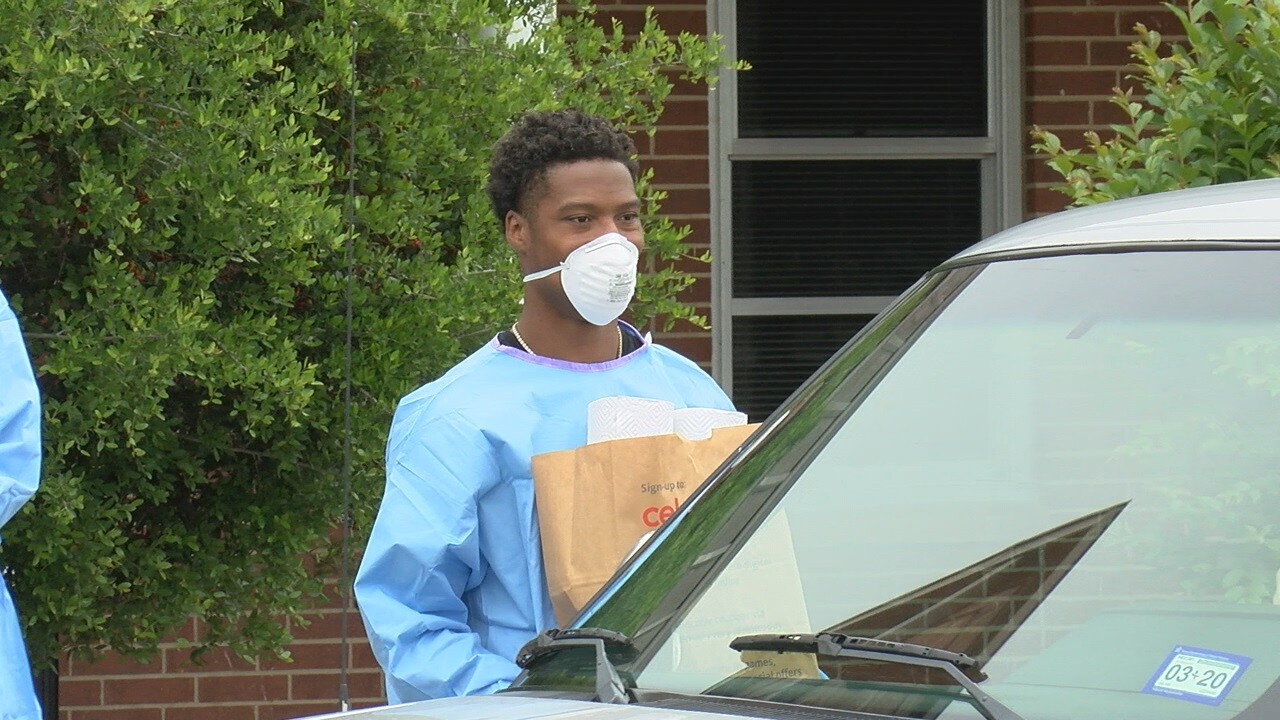 The bags included things like cereal, sugar, canned goods and paper towels, as well as other essential items.

"I knew it was pretty tough for people to go out and get things themselves," Westbrook said. "And I also noticed there wasn't much stuff at the grocery stores for people to get, so I went out of my way to try to get things that people would need in their home."

He asked anyone in need to meet him at the Cameron City Park, where he would distribute the items.

Due to the high number of responses, Westbrook moved the pickup location to Cameron Elementary to better deal with traffic.

He said he was amazed by the amount of people who saw and responded to the post he made on Facebook.

"Whenever you're doing great things as far as your career and the success you're having as a player, you don't see how many people you come into contact with without even knowing," Westbrook said.

He said he coordinated with the Walmart in Rockdale to get the supplies.

Westbrook has previously supported Cameron by hosting a free football camp during the summer. He said he wants to make a point of supporting the place he grew up.

"It's huge for me," he said. "Growing as a kid, I've always wanted to do things around our community cause there wasn't many male figures for me to look up to. So for me to try to be the one to set that trend for the younger guys coming up, it means a lot."

Members of the Cameron community say they have enjoyed following Westbrook's career and are proud to see the ways he continues to reach out to their small town.

"It's real nice to see him give back to the community," Rickey Wilson, a Cameron resident, said. "He grew up here and went to school here. I mean, he's an all-around fella."

Wilson was one of the residents to receive a care bag from Westbrook. He said he was extremely appreciative of the young wide out for helping the city in its time of great need.

"Thank you Dede for giving back to the community. We love you and always will. You're always welcome back home anytime," Wilson said.