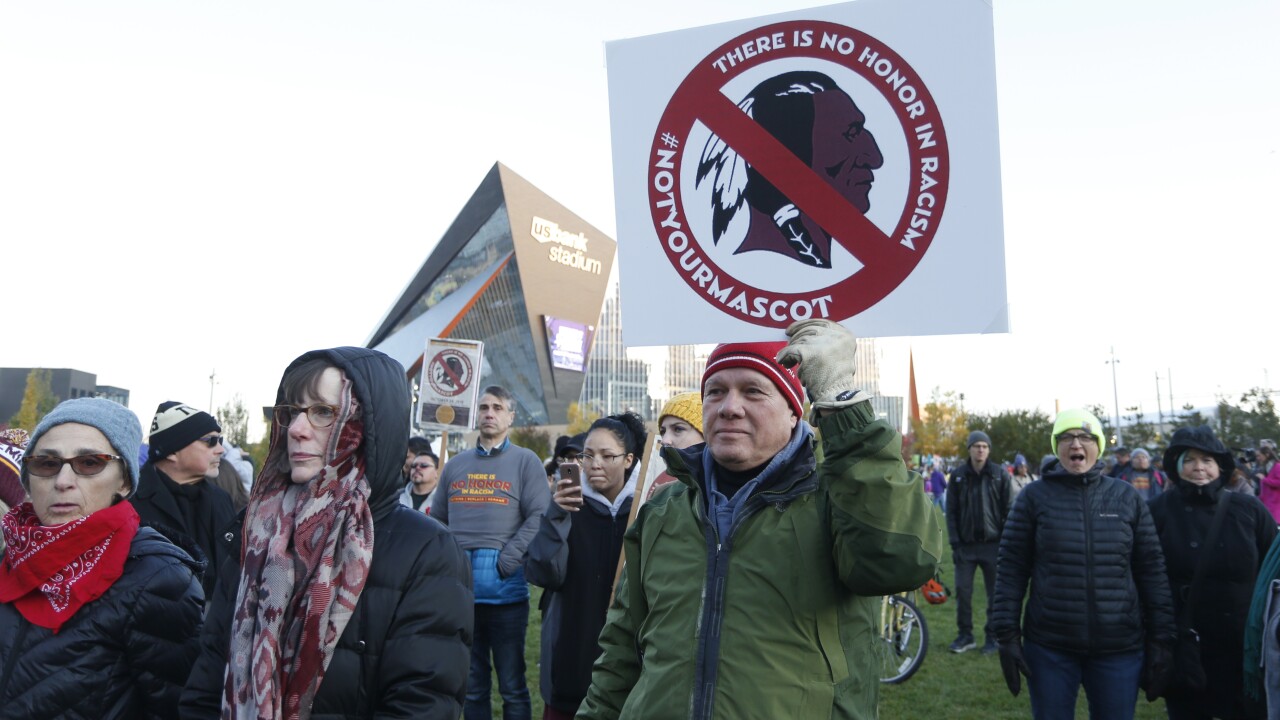 The letter obtained by The Associated Press expresses concern that the organization's process to review the name doesn't involve consultation with those Native American leaders.

The letter says the groups “expect the NFL to engage in a robust, meaningful reconciliation process with Native American movement leaders, tribes, and organizations to repair the decades of emotional violence and other serious harms this racist team name has caused to Native Peoples.”

The team launched a “thorough review” of the name last week, while several prominent sponsors said it's time to change it.

“They name teams out of STRENGTH, not weakness, but now the Washington Redskins & Cleveland Indians, two fabled sports franchises, look like they are going to be changing their names in order to be politically correct,” Trump said on Twitter.