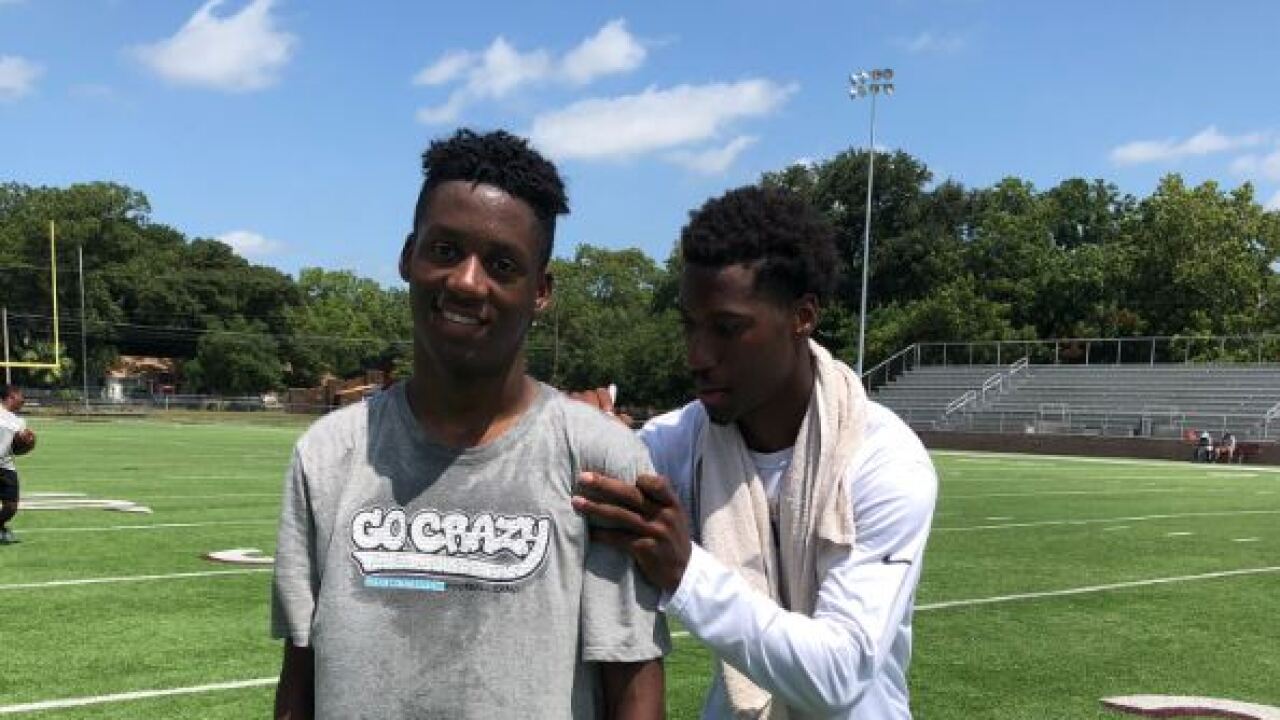 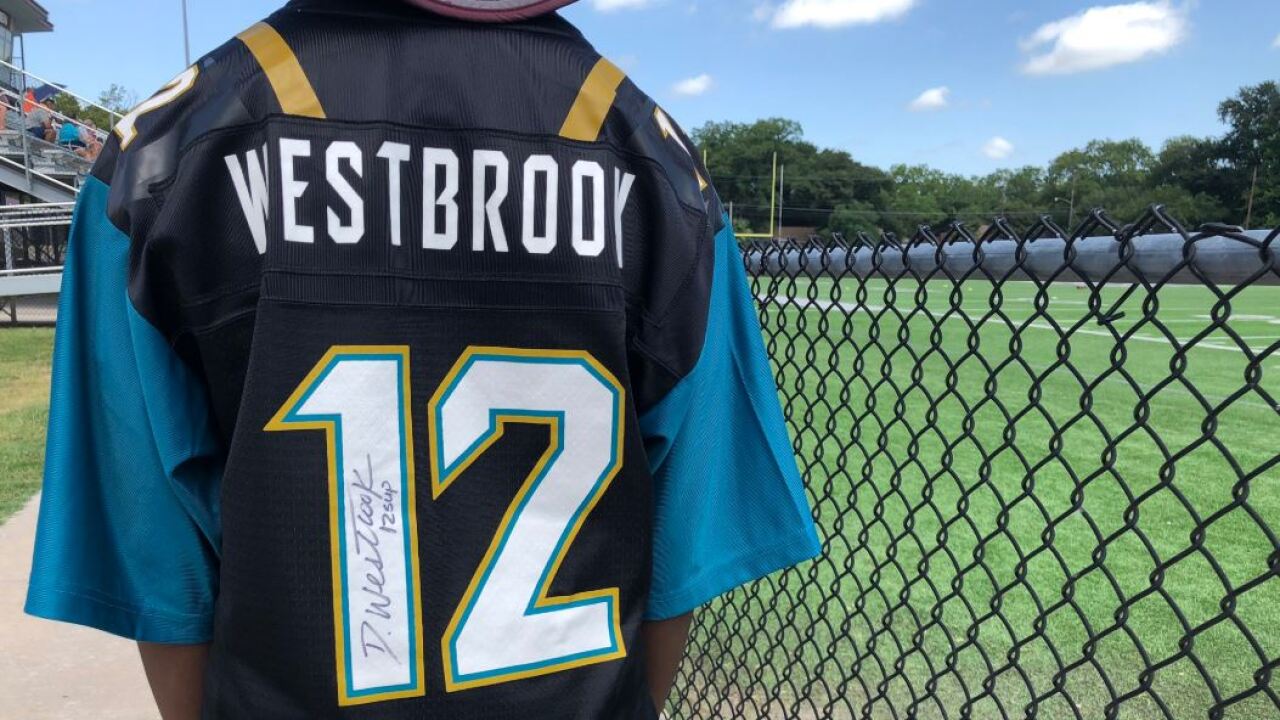 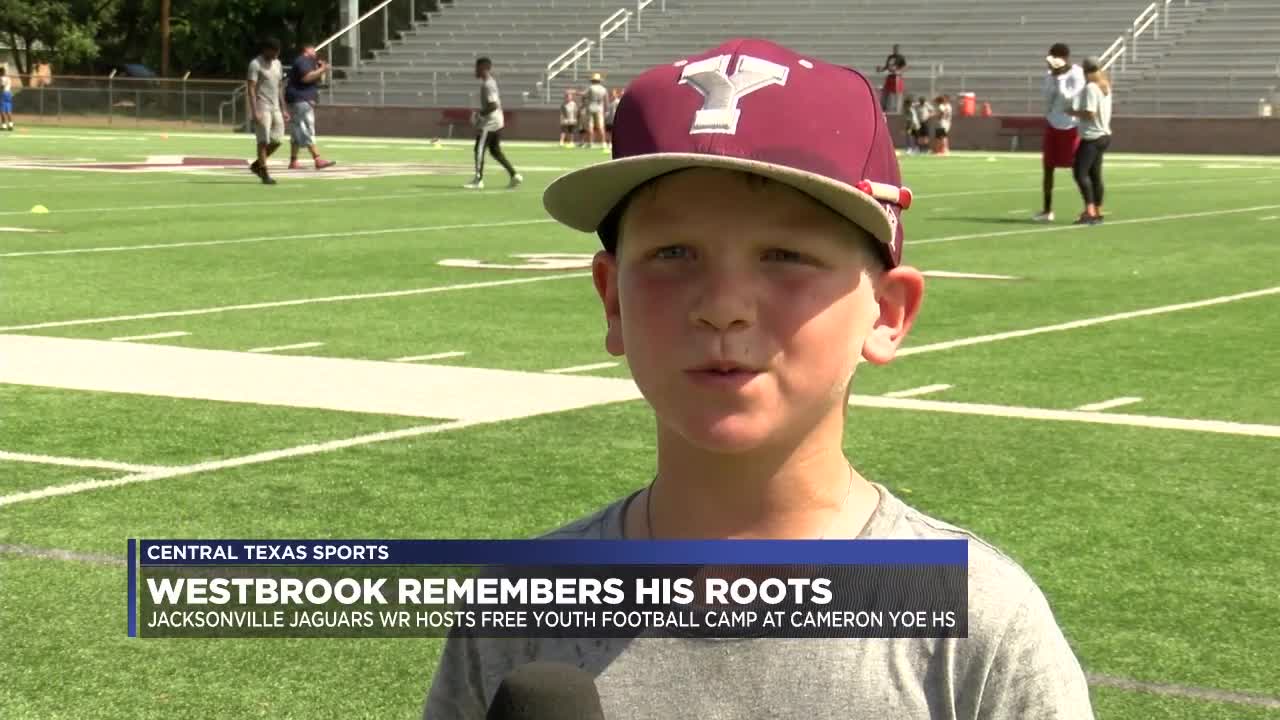 CAMERON, TX — "We don't have a mascot. It's Yoemen instead of Yoeman. So, it's a lot of people instead of one person," said Logan Akin, an 11 year old from Cameron.

Dede Westbrook is a rising wide receiver for the Jacksonville Jaguars. But despite all his success, his hometown roots run deep.

Westbrook was a Cameron Yoe Yoemen and he too was raised like Logan, understanding that being from Cameron means giving back and building each other up.

Well, that mentality shared between an incoming sixth grader and a three year NFL athlete is exactly why Westbrook chose to return to Cameron this weekend and hold a free youth football camp.

The camp reached capacity within a week, meaning over 250 kids, ages 9 to 14 got to learn a thing or two about how someone from their town can one day play on the biggest stage.

"These people gave me a chance when nobody else did, and I just feel like it's the least I can do for my family and everyone else's families," Dede Westbrook said.

"I remember he was a freshman when my mom was a 7th grade teacher, and so, I always loved when he played football cause he would always have fun with the young kids when we would always go play with him. And then he went to Blinn, and I was like oh, he might be able to go to a D1 school. So, he went to Oklahoma, and then I was like oh, Oklahoma that's a very good school. So, I was like I hope he goes to the NFL," Akin added.

Well, we know Westbrook made it, and he's been inspiring kids like Logan who have been following his career since he graduated from Cam Yoe, ever since.

"Growing up I didn't have anything like this, and just me knowing what I know now and just the inspiration that other people have given, and I just wanted to come back and spread the inspirtation to our youth because I know they're extremely talented and I was once in their shoes and maybe needed something like this to put that faith in me that it's possible," Westbrook added.